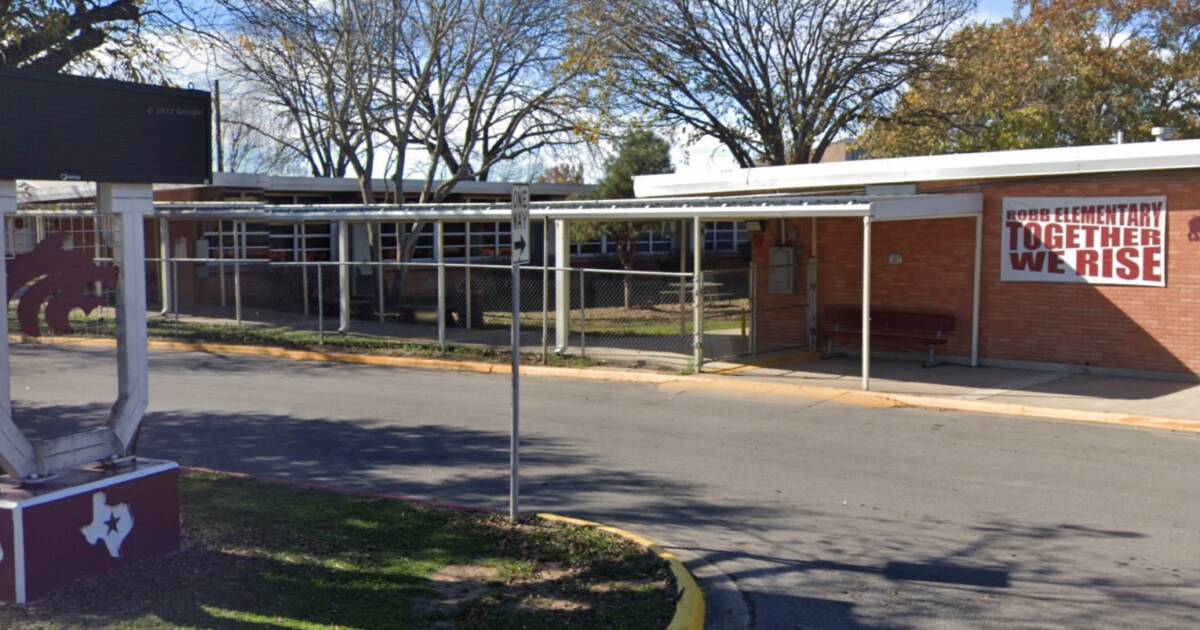 Over the past few days, the fog surrounding the events in Uvalde has begun to clear, revealing a much more monstrous truth. The killer, Salvador Ramos, 18, was not, as previously reported, engaged by armed officers when he arrived at Robb Elementary School. In fact, Ramos arrived at the school in a pickup truck after shooting his grandmother in the face, and shot at two people at a nearby funeral home. He then hopped the school’s fence, and walked through an open door before committing his atrocity.

Texas DPS regional director Victor Escalon told reporters that law enforcement officers did not, as some reports indicate, delay their entry into the school “for an hour.”

Escalon said most of the gunfire from the shooter occurred when he first entered the school but added that he continued to fire shots — some at police — as officers attempted to make contact.

It took officers an hour to kill the gunman once he was inside as law enforcement officers called “everyone that’s in the area” to help, then waited for “specialty equipment” and body armor and organized a tactical team to reenter the school, Escalon said.

Asked whether officers should have gone in sooner, Escalon said, “That’s a tough question. … I don’t have enough information to answer that question yet.”

I don’t think most people have the background or training to question the actions of law enforcement when faced with this kind of situation. Escalon said local officer responded within about four minutes and were fired upon through the wall and a door by Ramos. The officers then withdrew and concentrated on evacuating remaining children from the school while waiting for a better-equipped team to arrive.

The truth of this horrific event gets worse every day as previously reported “facts” are contradicted by the cold facts and video evidence. Ramos simply walked into the school.

Two things that have been focused on, both true, are becoming beside the point issues. The first issue is that Ramos should not have been able to purchase two AR-style semi-automatic rifles and 375 rounds of 5.56mm ammunition. In obvious hindsight, and given what we now know of Ramos, that’s objectively true. But when he purchased the weapons, he was legal. He had no record. He had no mental health history. His mother, Adriana Reyes, was not aware he had bought the rifles.

Reyes also told ABC News that her son is “not a monster.” So when Ramos made his purchases, there was nothing in the legal files to stop him. Any proposals to tighten gun purchase laws is going to be arbitrary and specific to his case. Raise the minimum age, and the next killer, who might be 21, will saturate that policy. Really, the only positive control that could absolutely prevent Ramos from buying a rifle would be to make buying all rifles illegal for everyone. That’s what some liberals want: a wholesale repeal of the Second Amendment. Any solution that ends there is by definition beside the point, irrelevant, and intellectually dishonest.

Yesterday, I proposed concentrating on the point of purchase and thinning out the number of Federal Firearms License holders. The rest would be trained to recognize signs of mentally distressed individuals and put a hold on the sale, which would then be entered into a database and distributed to all dealers until the FBI or BATF could clear it. There’s already provisions for this, with a 36-hour hold, but the sheer number of dealers and FFL holders makes that a fairly difficult play. Plus gun salespeople are not trained to ask the right questions.

The second irrelevancy is why there were no armed officers available to immediately intercept Ramos. I understand that many people want a solution involving heavily armed officers at every school. But even armed officers can’t be everywhere at once. And once a shooter gets inside the school, their response would be not much different than the officers in Uvalde. Remember the Parkland shooting? There was an armed officer on campus but he didn’t engage. The quality of the response, and the outcome, are dependent on many factors, the training and quality of the officers being chief among them.

If Ramos had been intercepted and killed the officer, we would have had a dead officer. The solution then becomes add more officers. Suddenly, there’s a ring of armed police around every school, with varying amounts of training. To properly sustain that would take an enormous amount of money and resources at thousands of schools. It’s just not doable as a primary solution. Sure, we need armed officers to protect students, but they need time and training in the case of an emergency.

But there’s a simple thing we can do. Let’s start by locking the doors. I know, that’s an easy answer, and how can you enforce it when people leave doors unlocked?

I’m going to fall back on my IT and cyber security training here. In the IT risk management world, there are two categories of controls: policy/procedures and technical. When dealing with computers and users, technical controls are always preferred to policy controls. You could have a policy requiring a 10 character password with one uppercase letter, one special character and one number. If you don’t have a technical control requiring the user to enter a compliant password, you might as well not have a control at all.

Of course, that’s an extreme example to make a point. But even the smallest things, like stopping someone from emailing out a client list, which would be a fireable offense if caught, should have a technical control—some kind of filter looking for what might be in a client list—versus finding out the hard way.

Dealing with schools, security controls have been hit-or-miss, because schools aren’t really audited for security like military, government, and technical sites. But perhaps they should be, and they should be funded for that very purpose.

Erick Erickson noted this morning that gun control is a non-starter in the Senate. He wrote that Democrats want to push gun control, but not solutions. Here’s one he suggested:

What about fortifying school doors.  Provide one entry and ample exits.  Control access to the building with security doors that can be opened only from the inside in case of emergency?  Congress loves to spend on infrastructure.  Democrats could get bipartisan support for school upgrades.

I agree. But not just fortifying; let’s equip them with panic protection. Banks have systems that can slam a metal shield in less than a second in front of the teller line. Military installations have “man-traps” where doors snap shut and only one can be open at a time. Some schools have been designed with some types of vestibule where the inside doors can be secured, but many others have glass doors which will shatter if shot. It would be a fairly trivial engineering task to take a military-grade man-trap system and modify it so that if a button is pressed for three seconds, armored doors snap shut, trapping anyone inside, or at least not allowing them further.

The bigger problem would be retrofitting old schools to use the new systems. However, Congress is really good at spending money, and defense contractors, prison contractors, and aviation security contractors who secure airports, jails, and military bases are more than eager to share their knowledge and expertise in the cause of making our kids safe (while making a profit).

It’s a fairly simple, anodyne technical control that would be very effective in keeping killers out of schools. Add to that metal detectors, which are already in some schools but really need to be standard for all schools, including elementary schools, and you’ve got a pretty good system for keeping killers like Ramos out.

We’re always going to have crazy people who fly under the radar of gun laws. Even if we cut the number of FFL holders to under 10,000, and limited where, when and how guns could be legally bought and sold to reign in straw purchases, there will be somebody who will get a gun and shouldn’t have one. They might get it completely legally, or they might steal it, or buy it illegally.

In any case, we’re not going to ever be able to stop that activity completely (go back to the dishonest argument of repealing the 2nd Amendment). Our best focus outside of preventing people who shouldn’t have guns from having one (which has diminishing returns) is to take the simplest, most effective measures to secure places where innocent kids gather, like schools.

The more we learn about the unthinkable events in Uvalde, like what happened in Sandy Hook, the more we realize we’re avoiding the simple things to focus on the wrong things. The solutions might be expensive and intrusive, but they are effective and enforceable. We just spent $40 billion to help Ukraine fight off Russia. Give me a reason why we shouldn’t do this.