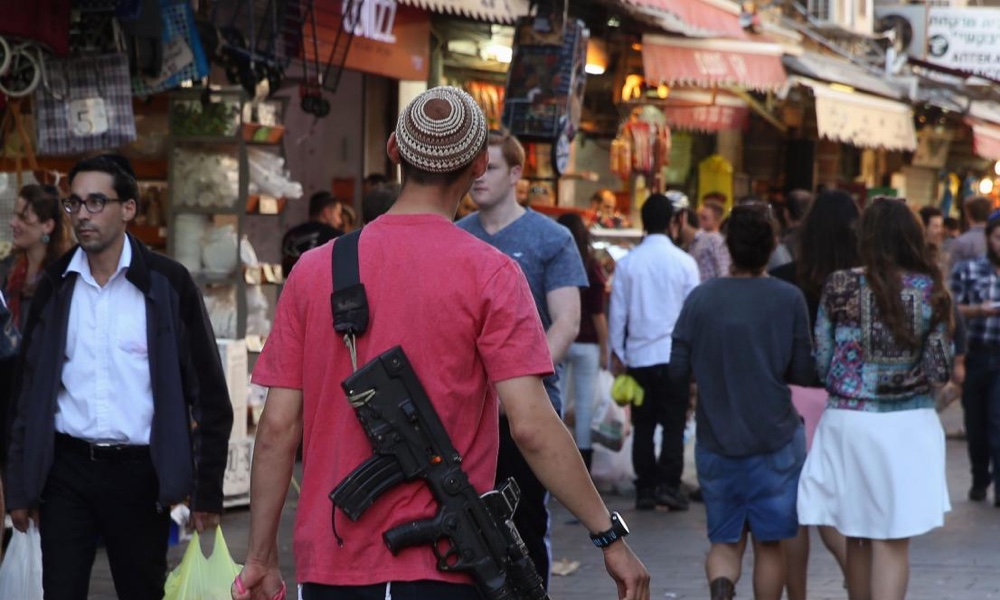 Over Easter weekend, three multiple-victim shootings occurred around the U.S. This was on the heels of the NYC subway mass shooting. Groups of boys, armed and stupid, have claimed malls around the country as their territory, to rob, and terrorize. When these groups clash, gunfire is practically inevitable.

In Atlanta, crime has been greatly increasing at Lenox Square Mall for several years. Despite curfews and bans on teens, the violence has moved to the parking lots, where you can be randomly assaulted by a kid driving a newly stolen car. I refuse to shop there any longer because the risk is too great.

Shootings outside clubs, at house parties, and in public facilities have become more commonplace. Teens toting guns is no longer a horrible exception in some venues, but the rule. The NYC subway shooter planned his crime in detail. It was a political crime brought about by a combination of violent, disordered thoughts and pernicious racism.

I know we’re not allowed to call Frank James’ motivation “racism” because of his race, but the plain evidence available to investigators (and journalists and pundits) indicates that is exactly what motivated him. That plus despair at the failure of government to handle things.

The Biden White House chose this time to focus on a non-issue: “ghost guns.” Kevin Williamson armed himself with actual crime data, and blew the so-called crisis out of the water.

To give you an idea of the situation on the ground, the gun-control group Everytown conducted a review of federal “ghost gun” cases — 114 of them over a decade, a number that should tell you something — and found that there were 2,513 such firearms connected to criminal activity. But — and these are Everytown’s findings, not mine — the crime associated with those 2,513 firearms was illegal manufacturing or dealing in 2,200 cases, not robbery or murder or assault. Put another way, almost all of the crimes associated with so-called ghost guns were, in Everytown’s review of the data, the crime of simply possessing such a weapon in the first place or selling one.

The only people convicted of dealing in “ghost guns” are, in fact, dealers. They are what we would call “process crimes” versus the violent kind we see in mall parking lots and big house parties. A bigger problem than self-assembled kit guns is straw purchases, as Williamson also addressed. Criminals who don’t want a gun to be traced back to a straw purchase will (if they think about it, which many don’t) file off the serial numbers, making a perfectly legal gun into a “ghost gun.” But the sale of the gun in a straw purchase is illegal from the get go.

Straw purchases are typically not prosecuted unless related to a high profile shooting or organized crime. So how do teens get guns? Many times, from their parents nightstands, or unlocked cars. Failure to secure a legally possessed gun should be a crime, but in most places in the U.S., it isn’t.

I actually got fired from an editing gig for writing a pair of essays regarding “a more gun-friendly culture” through more effective gun control. I suggested a few measures like they have in Israel (where there are plenty of guns and no Second Amendment right to own one). “It’s a major offense in Israel to leave a gun unattended,” I wrote. “In the U.S., it can lead to discipline against a police officer (such as the Capitol police sergeant who left a gun in a bathroom). In Israel, leaving a gun in a car unattended will lead to prison.”

Many on the right have made guns their sacred cows. Georgia now has Constitutional Carry, meaning the $80 I paid for my Georgia Weapons Carry Permit was pretty much wasted, except to guarantee my reciprocal right to carry in states that recognize that laminated piece of plastic. Of course, those states don’t include Massachusetts, New York or New Jersey, so I still can’t bring my gun in my car up to New Hampshire, since there’s no way to drive from Georgia without going through those states.

Our problem with guns is the same problem we have with many issues. We’ve so polarized ourselves on politics that we can’t solve the real issues, which is access to guns by people who shouldn’t have them. In some states, a responsible concealed permit holder can’t carry because the permit was issued in the “wrong” (red) state. In others, everyone can carry unless they have a felony or are obviously mentally defective.

Even reasonable (not Trumpist) conservatives tend to believe that the American left is irredeemably steeped in identity politics, focused only on the increase of its own (and the government’s) power, and willing to spill blood to gain those ends. Yet, ask a Baptist pastor if your baptism is “good” if you weren’t dunked in the approved manner in the approved church. We all have our ways of dividing, even dealing with heaven.

When the politics of division meet the failure of imagination and common sense, you get people who take up guns and smoke bombs to make their point. When you have families in need of child care, and kids who from age 10 get to stay home alone for distance learning, and 12-year-olds who grew up to 14 unattended, you end up with giant house parties, and armed kids who make their business hunting for guns, cars, and using both to rob shoppers in mall parking lots. Then they meet other teens who are armed, and gunplay erupts.

We can talk about mental health, affordable housing, NIMBY, gentrification, and white privilege all we want, but until we all sacrifice our sacred cows, on the left and on the right, the disease of polarization will continue to rot our society at the roots.

Yes, we can talk about racists—Black racists. We can talk about white people who are so hung up on identity politics on behalf of Blacks and hispanics that they invent their own elite language to refer to people (latinx) who are perfectly capable of speaking for themselves. These white rich powerful liberals like Nancy Pelosi and the doddering Dianne Feinstein really believe their whiteness is not privilege if they speak for the “disadvantaged” and try to slay conservative sacred cows.

We can talk about reasonable controls on possession of firearms, not by legal, responsible adults, but by unsupervised kids, mental cases, and those who are consumed by suicidal thoughts. But all we get is stupid straw-men and bonfires that seek to ban “ghost guns” which are not even remotely a problem, or all guns, which in the U.S. is basically impossible.

I’m afraid that our political idiocy, added to the stress of a pandemic, the stress of political parties who have smashed all guardrails, and discarded all standards of civility, law, and statesmanship, added to a society that has substituted hate and opposition for compassion and reason, has led to end-stage polarization.

Like all diseases, the visible symptoms are the last thing you see before systemic failure sets in. There are treatments for this disease, namely slaying your own sacred cows, but if Americans decide not to treat it, I fear we’re all going to see more death, shootings, wasted lives, and political violence.