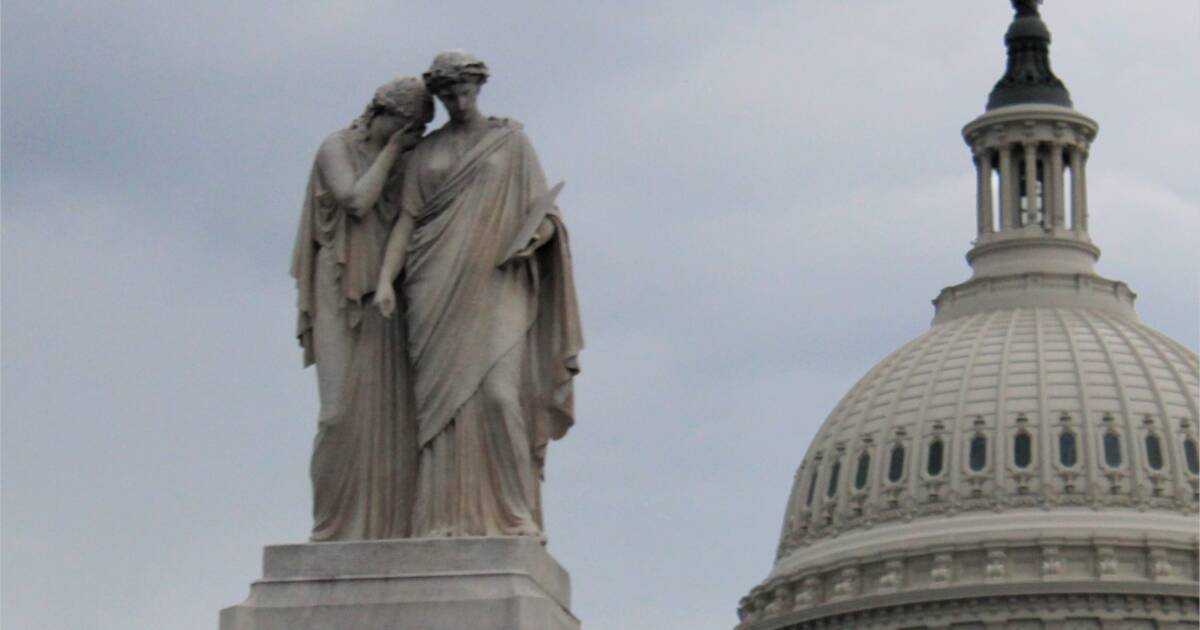 The House passed a $40 billion Ukraine aid package on May 10, and all the media noted that 57 representatives voted against it. All Republicans. Now most people aren’t going to dig deeper into why, or what’s really in the bill. They’ll chalk it up to MAGA, far-right Zelenskyy is a fraud (or monster, or Soros stooge), and move on. That’s what we’re supposed to think—or rather—believe without thinking too hard or asking questions. One hint: $34 billion is how much isn’t going for Ukraine’s defense.

Also keep in mind that the 2021 bill was crafted before there was a leaked draft of the Supreme Court opinion to reverse Roe v. Wade. Even Mass. Sen. Elizabeth Warren admitted the vote was to put “everybody on the record about whether or not they believe that women are full citizens in this country and whether they are entitled to make determinations of their own bodies.” The bill was not some grand compromise designed to give states a reasonable limitation on abortion while preserving the ability of women to seek one.

Now, let me get this straight, before I get into the actual bills. I think we should be giving everything possible to Ukraine, and in fact, more than we’re doing. Not just money, but intelligence, weapons, training, and a real threat to Russians that they can’t just commit war crimes without consequence. The Ukraine bill is important, and if I were in Congress, I would have voted for it. But that doesn’t mean we should automatically rubber-stamp it.

Let’s unpack the Ukraine bill, and later the abortion bill to see what’s in them. First, the Ukraine aid bill doesn’t give $40 billion to Ukraine. According to the New York Times, $6 billion goes to Ukraine for “weaponry, intelligence support, training and other defense assistance to Ukrainian forces.” Another $8.7 billion goes to the Department of Defense to hand to weapons contractors to replenish equipment we’ve already sent.

Another $13.9 billion goes to the State Department, into the Economic Support Fund, to “help Ukraine’s government continue to function,” whatever that means. Last I checked, Kyiv is open for business. U2 played in the subway tunnels (a nice touch, Bono and The Edge, you’re awesome), without fear of incoming Russian troops.

There’s also $4.4 billion for food assistance “in Ukraine and around the world,” which means to me Ukraine won’t get all of that; and $900 million for supporting Ukrainian refugees. That adds up to $33.9 billion, leaving $6.1 billion, well, somewhere, but who’s counting and who’s asking questions?

A couple of Republicans who voted against the bill did make statements, at least on Twitter. Kentucky Rep. Thomas Massie tweeted that “Congress has now spent more money on Ukraine in six months than we spend on all US roads and bridges in a year.”

It’s funny that Massie is known as “Mr. No” and was threatened with being thrown out of the Republican Party in the Trump administration for opposing Trump’s massive COVID-19 rescue plan. Massie voted no on President Biden’s infrastructure bill that became law, which allocated $110 billion for roads and bridges. At least Massie is consistent; he’s proud that he “voted against ALL” aid to Ukraine.

Judge for yourself, but I say, yes, it is all Putin’s fault. Mark Levin took a different tack, citing the lack of time available to study how the money is being spent.

I agree in a small way. Ukraine deserves all the aid we can give it, not because it’s some paragon of democracy and Western values. It’s not. Neither is Zelenskyy the hero he plays on the world stage, but he is doing what he needs to do to defend his country. He’s doing his duty, and doing it well from a television producer’s viewpoint. Ukraine deserves the aid because it’s fighting Russia, which under Putin has become a problem the West has to deal with. One day we’ll be past this problem, and we’ll learn how to deal with Russia again (sans Putin, or someone worse). But for now, we must concern ourselves with keeping the war from expanding, or escalating.

The best way to limit suffering is not to end the war quickly, with Putin as the victor. Does anyone want to argue that Putin will treat Ukrainians kindly if he won? Does anyone want to ask what is happening to the tens of thousands of Ukrainians who’ve been sent “east” deep into Russia? Does anyone read history? The best way to limit suffering is to end the war, decisively, with Putin as the loser, and to keep the war from having other nations invaded by his criminal hordes. This means putting all our efforts into Ukraine.

Yet that doesn’t mean it’s wrong to question the $40 billion price tag, and where the money is going. It’s not wrong to vote against it either, though it’s a show vote, and only good for grandstanding purposes. Except for Massie, who votes no on everything.

Moving on to the abortion bill. I read it. It establishes a national right to abortion, without giving states the ability to require abortion providers to perform tests or medical procedures in connection with the abortion—in other words states can’t require that the doctors have privileges in a hospital. It bars states from requiring abortion providers to offer any other tests, services or procedures before or after the abortion. It bars states from limiting the kind of information the provider can give to the patient—”medically inaccurate information” as the text reads.

It prohibits states from regulating what drugs an abortion provider can prescribe or dispense. It bars regulating telemedicine abortion consultations. It prevents regulation of “physical plant, equipment, staffing, or hospital transfer arrangements,” or “credentials” of personnel—as I wrote above, hospital privileges can’t be required. Abortionists can run abattoirs and slaughterhouses.

It doesn’t allow states to require pre-abortion consultation visits prior to the procedure. Show up and get one. And the worst: states can’t prohibit “abortion at any point or points in time prior to fetal viability, including a prohibition or restriction on a particular abortion procedure.” And, they can’t ban “abortion after fetal viability when, in the good-faith medical judgment of the treating health care provider, continuation of the pregnancy would pose a risk to the pregnant patient’s life or health.”

The bill is not a compromise. It’s abortion, anytime, without limitation, nationwide. Anyone even marginally pro-life cannot ever vote for this. It’s totally a show vote for Democrats to bow before the altar of Molech. The fact that Sen. Raphael Warnock, a Baptist pastor, voted for it is a serious breach of his ethical duty to God as a preacher. Let the record show that in heaven.