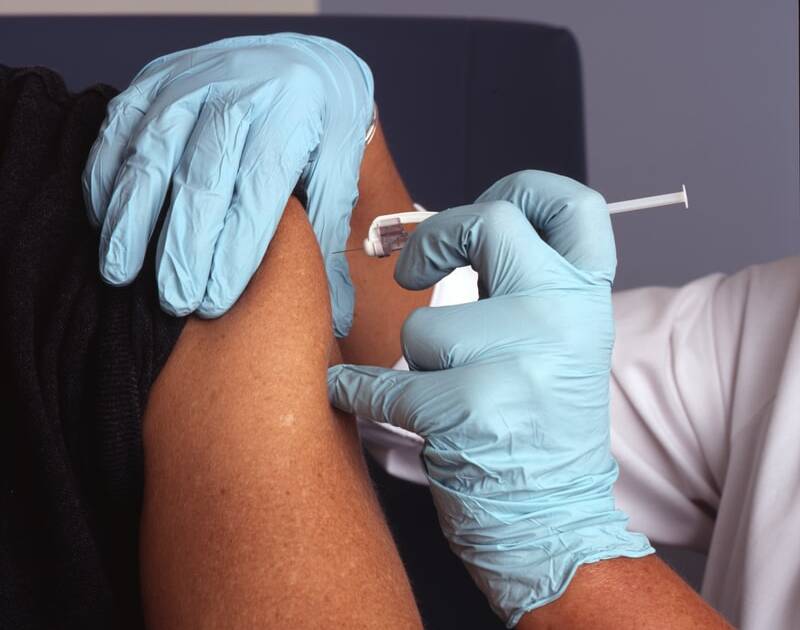 I’ve been disappointed at the resistance to the COVID vaccines from the Christian community. From the beginning of the pandemic, churches have been a source of many COVID clusters and a source of resistance against many defensive strategies aimed at inhibiting the spread of the virus. This is tragic, both for the church and the greater population of the country and the world.

Among Christian anti-vaxxers, some oppose the idea of meddling with God’s will by intervening with medical treatments. This attitude reminds me a lot of how Muslims use the phrase, “inshallah.” As Zeba Khan explained, the phrase is a way to cover all of life’s bases.

For example, some churchgoing anti-vaxxers might say, “God willing, I won’t get sick, but I’m not getting vaccinated because the virus s blown way out of proportion anyway. If I die from COVID, it was just God’s will. Taking the vaccines means you don’t have faith.”

But is it really? Would God have given us the vaccines if he did not intend for us to use them?

And what about other medicines and lifesaving techniques? Does it show a similar lack of faith to wear a seatbelt or put on sunscreen? Would this mean that we don’t trust God to protect us from car crashes or skin cancer?

Of course not. God gave us brains and technology in order to help us save lives and reduce human suffering. Many early medical scientists, including the inventors of vaccine technology, were Christians. Rather than taking a hands-off, “inshallah,” view of the world, these medical pioneers took the view that God had created an ordered universe that allows man to use knowledge to make our world better. This is the fundamental idea behind the many, many hospitals founded by religious groups.

Maybe it’s God’s will that Christians die of COVID-19, but maybe it’s not. Maybe Christian vaccine skeptics are cutting their lives shorter than what God wills.

If I drive my truck off a cliff, God can save me, but he won’t necessarily do so. If I die in the crash, that doesn’t mean God willed me to drive off the cliff. I will have used my free will to shorten my life. It’s the same for many who refuse to protect themselves from the virus.

If Christians refuse to take vaccines on the grounds that it interferes with God’s will, then they should take the next logical step and refuse medical treatment if they contract COVID. Isn’t taking oxygen or Ivermectin or going on a ventilator going against the natural course of events? For that matter, to be logically consistent, they should refuse treatment for other diseases and accidents as well. If you get bit by a snake, it must be God’s will that you die of the venom if your natural immunity fails, right?

At least one hospital has called religious objectors to the COVID vaccines out on this illogical double standard. Conway Regional Health System in Arkansas is asking its employees who request religious exemptions to sign an attestation that they will not use other certain common medicines if they refuse to be vaccinated for COVID-19. This policy addresses another common objection to vaccines as well.

“The intent of the religious attestation form is twofold: to ensure staff requesting exemption are sincere in their beliefs and to educate staff who might have requested an exemption without understanding the full scope of how fetal cells are used in testing and development in common medicines,” explained President and CEO Matt Troup to Becker Hospital Review.

The form lists 30 medications, including Tylenol, Benadryl, and Sudafed, and asks employees to “truthfully acknowledge and affirm that my sincerely held religious belief is consistent and true and I do not use or will use any of the medications listed as examples or any other medication … that has used fetal cell lines in their development and/or testing.” Hopefully, employees with sincerely held religious beliefs would not lie on the form.

As I wrote for The First last November, leading Christian ethicists rated the Pfizer and Moderna vaccines as “ethically uncontroversial” because neither used stem cell lines taken from aborted babies. Many ethicists also hold that medicines that are not ethically produced can still be used to save lives in emergencies, such as a pandemic.

But what about the COVID vaccines specifically? Aren’t they particularly ineffective and dangerous? After all, news stories show that Delta breaks through the vaccine-created antibodies and that vaccinated people can still spread the disease.

For starters, the effectiveness of vaccines against Delta is better than generally assumed. “Less effective” is not a synonym for “worthless.” You’re still much better off with a vaccination than relying on “natural immunity,” not least because if you do beat the odds and get a breakthrough infection you have a much smaller chance of having a serious case that requires hospitalization. The effectiveness of the COVID vaccines is proven by the fact that almost no one who is fully vaccinated gets sick enough to go to the hospital.

The second misconception is that vaccines don’t prevent the spread of the virus. While people with breakthrough infections are contagious, research shows that vaccinated people may be contagious for a shorter time. And the most important factor to note here is that if you don’t get infected because you were vaccinated, you can’t infect anyone else at all.

Finally, severe side-effects after COVID vaccines are extremely rare. The CDC reports that VAERS shows a mortality rate of only 0.0020 percent after vaccination. Note that the rate is after vaccination and not because of vaccination. VAERS reports raw data and does not show causes of death. Other serious adverse reactions are also rare.

I’ve related the story of the COVID outbreak in my church before. My vaccinated wife was infected at a Sunday church service in July after we had stopped wearing masks. Dozens of people were infected. One woman died after weeks on the ventilator and another lost her baby within a few days getting sick.

Even though my wife, who is high risk, got sick, she didn’t have a serious case (although she still has almost no sense of smell after almost two months). Neither I nor my kids, who are also vaccinated, ever got sick at all. I credit much of our good fortune to God’s gift of vaccines.

We’ve addressed the major religious objections to vaccines. We’ve seen that the use of vaccines is no more unchristian than wearing a seatbelt or taking an aspirin. We have also seen that the most common vaccines in use in this country did not benefit from stem cell lines derived from abortion. Finally, we’ve seen that the vaccines are both very safe and very effective.

The Bible tells us to test the prophets by determining if what they tell us is true. We should apply that advice to politicians, pundits, YouTubers, and others. If their words don’t match the real world, we should not continue to listen to them. The people who say not to get vaccinated are objectively, morally, and tragically wrong. The belief that secret knowledge about shadowy cabals of satanic elites who are pushing vaccines for nefarious purposes is more akin to the Gnosticism that Paul preached against than the Christianity of Jesus.

Christianity is about truth and love. These days, a great way to show love for your neighbors, the second most important commandment according to Jesus, is to take steps to avoid making them sick with a deadly virus. Vaccinate and, if necessary, mask up. And do it joyfully.

There is a fundamental (pun intended) reason that Christians should embrace vaccination. Why should the lost listen to a word we say if we can’t separate the facts of viral spread and pandemic deaths from the fiction of conspiracy theories? If Jesus died for us, the least we can do to not undermine the Gospel and the notion of Christian love is to get vaccinated to avoid spreading a life-threatening disease around our community.

And by the way, if you insult people by calling them sheep, are you really part of the flock?