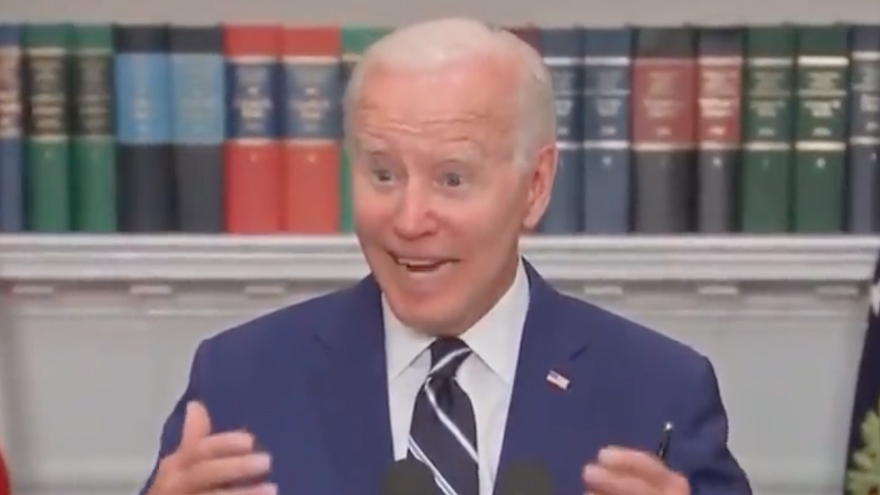 A new report from the Wharton Business School is shedding more light on the President’s Inflation Reduction Act, claiming the legislation will actually increase inflation throughout the next 18 months.

PWBM estimates that the Inflation Reduction Act, as written, would reduce cumulative deficits by $248 billion over the budget window.

The Act would very slightly increase inflation until 2024 and decrease inflation thereafter. These point estimates are statistically indistinguishable from zero, thereby indicating low confidence that the legislation will have any impact on inflation.

We project no impact on GDP by 2031 and an increase in GDP of 0.2 percent by 2050. These estimates include the impact of debt and carbon reduction as well as capital and labor supply distortions from rising tax rates.

As written, the Inflation Reduction Act contains a sunset for the Affordable Care Act (ACA) subsidies provision at the end of 2025. Under an illustrative scenario where that provision was extended indefinitely, the 10-year deficit reduction estimate falls to $89 billion. The impact on GDP remains zero through 2040.

JOE’S BIG DAY! President Has NOTHING on His Schedule as US Crashes into Recession

JOE’S BIG DAY! President Has NOTHING on His Schedule as US Crashes into Recession

President Biden’s official schedule was empty Friday just one day after economic data showed the US sliding into a full-blown recession. The President’s public calendar was notably empty despite receiving his Daily Brief at 10:15AM. This is a developing story…

IS JOE OKAY? Biden Launches into 90 Second Incoherent Rant, Asks if He’s ‘Making Sense to Anybody’

IS JOE OKAY? Biden Launches into 90 Second Incoherent Rant, Asks if He’s ‘Making Sense to Anybody’

Joe Biden launched into another incoherent rant about the economy Thursday, mumbling for 90 seconds about “checks, the middle class, raises, and the Rescue Plan.” “One of the things that I find is… I look at… I take it very seriously… The American people and the economy… I started thinking about it… You know, we …