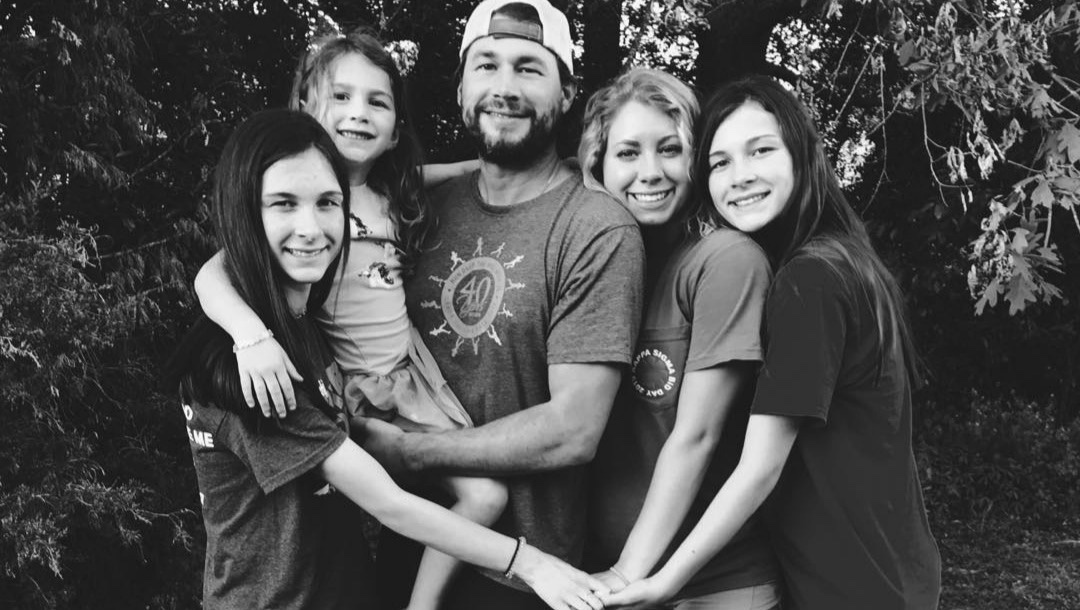 My friend Terry Theus preached a funeral I attended Saturday. I sat in the front section of the chapel with the family, because I had married into the Luther family nearly 15 years ago, and the Luther family is hurting right now in a way so many families would recognize from their own pain.

Before and during the pandemic, the family lost its matriarch and patriarch, Juanice (“Foofer”) and Fred, Sr. (“Poppa”). Together, they helped raise not only my wife, but her Uncle Ken and Aunt Kat’s three boys. Fufer’s table, bedrooms, and couches were always open to grandkids when family difficulties arose. Her grilled cheese sandwiches were legendary. Poppa Luther’s fish fries got the family together over decades. As much as their loss hurt and can never be replaced, the memorial service Terry preached on a hot July morning in central Georgia was not for them, but for a 39-year old man who left behind by his death a wife and four daughters.

Ben was 39 years old, and had struggled with addiction.

As much as his burden weighed on his mind and earthly body, his heart found rest and purpose with Jesus. Ben loved life, his daughters, who he called his “angels,” his family, and he loved playing sports, especially soccer. He could have deep conversations, or just chat about cutting grass. When Ben was a soccer coach in Macon, he used to cut our lawn in exchange for our investment in his summer side lawn business—we bought him a used professional riding mower. He was a hard worker and a good provider.

Sometime in the last year, as he struggled to free himself, running from the clutches of ruin, he called Terry, a man with a past addiction story, who has known the Luther clan since Ben was barely out of diapers. As Terry recounted, the conversation consisted of “I need to get closer to God, can you help me?”

“If you’ll do what I say, I believe I can,” Terry replied. Daily Bible reading, study, prayer and meditation were the prescription, with a roadmap to recovery and complete accountability. Together, Ben and Terry blazed a trail out of addiction and into a life of purpose, power, and God’s love. Ben was the first graduate of a program that has now, in a short time, helped over 150 people free themselves, and Terry is now the Celebrate Recovery pastor at The Assembly in Warner Robins, Georgia.

Yet, we don’t know what occurred in Ben’s life when his struggle returned, and this time he was not able to recover, moving from life to the eternal.

This reminds me of a man who planted deep seeds in the 18th century named William Cowper. I’ve quoted him in a Sunday School lesson: “a life of ease is a difficult pursuit.”

An upper-class Englishman, Cowper suffered setbacks in his life which led to multiple suicide attempts. He found grace after this 31st birthday. Seeking a family life with a wife and children, his own emotional health prevented him from gaining what he sought. At 42 years old, he believed God wanted him to take his own life. The woman who was always his close friend but never a romantic partner, intervened.

Cowper was a hymn writer. You might recognize some of his work, which was published in 1779 in the hymnal Olney Hymns, along with his good friend John Newton. One is called “Praise for the Fountain Opened.”

There is a fountain fill’d with blood.
Drawn from EMMANUEL’s veins;
And sinner, plung’d beneath that flood,
Lose all their guilty stains.

Another is “Light Shining Out of Darkness.”

GOD moves in a mysterious way,
His wonders to perform;
He plants his footsteps in the sea,
And rides upon the storm.

John Newton wrote what may be the most famous hymn of them all: “Amazing Grace.” Such company to keep, and such fruit to bear, from a life filled with difficulty and trouble. God sees none of that, only the seed of a light-filled soul that is putting down a tap root to His unsearchable grace.

Perhaps, if the pandemic were not happening, and family could have only intervened in that moment of Ben’s need, we all think in our minds, we’d still have him here. That’s true, but there would be other days and other troubles, because the nature of a seed is to die to produce fruit. Whether that results in physical death or not is not a matter for us mortals to ponder, because God is the Judge and Arbiter of life and death.

Life is a race we all run, whether in the flesh or the spirit. Quoting Paul in 1 Corinthians 9:

50 I declare to you, brothers and sisters, that flesh and blood cannot inherit the kingdom of God, nor does the perishable inherit the imperishable. 51 Listen, I tell you a mystery: We will not all sleep, but we will all be changed— 52 in a flash, in the twinkling of an eye, at the last trumpet. For the trumpet will sound, the dead will be raised imperishable, and we will be changed.

Ben Luther was running for something incorruptible, the crown that lasts forever. He planted a seed in a ministry that will, I believe, save thousands from the fleshly race, running away from the corruptible that the enemy has prepared for us. That path was blazed with love, and discipline, and friendship. Others now tread that path and their souls will flourish because of Ben’s one call for “help.”

Terry used an acrostic for “HELP” which I’ll share:

E – Everyone; we all need healing, and we can all help others heal

L – Look; look around for opportunities to provide aid

If William Cowper could, in a life of suicide attempts, failed aspirations of family and romance, write some of the most heartfelt and powerful hymns we still sing today, then how much more can a soul like Ben’s pave the way, as a loving father, a providing husband, a supporting brother to his two younger siblings, and a son both of his parents, through the tears, beam with pride when they remember.

One more thing. Ben’s family needs help. His loss creates a financial need and one of his friends has created a GoFundMeto help his wife and four daughters. Please consider, in your own way and charity, giving.

God bless you, and may your soul find rest in the shade of God’s covering wings.