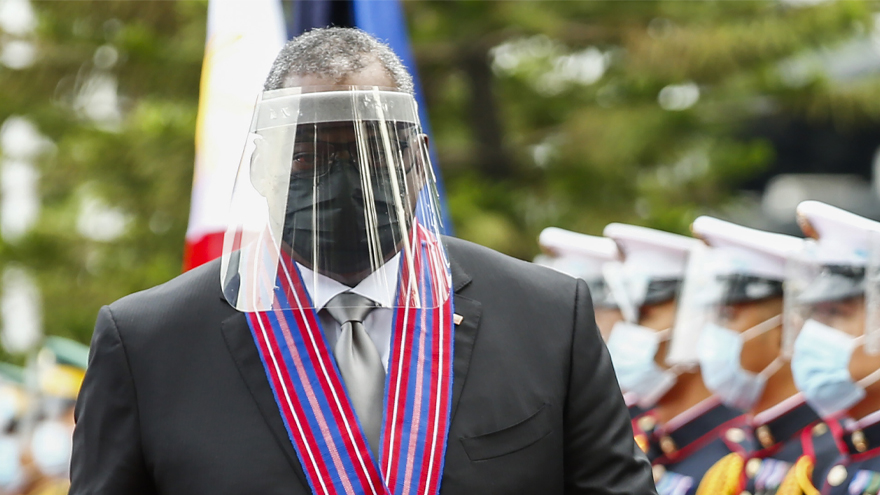 Pentagon Chief Lloyd Austin weighed-in Friday on the escalating crisis between Russia and Ukraine; telling the world that the United States hasn’t “actually moved any troops” and any movement would be designed to “reassure allies.”

“We haven’t actually moved any troops. We put troops on higher alert. […] Even if and when we do move troops, the purpose of those troops deploying would be to reassure allies, or directly in support of NATO’s or both,” said Austin.

I’ve been absolutely clear with President Putin. He has no misunderstanding. If any — any — assembled Russian units move across the Ukrainian border, that is an invasion. But — and it would be met with severe and coordinated economic response that I’ve discussed in detail with our allies, as well as laid out very clearly for President Putin.

But there is no doubt — let there be no doubt at all that if Putin makes this choice, Russia will pay a heavy price.

It is also not the only scenario we need to be prepared for: Russia has a long history of using measures other than overt military action to carry out aggression in paramilitary tactics, so-called “gray-zone” attacks, and actions by Russian soldiers not wearing Russian uniforms.

Watch the Secretary of Defense’s comments above.