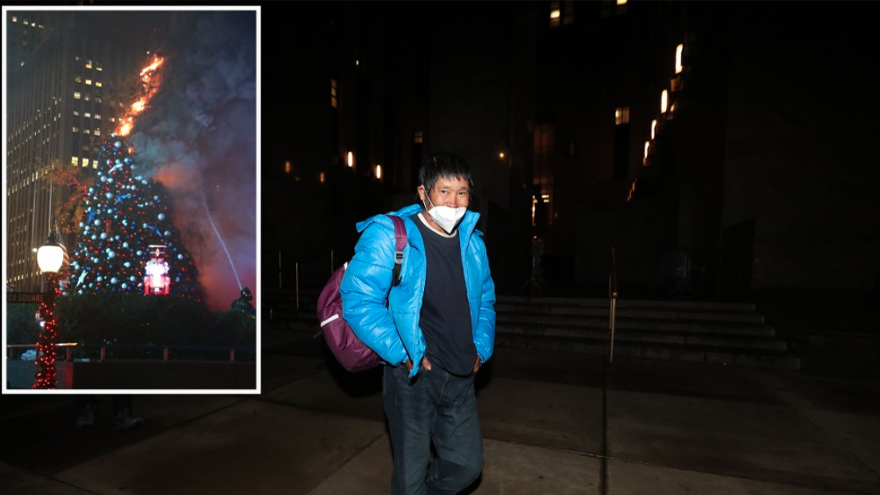 The suspect who allegedly set fire to a Christmas Tree outside of Fox News’ headquarters in New York City was released without bail Wednesday night, according to the New York Post.

“I didn’t do it!” suspect Craig Tamanaha, 49, told reporters outside Manhattan criminal court.

“The moms that want to rape their f—ing daughters — they set it on fire,” yelled the suspect.

“It’s an individual that’s known to us — he has a series of low-level arrests and drug arrests,” said NYPD Commissioner Dermot Shea.

“He was issued some earlier this year — some appearance tickets and didn’t come back to court, which unfortunately is something we see all too often. He also has some low-level arrests out of state — I believe it’s Texas.”