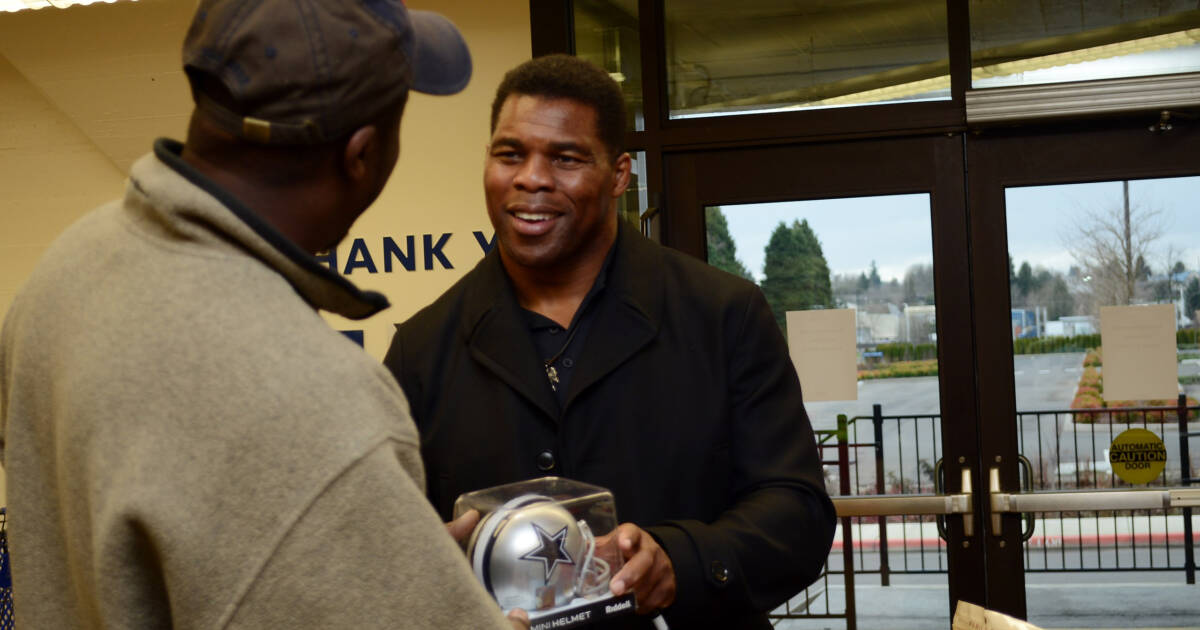 I’ve been ruminating about writing a second look at Walker for a while now. I know that it will trigger a large segment of my readers (many of you relish having your triggers pulled by me; so be it). But here’s the facts.

Herschel Walker always had a good chance of winning. I wrote as much in August, 2021. Going into this race, Walker was always thought of as the nice guy: respectful of others, soft spoken, courteous, on-time, humble, coachable. The Warnock campaign has done its level best (and done a yeoman’s job) painting Walker as a cad, a misogynist, a man subject to violent outbursts, a mentally ill moron.

It’s been a very ugly race, which we knew it would be. Politics is ugly.

GBP, looking at the data, concluded that so far, the demographics of voters is “older and Blacker” since 2018. It also shows that more Republicans are voting early than Democrats, based on primary voting history. Of those who have voted early, 95 percent are “reliable” voters who have voted in at least one previous election.

Nearly 17 percent of early Georgia voters previously voted on election day in 2018 but are voting early now; two-thirds voted early in 2018, and 16.5 percent did not vote at all in 2018.

The voters are definitely older: over 77 percent are 50 years old or older. More men then women by about 10 percent have voted early so far. Racially, Black turnout is maximized: Georgia’s population is about 31 percent Black, and 32.8 percent of early voters are Black.

Black, older voters are turning out early, about 2 percent more Republican than Democrat. What does that mean? It means either there’s a lot of split ticketing going on among older Black men, or there’s a strong choice.

Sen. Raphael Warnock is not a strong candidate. He’s only served a year and a half, and in that time, he’s been a walking rubber-stamp for the Biden agenda, with a 96 percent alignment on the administration’s positions. Biden’s positions are not popular. Campaigning on all the stuff Democrats have done runs voters off like grocery customers fleeing when workers pull the clean-out cap from the septic pipe at the Kroger.

Republican ads have focused on Warnock/Biden’s “achievements” in the economy, spending, and pocketbook issues. Democrats have focused on Walker’s character. They don’t want undecided or Republican voters to actively vote for Warnock, they want them to sit out so Warnock can win using nothing but his base.

It’s possible this is going on, but the voting statistics have Georgia Democrats, and the Warnock campaign, scared.

Now, let me address the issue we’ve all looked at: character.

But before I get there, let me look at qualifications. Is Herschel Walker qualified to sit in the U.S. Senate? Educationally? He would not be the most educated member of the Senate: 15 senators are Ivy League grads. Only eight senators went to SEC schools. None hail from UGA. Walker attended UGA but left for the NFL before he graduated. Walker won the Heisman Trophy in 1982. Walker would not be the only senator without a degree: Sen. John Boozman played football at the University of Arkansas but left to pursue optometry.

Democrats and the media pounced on the Walker campaign’s claim that Herschel graduated UGA. Many said that Walker lied, but that’s a false claim. It was on the website, and it was corrected. In 2017, during a radio interview, well before Walker’s name ever surfaced for a senate race, Walker did say “Guys, I also was valedictorian of my class. I also was in the top 1 percent of my graduating class in college.” I give points to Warnock’s oppo research, and to the memories of the media who found the interview. Yep, Walker exaggerated. He was a B-student.

Is Walker likely to be a firebrand in the senate if elected? Probably not. But is he a conspiracy-flinging nut, or a moron? Probably not. He’s at least as qualified as Boozman.

My colleague David Thornton wrote yesterday that Walker would be Donald Trump’s puppet.

The person pulling Herschel’s strings will be Donald Trump so if that’s what you want for a senator then Herschel is your man. For those of us who prefer an ideological conservative, there is no viable candidate in the Georgia Senate race. There is, however, an honest and intelligent choice. (Spoiler alert: It’s not Herschel.)

Let’s examine that. Trump endorsed Walker early, but hasn’t spent much in the race. The latest $750,000 from Save America PAC was hailed as some giant panic spend, but three quarters of a million dollars in a nationally-profiled senate race is peanuts. Walker has not endorsed Trump election lies. There’s not a lot of solid proof that he would be Trump’s man, though certainly Walker is in good standing in Mar-a-Lago. If that’s enough to not vote for him, fine.

However, I don’t think it’s enough to stop older Black voters in Georgia from voting for Walker. The idol of Democratic Party capture of the Black vote is smashed, because Democrats have not achieved anything useful (and plenty not useful) in the first two years of the Biden administration, and there’s a tendency to kick the ruling party to the curb in the midterms.

Walker tells lies about his history. So does President Joe Biden, over and over again. Walker has accusations of family violence. Some feel like he’s been proclaimed guilty without a presumption of innocence, and some feel like it’s just dirty politics as usual. We wouldn’t want a wife-beater in the senate, but Warnock’s no saint—though he makes a lot of money as a minister, even while serving as a senator.

Warnock wants Republicans to conclude that Walker’s character prevents him from serving, and that no vote at all is better than Walker. I’m not sure that argument is holding for voters.

I personally haven’t decided whether I’ll vote for Walker or not. I won’t vote for Warnock. I have also not decided to cash out and buy the full package of arguments sold by Democrats and those who feel any association with Trump is disqualifying. I think most voters fall somewhere in the ballpark with me. Come election day, Walker may very well win, and then Republicans who sat out need to decide whether to support him, or remain his enemy.