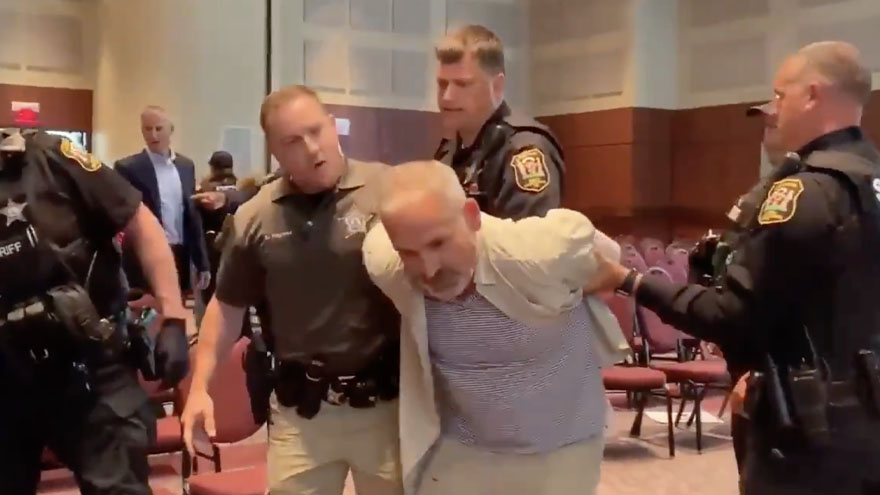 The lines between Virginia school board meetings and the WWE continue to blur.

Two parents protesting Critical Race Theory and a transgender policy have been arrested after a Loudoun County, Virginia school board meeting was declared an unlawful assembly.

According to Fox News, “259 residents signed up to speak during the public comment session Tuesday and people lined up at the doors early to get seats in the packed auditorium.”

“The situation got very heated and turned physical after a man resisted arrest.  Several armed police officers had to restrain him and tackle him to the floor. He kept fighting them. He was handcuffed and dragged outside. Finally several armed police officers dragged him out of the room. It was then declared an unlawful assembly and everyone was ordered to leave,” Fox News reported.