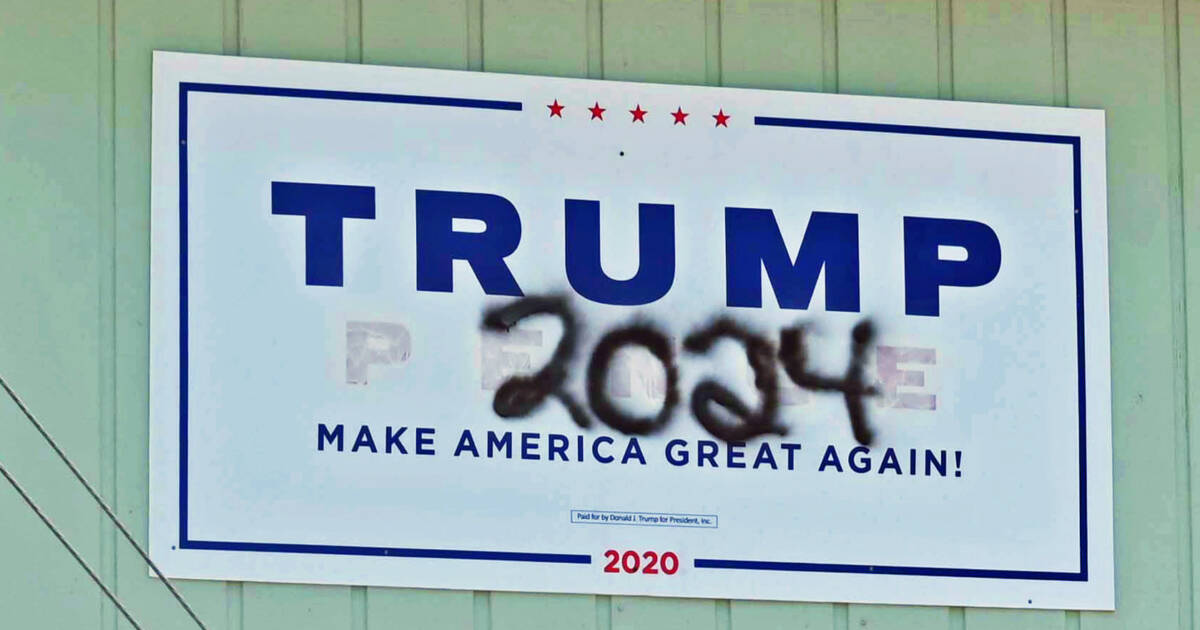 Within a month of the January 6th Capitol riots, I saw billboards around metro Atlanta, by the FBI asking for tips on anyone involved. To me, this was a harbinger of what was to come. Donald Trump was locked up in the White House, a lame duck with no real power, for the two weeks after the riot, until his invisible exit as he flew to Palm Beach County as his last presidential act. President Biden had a chance to pursue real change and help end the division plaguing the country, but he did the opposite.

The Democrats turned Trump’s second impeachment into a clown show, to the point where even Sen. Mitch McConnell, who supported a ban on Trump ever holding office again, was repulsed by it. McConnell, in hindsight, I believe should have supported conviction, at least taking Trump off the 2024 campaign short list. I think that would be better for the MAGA wing of the GOP, which is now divided between Trump and the current early co-frontrunner, Gov. Ron DeSantis, if Trump’s intentions for 2024 were known, and limited (as in, not running).

Now, Democrats are promoting the most heinous candidates they believe they can beat for the 2022 midterms, and it’s going to backfire as most of these will win. It’s possible Herschel Walker, a very flawed political newbie, could beat silver-tongued freshman Sen. Rafael Warnock; the race is close.

The last 18 months have been filled with persecution for anyone who participated in the Capitol riots. I believe that anyone who entered the Capitol with pre-meditation, to damage property or commit violence, should be in jail, locked up and throw away the key. However, federal prosecutors have now come close to 900 arrests for the January 6th crowd. POLITICO reported that prosecutors believe more than 2,000 people unlawfully entered the Capitol on January 6th, and they are prepared to go after just about every one of them.

I’m not talking about the leaders, or the Proud Bois, or other organizations that showed up prepared to breach police lines. I’m not talking about Trump’s own mindset, whether he believed he was going to lead the crowd himself, remove Vice President Mike Pence to some secure location using his loyal Secret Service detail, and declare himself the winner. That’s the narrative the January 6th Special Committee is going with. There’s some powerful circumstantial evidence to support the narrative, but there’s plenty of evidence that Trump was just brooding, angry, and disgusted with his own staff. They keep promising a smoking gun, but it’s been 18 months, the better part of 1,000 prosecutions, investigations of every Trump staffer, senior official, family member, and company executive, some leading to convictions, and there’s no smoking gun.

Fulton County, Georgia DA Fani Willis believes she has a strong case to prosecute Trump for election interference. It seems she does, and judges in both Georgia and New York are enforcing her special Grand Jury subpoenas against Trump associates and those who met secretly at the Capitol to sign “alternate” elector forms. This includes Rudy Guiliani and Rep. Jody Hice, among others. While Democrats spend $8 million in a doomed effort to unseat Rep. Marjorie Taylor Greene, they’re pushing Trump-endorsed candidates in Pennsylvania, because they want to showcase the worst to help their own flagging polling.

It’s likely Trump will be hauled into criminal court sometime in the next year. And anyone who even voted for Trump will be suspect in their workplace, their business, and in the legal system for years as Democrats pursue a purge. This will backfire.

If Trump, or a handpicked successor, runs and wins in 2024–not impossible, and not even improbable, especially if Joe Biden runs again–look for “Schedule F” to return, and even for Congress to make it law instead of an Executive Order. Axios detailed the meticulous planning that has gone into a second Trump (or successor) term, including the Schedule F rule that Biden rescinded. This rule would classify up to 50,000 federal employees as political operatives, allowing the next administration to purge the ranks of the “Deep State” and replace them with handpicked appointees. I believe it’s a terrible, Tammany Hall kind of retrograde action to take, and will lead to enormous instability in our government, along with a decrease in competence in key areas where the government needs to work smoothly.

Trump’s operation wants to take down the intelligence community’s lock on information control, and to punish other agencies for being part of the effort to smear Trump during his presidency. I think there was some of that going on, but also a lot of restraining Trump’s worst instincts. Schedule F will remove all the guardrails, and allow Trump to have his way, unrestrained. Then the next Democrat in office could do the same. It’s a recipe for revolution.

The Biden administration’s commitment to political prosecutions and purges of large swaths of America because of political positions, versus amnesty, parole, and forgiveness for most of the people who were caught up in January 6th, not active planners, is going to backfire. The Democrats’ commitment to scorched earth in pursuing Trump, his family, his associates, his business, and his former administration officials, to put every single one of them in jail, is going to backfire.

It’s going to lead to the 72 million people who didn’t vote for Joe Biden, along with millions who did, but wanted unity and reconciliation, not hellfire and revenge, to turn to Republicans. It’s going to give Trump a platform–if they don’t put him in jail–to continue to exercise enormous power in the GOP. It’s going to give a Trump successor like Ron DeSantis reason to keep very close to those who follow Trump. It’s going to give whatever Republican ends up in the White House in 2024 reason to enact Schedule F, and maybe a Republican-controlled Congress reason to make it law. That will be disastrous for our republic, but the Democrats wanted a purge, and they will get exactly what they wish for.