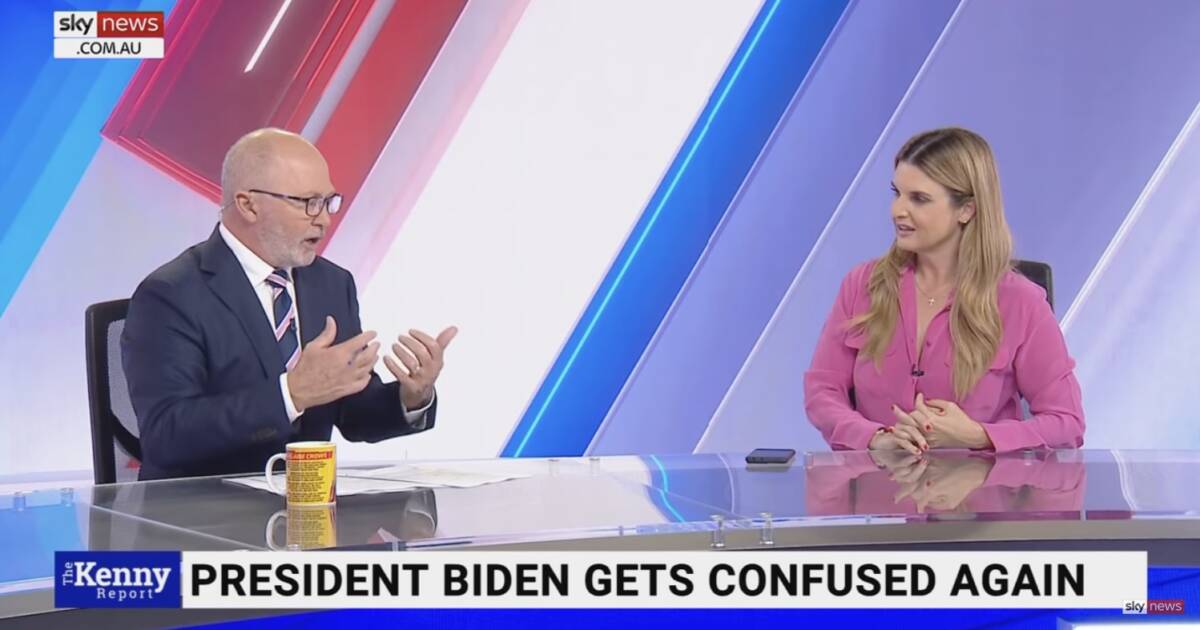 “Speaking about people who are not quite up to the job, I wanna talk about the leader of the free world,” said Sky News host Chris Kenny, referring to Biden’s handshake with no one after his speech in North Carolina.

Kenny called the whole thing a “sad and pathetic scene” and says “the poor bloke is a bit vague at times.”

Kenny’s co-host chimed in, saying her “late grandmother had dementia.”

“I’m not diagnosing the bloke,” she says but adds that Biden’s behavior is “disturbing.”

“You don’t put someone that’s potentially vulnerable in that position,” she added.