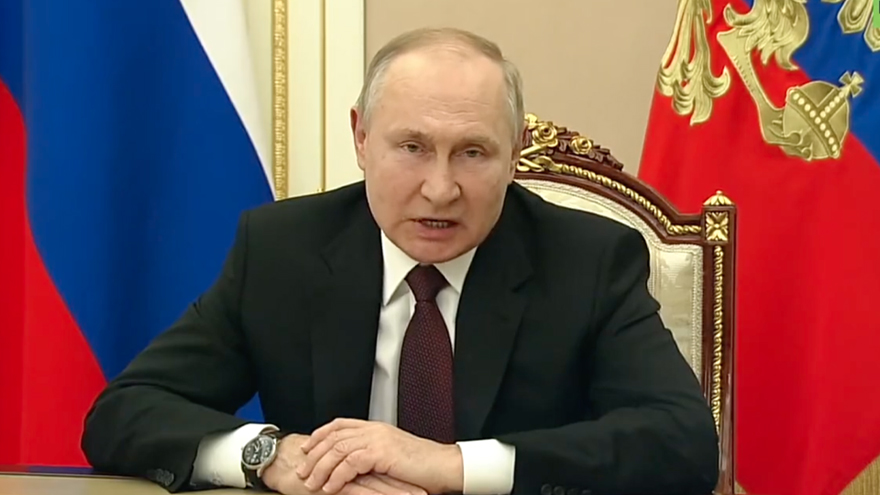 Russian dictator Vladimir Putin vowed to implement a “self-purification” of his nation this week to eliminate “western traitors and scum.”

“The Russian people will always be able to distinguish true patriots from scum and traitors and simply spit them out like a fly that accidentally flew into their mouths,” Putin said Wednesday. “I am convinced that such a natural and necessary self-purification of society will only strengthen our country, our solidarity, cohesion and readiness to respond to any challenges.”

But a fresh crackdown on anti-war sentiment – including a criminal case against a popular lifestyle blogger – pales in comparison to the horrors in Mariupol where the Russian military has appeared to overcome any hesitation about pulling its punches.

Russia on Thursday bombed a theater in which thousands had taken refuge, even though satellite footage shows that the word for “children” in Russian was written on the ground near the theater, according to Ukrainian officials in the city. Ukraine’s foreign affairs minister Dmytro Kuleba called the attack “another horrendous war crime in Mariupol.”

The bodies of children pile up in a narrow trench hastily dug into the ground in the city. Mass graves now litter the outskirts, with citizens working fast in order to bury the dead and minimize the risk of danger to themselves.