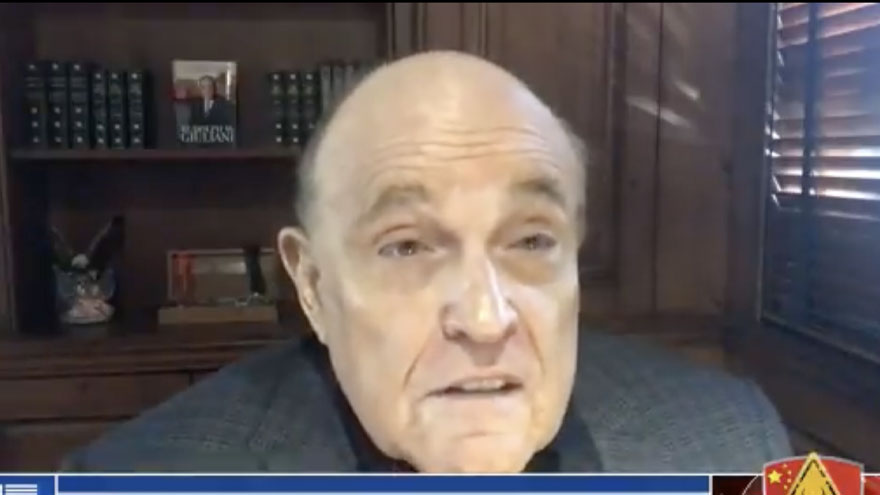 “Rudy Giuliani is a great patriot. He just loves this country, and they raid his apartment,” Trump told Fox Business.

“It’s like so unfair and … it’s like a double standard like I don’t think anybody’s ever seen before,” he continued. “It’s very, very unfair. Rudy is a patriot who loves this country.”

“I don’t know what they’re looking for or what they’re doing,” the former president said early Thursday. “They say it had to do with filings of various papers and lobbying files. Well, did Hunter [Biden] file? Did [President] Biden file? Because they did a lot of work with other countries. To the best of everyone’s knowledge, they didn’t file.”

“It’s a very, very unfair situation,” he said. “It is so terrible when you see the things going on in our country with the corruption and the problems and then they go after Rudy Giuliani. It’s very said, actually.”