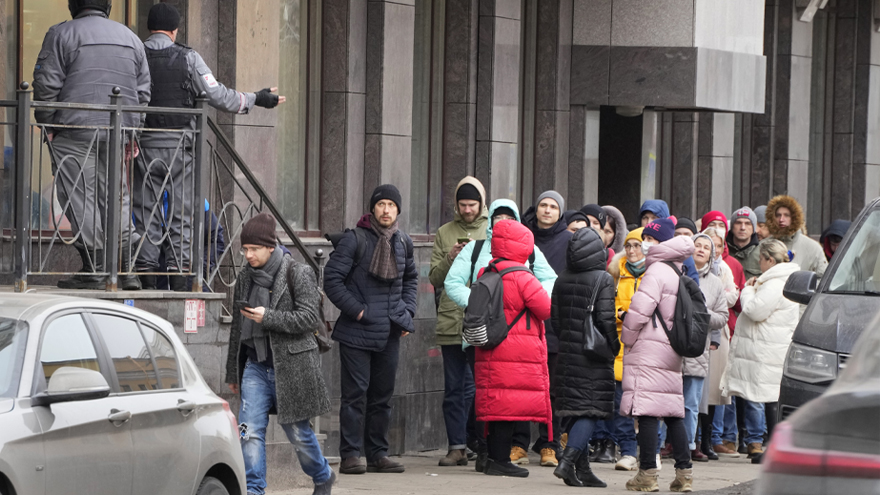 The Russian Currency Ruble plunged 30% compared to the US Dollar Monday morning as international sanctions against Vladimir Putin’s regime disconnect the country from the global financial community.

“The Russian currency plunged about 30% against the U.S. dollar after Western nations announced moves to block some Russian banks from the SWIFT international payment system and to restrict Russia’s use of its massive foreign currency reserves. The exchange rate later recovered ground after swift action by Russia’s central bank,” reports the Associated Press.

“This is the West causing a currency crisis for Russia,” said Tyler Kustra, an assistant professor of politics and international relations at the University of Nottingham.

“Moscow’s department of public transport warned city residents over the weekend that they might experience problems with using Apple Pay, Google Pay and Samsung Pay to pay fares because VTB, one of the Russian banks facing sanctions, handles card payments in Moscow’s metro, buses and trams,” adds the AP.