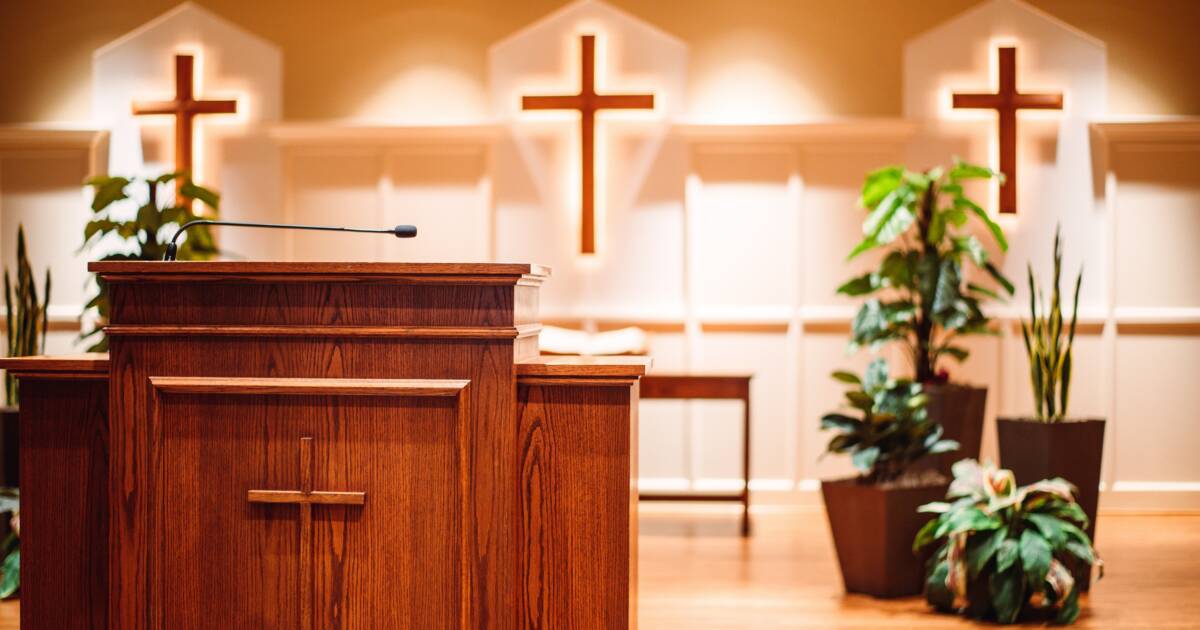 Christian, did you go to church the Sunday after Roe was overturned? Did your pastor speak about it from the pulpit, or was the pulpit silent? Did your pastor tell you that it’s politics and he or she can’t get involved? Or did your pastor talk about the judgment of God? This is a test. And there is a right answer.

Christians must act in a balance of righteousness and love. Galatians 5:22-23 declares the fruit of the Spirit is love, joy, peace, patience, kindness, goodness, faithfulness, gentleness and self-control. Against such things there is no law. For nearly 50 years, overturning the Roe v. Wade ruling became a single focus to open the doors to a more righteous America. Now that it has happened, Christ’s church must not fumble in our responsibility protect the innocent, while reflecting God’s love for all people.

From the pulpit, pastors must prepare their flocks for outright attacks. I am mostly referring to cultural pressure to conform, to bow to “don’t judge” and accusations that we are being theocrats, looking to subjugate women. In fact, limiting abortion and declaring it immoral frees women. The world’s culture would force women into the role of a purely carnal object, one to casually have relations with whatever men she desires. The shifting focus goes from physical beauty, which is always rewarded, to honoring “plus” sizes, unhealthy lifestyles, and denigrating women who decide to put family over career.

God created women to be complementary to men. He created them, men and women. Mothers and fathers. Did your church celebrate this on Sunday?

Christ was born of a woman, a virgin who had been with no man, was raised by a mother, obeyed his earthly father, and served his heavenly Father while he lived. He confirmed His title as “Son of Man” with miracles, but mostly by forgiving sins, and through the unending grace of God flowing through Him. He died a substitutionary death, attended by his mother. He raised to life on the third day, and the angel first informed two women at his open tomb. Did your pastor speak of the miracle and the victory of Christ over death Sunday?

There is no question: Jeremiah 1:5 says “Before I formed you in the womb I knew you, before your were born I set you apart; I appointed you as a prophet to the nations.” Whoever claims that Jewish law commands the unborn as property of the mother’s body is Biblically incorrect by the Old Testament scripture.

For you created my inmost being;
you knit me together in my mother’s womb.
14 I praise you because I am fearfully and wonderfully made;
your works are wonderful,
I know that full well.
15 My frame was not hidden from you
when I was made in the secret place,
when I was woven together in the depths of the earth.
16 Your eyes saw my unformed body;
all the days ordained for me were written in your book
before one of them came to be.

We are not the property of any human, at any time. Before we were even conceived, God ordained us in life. Every miscarriage, every baby that failed to be born, including the 63 million aborted babies, was known by God and owned by God. We have no right to supplant God, yet God in his grace allows us to continue to do so. In His mercy, he does not destroy the earth. God’s promise was sealed with a physical sign; a rainbow in the sky, clouds and rain. Did your pastor speak of this on Sunday?

You need to be prepared for the testing of your faith, Christian brothers and sisters. It is going to be tested. The overturning of Roe is not the end of a political or legal fight. It is a sign of the continued shaking of the church, of God’s people. It’s a sieve, a threshing floor where those who truly hold to the purposes and glory of God are being separated from those who use religion as a mask or a vehicle for their own carnal purposes.

Many pastors will be unmasked. Many ministries will be exposed in their sin (and pride). Many people and organizations—some you have probably trusted for many years—will decline in influence, or be shamed in the light of truth. I got an email from Sen. Raphael Warnock proclaiming his pro-choice stance. The former pastor of Dr. Martin Luther King’s pulpit took the side of the world over God’s sovereignty. Shame on him.

Christian, your time, money, and prayer will be required. You will be required to sacrifice. Did your pastor mention threats of violence against crisis pregnancy centers? Did your pulpit speak of the need for volunteers and donations to keep these centers open? Have you supported a local crisis pregnancy center? Many more will be needed, especially in states where abortion is limited or illegal. Do you expect mothers who have unplanned pregnancies to have their babies and for Christians to just sit back watch? Did your pastor, by silence, say that it’s someone else’s job to show the love of Christ to these women?

This isn’t a political battle, though for nearly half a century it’s been used as one. Many politicians will have no cover. “Pro-life” doesn’t just mean anti-Roe anymore because there is no Roe. Watch many Republicans retreat into hate and scorn for the very women Christians are here to help. Did your pulpit celebrate politics and ignore the humble message of the cross?

The end of Roe is a test, and there is a right answer. The answer is love, and reliance on the strength of God’s word. Your faith will be tested to the limits, and your obedience to Scripture will be required. Your pastor’s job is to equip you and inform you of these facts. Did you hear that on Sunday? Or was the silence deafening?