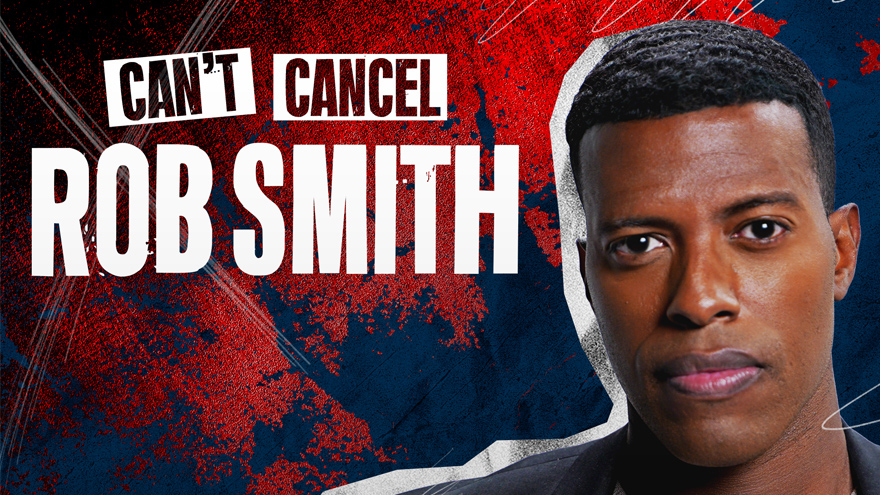 The First TV Contributor Rob Smith is a Black, Gay Army Veteran who’s proudly free of being owned by the Radical Left.

But don’t call him far-Right either…

In an era where one wrong thought can get you “canceled” by the fringes on both sides that keep Americans at each other’s throats, Rob tackles them BOTH with sane and witty commentary that stops Cancel Culture dead in its tracks.

A decorated Iraq War Veteran, Rob served for five years in the United States Army, including two tours in the Middle East. During Operation Iraqi Freedom he was awarded the Army Commendation Medal and the Combat Infantry Badge.

In Can’t Cancel Rob Smith he gives his unique take on news, politics, pop culture, and the issues defining America’s future with clear-eyed common sense, humor…and more than a little bit of shade.