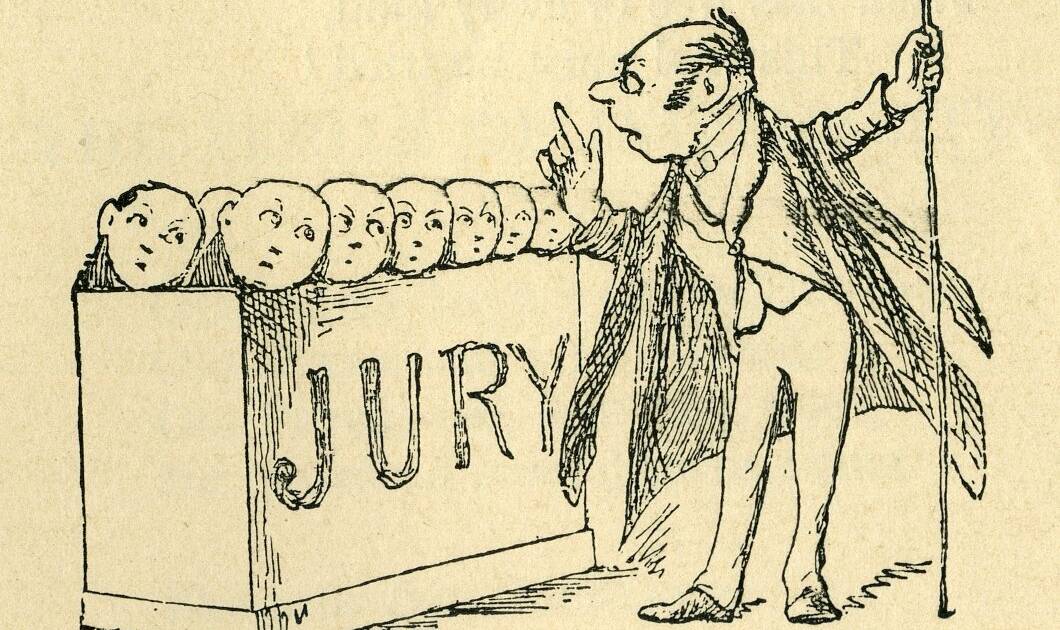 Kyle Rittenhouse’s trial in in the jury’s hands, and with it a whole lot of cultural cloth that has been woven around it. In case you haven’t been glued to the television, here’s where things sit:

The entire case rests on the motive and circumstances of the killings. Was Rittenhouse’s presence in Kenosha, Wisconsin during a march, or demonstration, or let’s just call it a riot where property damage and violence was happening, by itself a provocation? Was his presence with a loaded rifle by itself a provocation, to the point where his right of self-defense is nulled?

That’s the central pillar of the prosecution’s argument, and the bar is that Rittenhouse needed to be shown doing something in itself illegal or criminally reckless for the law to really have any bite on the major charges (which add up to life plus up to 132 years). Otherwise, unless the case was more like the one in south Georgia where three white men are being tried for murdering an unarmed Black man, Ahmaud Arbery.

But it’s not. Rittenhouse shot three white men, at least one of whom was armed, and all of whom the defense claims either attacked or threatened Rittenhouse. So the prosecution had to show that Rittenhouse was particularly reckless, and even in violation of law either by his presence or by the rifle he carried.

Count 6 of the indictment charged Rittenhouse with illegal possession of a firearm, because he was under 18 years old at the time. That law was not crafted for the situation Rittenhouse was in, and even if the Wisconsin legislature intended it to be, they did a poor job. After a tortured session trying to craft jury instructions, finally Judge Bruce Schroeder instructed the jury to ignore Count 6, dismissing the illegal possession charge, which was a misdemeanor. The charge itself wasn’t a huge threat to Rittenhouse, but it was the pillar on which the rest of the prosecution’s case largely rested.

Since the jury cannot consider Rittenhouse’s possession of a long gun to be illegal, and the bogus Count 7 of a curfew violation (a ticketable offense) has already been dismissed, the law they’re looking at favors the defense. In order to convict Rittenhouse of intentional homicide, or any lesser charge (which the judge did allow them to consider), they first must establish that Rittenhouse waived his own right to self-defense by his mere presence as an armed man, or by his actions.

I don’t think the jury will take very long to render an acquittal. Even if the jury sought to make some statement about BLM or “I can’t breathe” or any other racial clash, a white teenager shooting three white men isn’t the right context in which to do it. In the trial, the prosecution’s witnesses frequently contradicted the prosecutor’s theory of the case and facts. The prosecutor brought the judge’s condemnation for flirting with the implication that Rittenhouse’s own silence indicated guilt—a 5th Amendment violation that anyone who watched Law & Order would pick up—and potentially a trigger for mistrial.

Many online pundits believed that Judge Schroeder would order a directed verdict if so moved by the defense. But the jury has the case now, and I think the defense is confident of a full sweep acquittal, and if there’s any lesser charge that results in conviction, I believe they are confident of a strong appeal.

If the jury comes back with what I expect, what will happen next? It seems the race hustlers are more interested in the Arbery trial than Rittenhouse. After the defense in that case asked for Jesse Jackson to be barred from the courthouse, the judge denied the request. Judge Timothy Walmsley called defense attorney Kevin Gough’s comments “reprehensible.” Gough had said “we don’t want any more Black pastors coming in here.”

The Arbery case is more racially charged than the Rittenhouse case, but the Rittenhouse case has much more legal footprint to it. Georgia’s legislature and Gov. Kemp have already cured the problem of citizen’s arrest that nearly let Arbery’s killers get away without even a criminal charge. That law is no more. But if the Rittenhouse jury convicts him of the most serious charges—intentional homicide—that sends a chilling message.

A conviction, though only local to Wisconsin, would send a message that showing up armed when another group is present with the intention of damaging property or even “roughing up” people, is very close to the bar of reckless endangerment, and therefore overcomes the right of self-defense. It’s more than just a “stand your ground” counter-argument or a “castle doctrine” refutation. It means that your duty during a riot is to let the rioters destroy property and harm others; your duty is to retreat if they show up.

It means that groups of thugs can choose their own battleground, and a time of their own preference, and citizens have no right to go to that place to defend it, armed, without potentially bringing murder charges upon themselves if they are attacked and react with force. To me, that’s totally unacceptable.

Rittenhouse may have been naïve, even stupid, to show up in Kenosha armed with a long gun, openly carrying it, and end up having to defend himself with deadly force. It would have been better had he obtained a permit to carry concealed (which he was too young to qualify for), or just stayed away. But he didn’t, and the jury now has this case.

When the verdict comes in—and I expect an acquittal—I hope that cooler heads will prevail, and we won’t see riots. But some people will never be satisfied with a legal outcome, when they just want heads on pikes. They jury may get it right, but I don’t have nearly as much faith in the people.