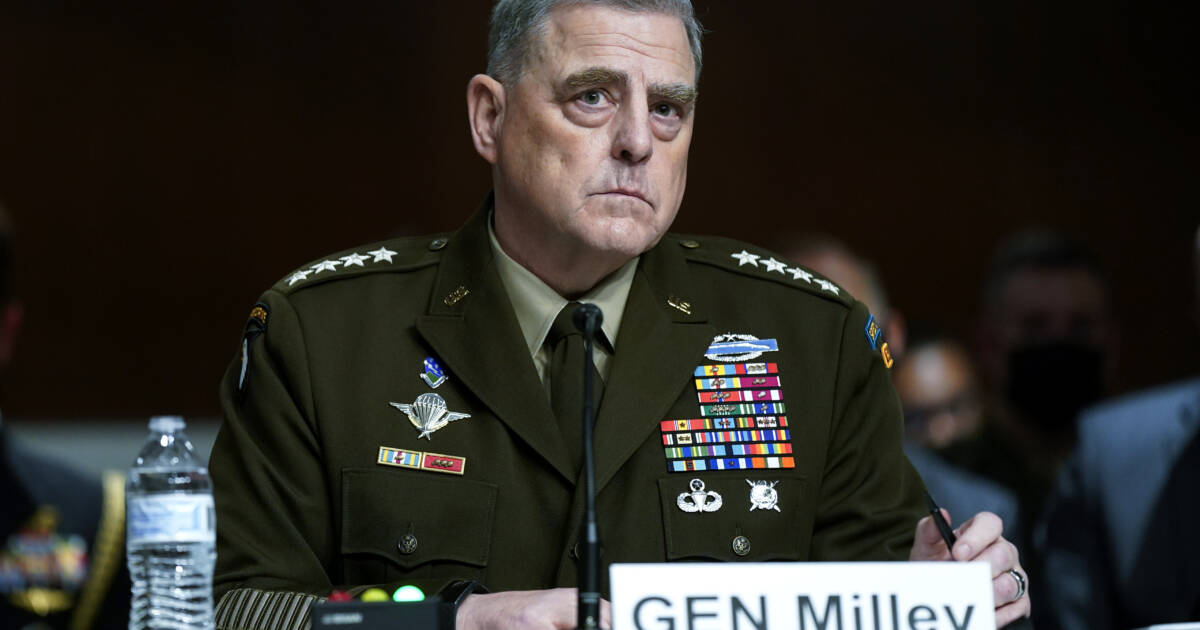 The parents of Marine Kareem Nikoui, one of the 13 service members killed during President Biden’s Afghanistan evacuation, are asking for accountability —they want Gen. Milley gone.

“I’d like to see General Milley resign,” Steve Nikoui, Kareem’s father says. “He should be held responsible for this. He’s the Joint Chiefs of Staff [chairman]. “They let the Taliban dictate the evacuation,” he continued. “I don’t feel any of them have been held accountable. And the president, he hasn’t taken any accountability on it either.”

“I’m still waiting for them to be held accountable for it. For some reason, they want to put the blame on everyone but themselves, but it is actually their fault all of this happened,” Shana Chappell, Kareem’s mother says. “The 13 that are dead, that is their fault.”

In August, President Biden mishandled the evacuation of American citizens and military, resulting in the deaths of 13 US service members; they were killed by suicide bombings.

“I’m frustrated. We were able to keep our son alive, more importantly, Shana for the last 20 years,” Nikoui said. “Then he goes and joins the military to serve our country and our country can’t protect him the way that he needs to be protected. “