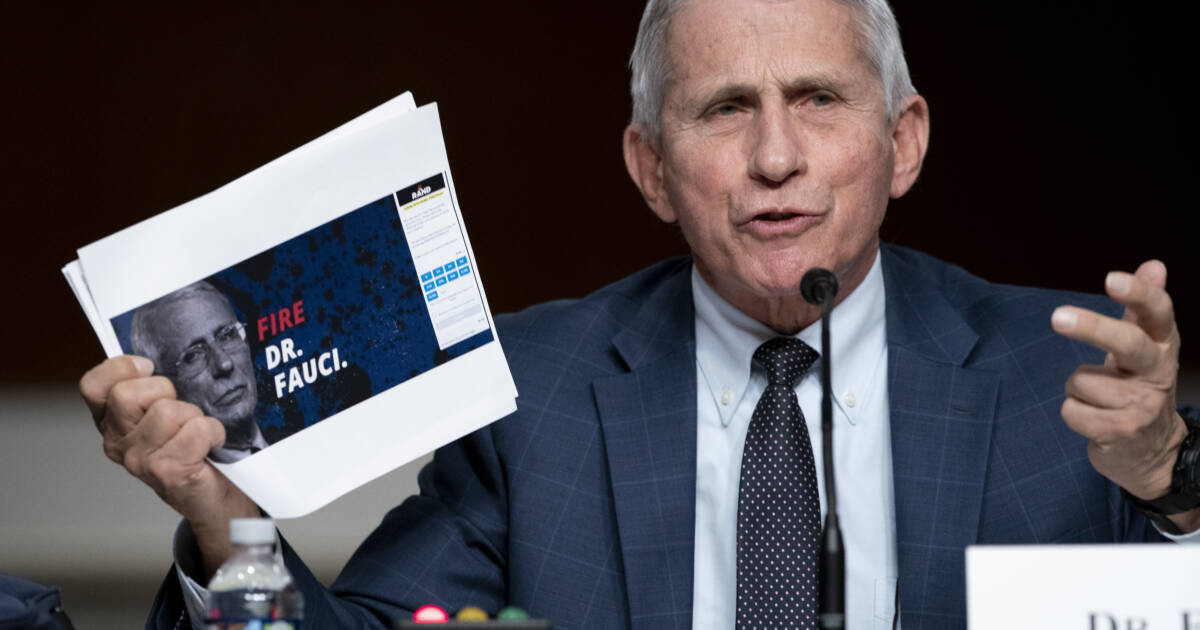 Turns out, Dr. Anthony Fauci may have known a lot more about the origins of COVID then he let on; he may also have assisted in a cover up, according to Fox News.

Greg Gutfeld and his co-hosts on The Five tore into the doc while discussing the bombshell.

“The documents also show Fauci and scientists around the world worked to suppress the lab leak theory over fears it would upset science and international harmony,” Dana Perino noted as the clip ended. “That was a part that really bothered me. Why not just be transparent?”

“The biggest problem here is that the experts that are scolding us on masks, mandates, and risk assessment are the ones who risked billions of lives on this questionable science that led to millions of deaths,” Gutfeld replied. “Fauci should probably resign and get a lawyer. No wonder that Dr. Fauci was quivering whenever anybody brought up China because the paper trail doesn’t just involve Chinese scientists, it involves American scientists too.”

“Think about the class-action litigation on this, when you’re talking about 12 million people dead,” Gutfeld continued. “You could bankrupt a country. That’s trillions in settlements if you want to do it. So, somebody has to go to jail; if you’re arresting non-vaxxed people at Applebee’s, somebody should be paying the price for this, which is now becoming a holocaust, right?”

Watch Bret Baier’s report on the COVID-19 timeline below: