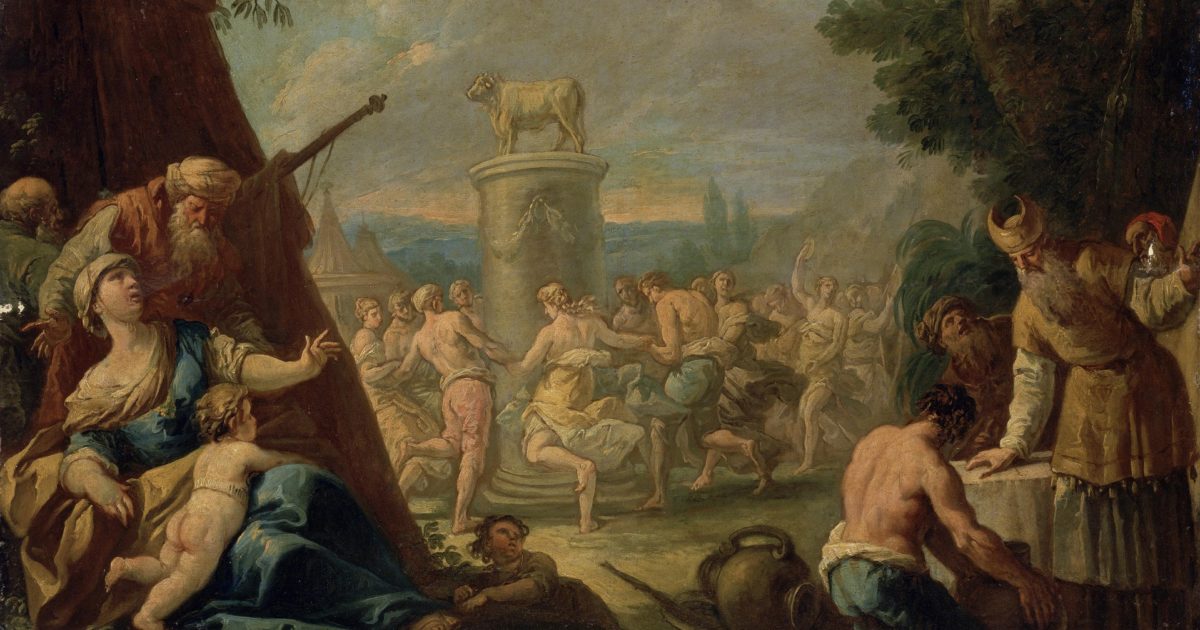 “Josh Hawley is lying.” So said a friend and former colleague, law professor Thom Lambert. Hawley is not the only one.

Many Republicans have taken to lying because their constituents want to hear lies. They think it’s for the greater good that they lie so the voters will continue to keep them in office, so they can do the good works God called them for.

The people have set up a golden calf and made Republican politicians their priests.

Sen. Rand Paul knows the history and precedents of impeachment. He’s not a lawyer, but he’s an intelligent man and a doctor, who knows how to research things before he speaks. Sen. Ted Cruz is a lawyer, who has argued constitutional principles before the U.S. Supreme Court. He pandered to lies when he voted against the constitutionality of the Senate’s impeachment trial.

The biggest favor many Republicans could do for their largely white, Christian supporters is to admit they’ve been dealing in ear-tickling, and commit to being the thing they claim to uphold. The constitutionality of the proceeding is clearly within the plenary power the constitution grants to the Senate to hold impeachment trials, and consistent with precedent. Even Trump’s lawyers could not dispute it, though many Senators chose to vote for the lie.

They may continue to vote for the lie, holding that President Trump’s actions and intentions were not impeachable.

Trump’s intentions are the subject of the impeachment trial. It’s difficult to discern his intentions as to what he thought would happen when he gathered thousands of his ardent supporters (smart people, who would support him if he shot someone on Fifth Avenue, remember?). But Trump’s reaction to what did happen is a matter of record, and history. His lawyers are going to do everything they can to discourage Trump from testifying.

Imagine that testimony: a combination of Captain Queeg and Colonel Jessup. “Geometric logic” meets “you can’t handle the truth.” Trump lies so much that he may even believe it’s truth, but his own lawyers know the difference. Maybe that’s why his previous legal team quit so suddenly, forcing a new crop of lawyers to hastily prepare a case.

Bruce Castor and David Schoen strained reality yesterday in the most vigorous defense they could mount for their client. It wasn’t all that vigorous. Trump was reportedly “beyond angry” because his attorneys admitted things such as President Biden winning the election, that one more Republican Senator (Bill Cassidy, Louisiana) voting with the Democrats was not so bad, and that the voters who picked Biden over Trump are “smart enough to pick a new administration.”

So much for lesser gods on Olympus (um, Mar-a-Lago). It appears his “smart” voters weren’t enough.

These six things the Lord hates,
Yes, seven are an abomination to Him:
A proud look,
A lying tongue,
Hands that shed innocent blood,
A heart that devises wicked plans,
Feet that are swift in running to evil,
A false witness who speaks lies,
And one who sows discord among brethren.

There is no mention here of doing good works for the people by praying to a golden calf. Works follow faith, not the other way around.

Taking the side of the “little guy” by telling people what they want to hear versus the truth is abrogating the responsibility of an elected leader, years of disciplined study, while also siding with the ungodly. Trump stands accused of pride, lying, inciting a crowd to shed innocent blood, devising wicked plans, and setting feet to swiftly run to evil.

Those who defend him are bearing false witness, speaking lies, and sowing discord among brethren.

As Christians, many Republican Senators know they’re doing the wrong thing. They’re sinning in the eyes of God, and in full view of the nation. Sinners sin. The fact that they do is no excuse for saints of God to also sin, with the goal of somehow helping God’s plan by retaining power through lying, and acting as a priest of the golden calf.

If you think that truth is filled with the Kraken, conspiracy, and “deep state” actions, you’re worshiping the calf, and its priests have you in their power. The true power lies with God.

If you really believe in the power, justice, and mercy of God, pray that truth would return, and the golden calf would be broken up into pieces, burned, buried and the earth salted over it. A good start would be a revival in the Senate, and a swift conviction for Donald J. Trump.