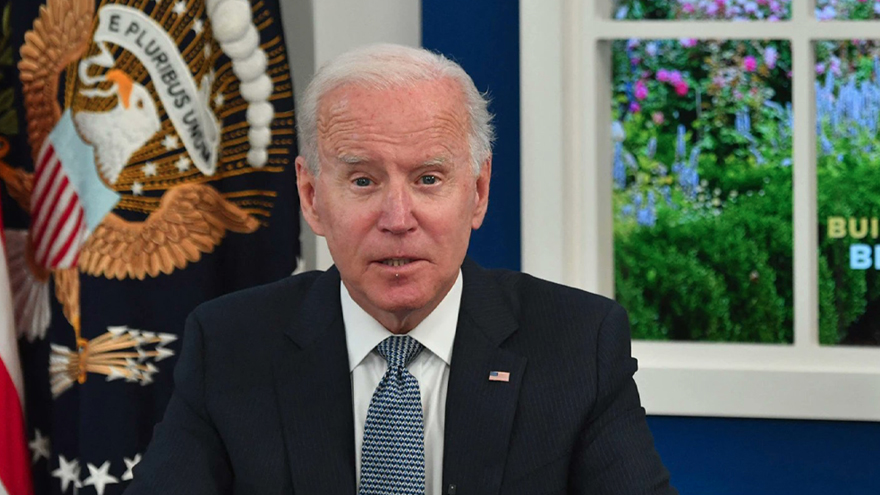 A new report form the New York Post is shedding more light on the inner workings of the Biden administration, with new details on why the President prefers to use an off-site television studio rather than deliver addresses from inside the Oval Office.

“President Biden’s aides have largely ditched using the Oval Office for press events because of the inability to have a teleprompter permanently installed, forcing them to resort to using a specially outfitted bogus White House set,” reports Fox News.

“Why not just have a Biden impersonator at this point? Would make no difference to democrats who could care less about what a fraud this presidency is,” posted Buck Sexton on Twitter.

Biden, who is known to stumble over his words even while reading from a teleprompter, has been mocked for using the imitation set in the South Court Auditorium of the Eisenhower Executive Office Building across from the White House.

The mention of the travails with the teleprompter was tucked deep into a Politico report on Thursday about a possible 2024 rematch between Biden and former President Donald Trump.

The report said some of Biden’s allies and other Democrats have expressed concerns privately that the 79-year-old Biden may not be able to handle the rigors of a presidential campaign.

It noted that a bone he broke in his foot in November 2020 while playing with his dog is still causing some walking problems for him and has slowed his pace.

​”​And the White House has largely abandoned using the Oval Office for press events in part because it can’t be permanently equipped with a teleprompter,” the outlet reported.