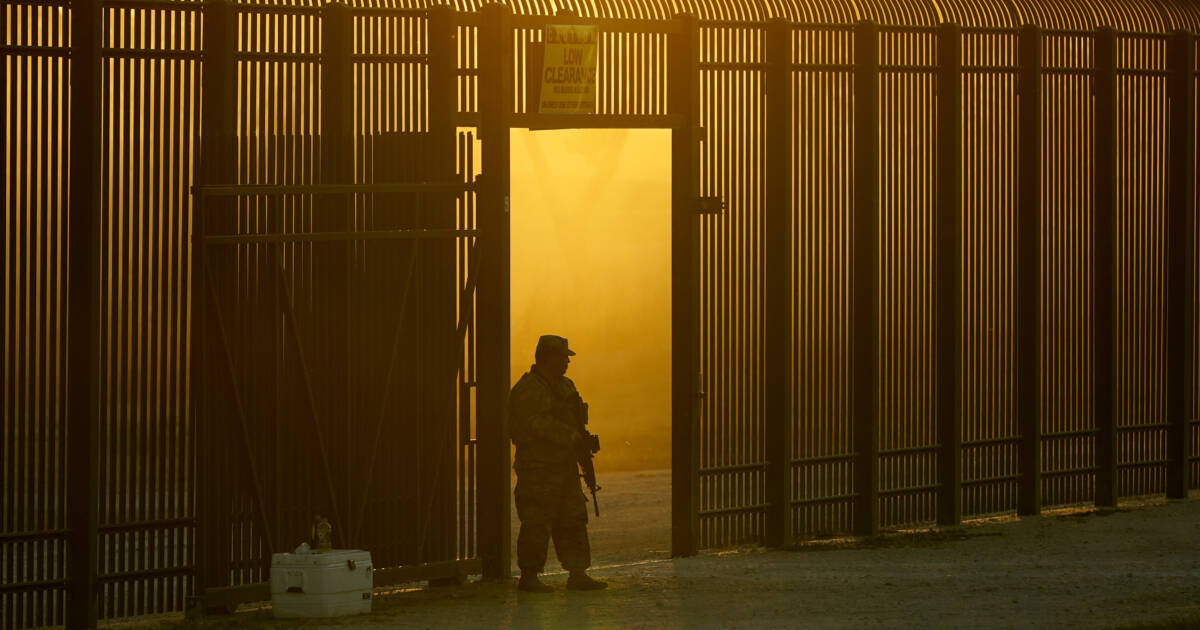 The Supreme Court handed President Joe Biden a win on Thursday, ruling that his administration can end the Trump-era ‘Remain in Mexico’ border policy. The ruling was 5-4, with Kavanaugh siding with the liberal justices. Conservatives are predicting a massive influx of migrants with the policy shelved.

“The #BidenBorderCrisis is real. May saw the most illegal crossings in a month EVER. Now the Biden admin is forced to house unaccompanied children all the way in North Carolina,” Rep. Richard Hudson (R-NC) tweeted. “Ending proven solutions like the wall, Title 42, and Remain in Mexico only make this crisis worse.”

“The United States of America no longer has a southern border,” Rep. Yvette Herrell (R-NM) posted. “If human trafficking, drug smuggling, and illegal immigration were bad before, we’re about to see a once-in-a-lifetime disaster unfold under Joe Biden.”

Rep. Andy Biggs (R-Ariz.) chimed in, saying, “Joe Biden has created the worst border crisis in our nation’s history. Terminating ‘Remain in Mexico’ will only make the crisis worse. Just because the Court says you can doesn’t mean you should.”

“The disaster at our southern border is a crisis of Joe Biden’s making. We need a president who will enforce our laws and secure the border—not one welcoming droves of illegal aliens,” Sen. Tom Cotton (R-Ark.) tweeted.

Far-right Rep. Lauren Boebert (R-Co.) blasted Roberts as a “RINO” — or Republican in Name Only — for his decision to side in favor of the Biden administration.

Justice Samuel Alito was joined by Gorsuch and Thomas in a scathing dissent.

“Due to the huge numbers of aliens who attempt to enter illegally from Mexico, DHS does not have the capacity to detain all inadmissible aliens encountered at the border, and no one suggests that DHS must do the impossible,” Alito continued. “But rather than avail itself of Congress’s clear statutory alternative to return inadmissible aliens to Mexico while they await proceedings in this country, DHS has concluded that it may forgo that option altogether and instead simply release into this country untold numbers of aliens who are very likely to be removed if they show up for their removal hearings.”

“This practice,” Alito continued, “violates the clear terms of the law, but the Court looks the other way.” 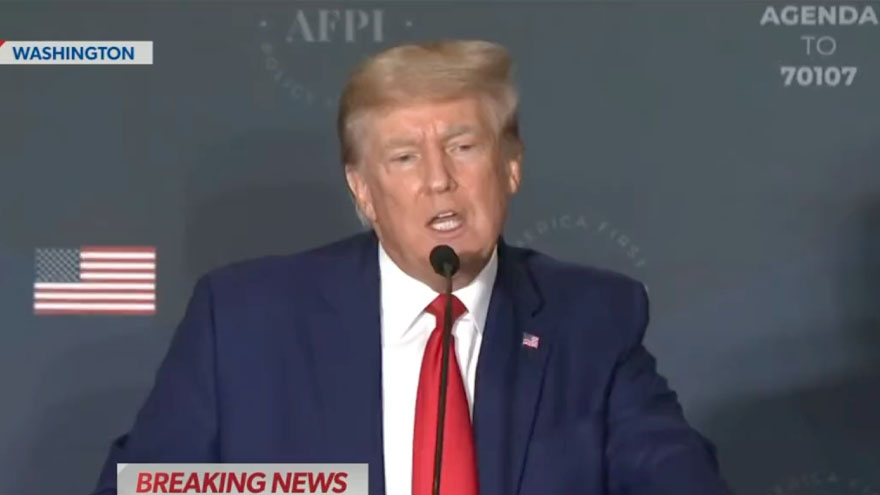 Donald Trump spoke in Washington, DC Tuesday for the first time since leaving the White House; telling conservative voters the country has turned into a “cesspool of crime” under Joe Biden. “Execute a drug dealer and you’ll save 500 lives,” said Trump. Watch Trump’s comments above.

TRUMP IN DC: America Has Turned into a ‘Cesspool of Crime and Death’ Under Joe Biden 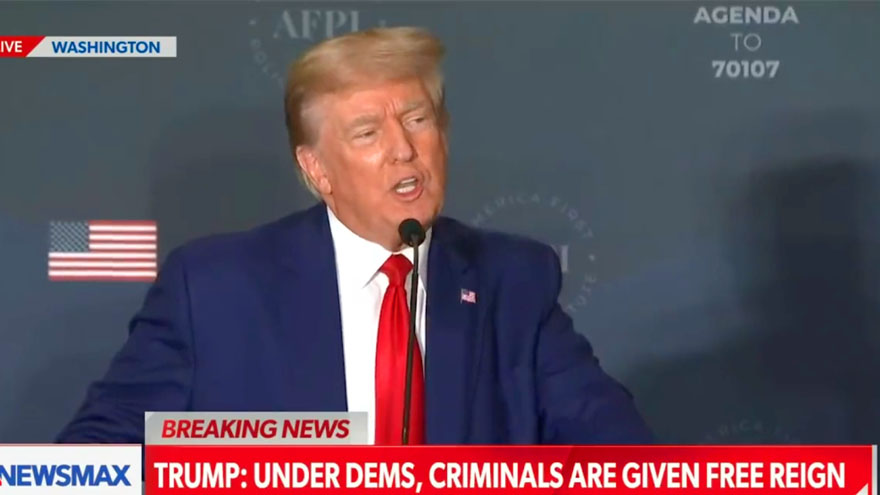 TRUMP IN DC: America Has Turned into a ‘Cesspool of Crime and Death’ Under Joe Biden

Donald Trump spoke in Washington, DC Tuesday for the first time since leaving the White House; telling conservative voters the country has turned into a “cesspool of crime” under Joe Biden. “Drugged-out lunatics attack innocent people at random. Thieves walk into stores and walk out with whatever they can carry. Nobody tells them to stop. …

Donald Trump released a statement on his social media platform over the weekend commenting on Joe Biden’s advanced age. “President Biden is one of the oldest 79s in History, but by and of itself, he is not an old man. There are many people in their 80s, and even 90s, that are as good and …