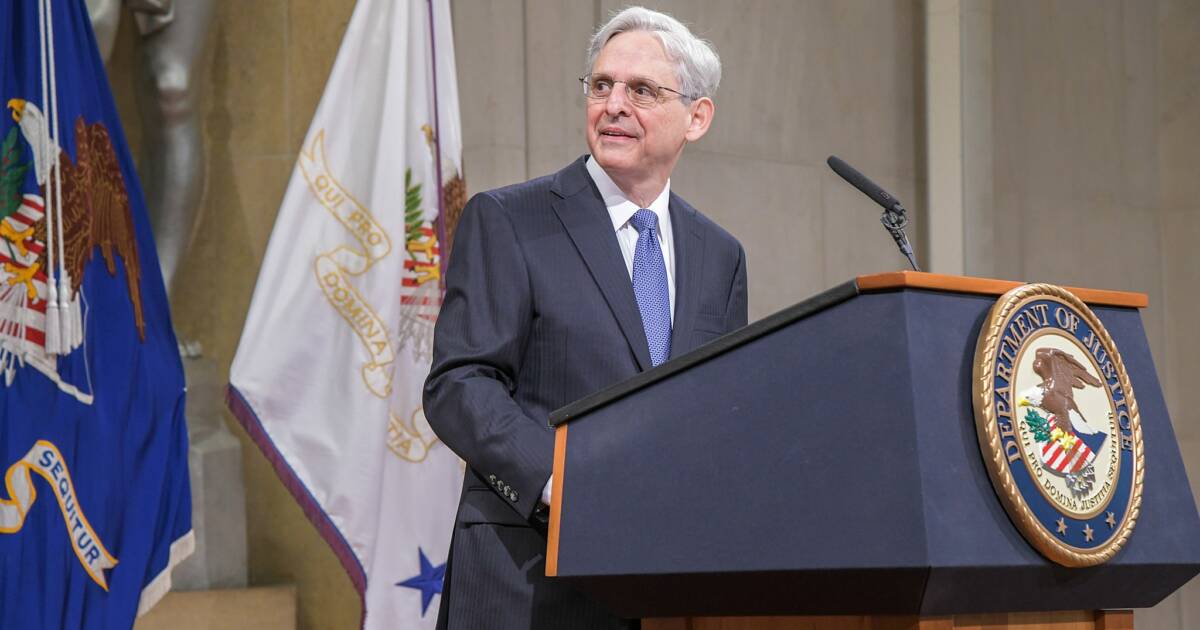 Let’s talk about pretexts today. The word means “a reason given in justification of a course of action that is not the real reason.” For example, China is blaming Nancy Pelosi’s visit as the reason they are extending live-fire military drills to effectively blockade Taiwan. That’s a pretext. The real reason is that PRC is opportunistic, and ready to test its real strategy to assimilate the island. Taiwan, on the other hand, has no pretext; ROC’s military’s exercises are in self-defense.

In the issue of the unprecedented FBI raid on a former president’s residence, National Review’s Andrew McCarthy argued that the search warrant, which the Trump team indicated is related to classified documents that were never properly returned to the National Archives, as the law requires, is a pretext. He posits that the raid was really a hunting expedition for damning evidence related to January 6th.

No, the Justice Department is trying to make a Capitol riot case, but Garland is not sure at this point that he has one he’s comfortable bringing. And since it would be explosive to signal that Trump is the subject of a Capitol riot investigation, the DOJ is trying to investigate him as such without saying so.

David French argued that such a “roll of the dice” by Attorney General Merrick Garland’s DOJ “should shake our confidence in the process.” What process? Why the legal hoops, checks, balances, and approvals required to execute extreme measures in law enforcement. Let’s not beat around the bush. Many, many people in the government, whether they’re dyed-in-the-wool Democrat activists or just career bureaucrats, would love to see Trump locked up. The critical bias usually attached to extreme law enforcement measures would not be in favor of the former president, as it normally is. It would, in fact, be in favor of “get him!”

The entire logical case to deal with Trump in the legal system is that preserving the institutions of our republic, and its democratic underpinnings, is more important than the policy implications of one election, or one inhabitant of the White House. The whole “above the law” trope is really just icing on the institutional cake. If the Biden White House and Garland DOJ is acting above the law by committing an obvious ruse upon the nation, then they’re not helping the cause of preserving institutions. It’s just more Team Blue versus Team Red, this time with scorched earth mode turned on.

We’ve already seen that the FBI was willing to bend—er, break—rules and longstanding processes in order to build some kind of case to take down Donald Trump. Remember the texts from Peter Strzok and Lisa Page, and the contrived FISA warrant applications to spy on Carter Page that the DOJ found to be “not valid” because of “material misstatements.” The FBI used the Steele dossier, when they knew that it was totally fabricated, and they took statements out of context to hide that fact.

The FBI was already rogue under James Comey, who likely did more to hand the 2016 election to Donald Trump than any other single individual. Comey should have been fired before Trump even took office. Now the FBI is waging battle against Trump, and is in danger of ignoring the purpose of the war. The war is not being fought to punish Trump—the Senate had its chance in 2021 and failed. The war is to preserve the institutions of our republic, which are under assault by the GOP’s insistence on clinging to the Big Lie.

And now what do we get? The GOP rallying around Trump, who still spouts the stolen election conspiracy, and the Big Lie. The little mustachioed guy who wore an armband in Munich is reported, perhaps apocryphally, to have exclaimed, when he learned of Neville Chamberlain’s planned visit, it is “ein Geschenk vom Himmel!”—a gift from heaven! The DOJ warrant has handed Trump a gift.

Hugh Hewitt, along with many others, say that Trump should make the search warrant public. It’s almost a certainty that Trump’s lawyers have the warrant, and they may even have been shown the warrant application and affidavit (thought unlikely they have it in their possession). The DOJ could ask a judge to unseal the affidavit, once the list of evidence is compiled, and filed with the appropriate court.

Still, the American public needs to see the warrant — all of it. The former president has a copy; he should make it public. It likely lists the items to be seized and the laws allegedly violated. The affidavit supporting the warrant is probably sealed, former prosecutors say, and Attorney General Merrick Garland can seek to unseal it.

But it shouldn’t be the Trump team releasing the warrant, it needs to be from Merrick Garland. It’s not in the Trump legal team’s interest, or their client’s interest, to release the warrant, as long as there remain political questions as to the motive behind the search. In fact, it’s more in Trump’s interest to hold that warrant as a hole card to be played at the opportune time. This isn’t some defense of Trump: everything the man does is corrupt in some way. It’s the principle of a lawyer acting in a client’s best interests.

When Trump was president, the White House lawyers who worked for him were really working for the Executive Office of the President. Their job was to defend the presidency, not Donald Trump, though he used them as if they were his personal attorneys. The ones who did defend Trump, Rudy Giuliani for instance, are now answering for their folly. John Eastman should be barred from ever practicing, teaching, or talking seriously about law again. But now, Trump is a private citizen, having been visited by the FBI toting a search warrant. That warrant has more attached to it than just about any other private citizen, and the public has a strong right to know what the FBI was looking for.

The obligation to appease the public’s right to know doesn’t lie with the private citizen’s legal team. It lies with the government. Merrick Garland has literally thousands of lawyers working for him. He should assign some of them to redact the Trump warrant and affidavit, compile the list of evidence and comb for a few pearls, go before a judge and seek to unseal it for public release. This should be done as soon as possible, to show that the government and FBI are acting in good faith to protect the nation, and not to scorch the earth under Donald Trump.

Before the sun sets today, Garland should stand up in front of cameras and tell the nation he’s going to release everything possible to assure the country that the FBI and DOJ are working for the citizens, all the citizens, in the interests of the country and its institutions. The implications of this being some January 6th ruse will do more damage to the country than finding the “smoking gun” if it was obtained as fruit of a poisoned investigation. And what if the FBI didn’t find one? This entire thing, if it was a pretext, could be a scandal unless it produces something. That’s what French was talking about “rolling the dice.”

The people have an overwhelming interest in being assured that the FBI doesn’t play dice in this way. It’s not Trump’s job to make that case. In fact, Trump can’t make that case because he lacks the moral, political, and public authority to do so. The only case he can make is that the FBI is corrupt, and the FBI is helping him make that case if Garland doesn’t say something publicly, and produce the warrant.