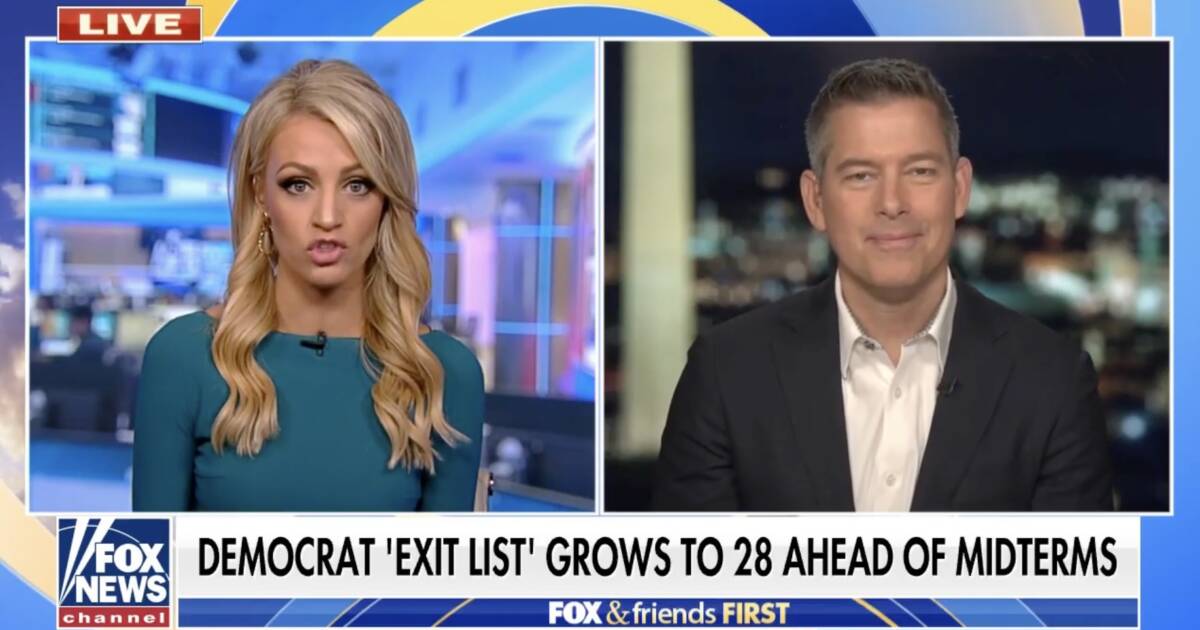 Former Wisconsin congressman Sean Duffy isn’t pulling punches while sharing his 2022 midterm election predictions; he says it’s “going to be a bloodbath.” Duffy dropped by Fox & Friends First to share that gem and offer more thoughts on the wave of retiring Democrats.

“Why is it happening right now for Democrats? Why are they leaving? Well, a year ago, Democrat party affiliation had a nine-point lead over Republicans. Today, Republicans have a five-point lead over Democrats,” Duffy says. “That’s a 14-point swing. So Democrats today look and say, ‘This is going to be a bloodbath. A red tsunami is going to crash upon our shores, and I want to make a decision not to run.’ And there’s two groups in these numbers. The first group is Democrats who are in hard seats or moderate seats – they think are going to lose. So they’re going to make a career change right now before they actually lose that race. “