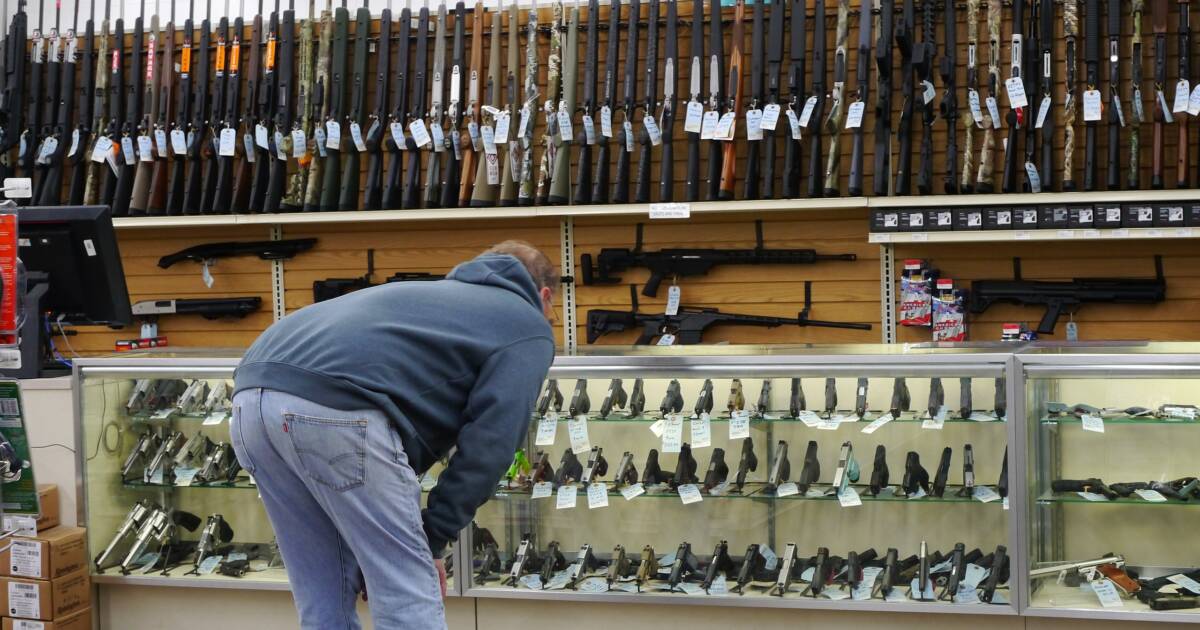 Ideally, the Highland Park, Uvalde, and other (such as the Texas man who in 2017 murdered 26 in an El Paso church) killers should not have been able to legally obtain the guns they used in their spree shootings. But our system isn’t working.

Illinois has some tough gun regulations, including a Red Flag law that allows a judge to order the temporary removal of guns from someone “deemed to be a danger to themselves or others.” This law took effect on January 1, 2019, which is well before police were called to the Highland Park killer’s home because he threatened the lives of his family. Police did in fact remove 16 knives, a dagger and a sword from the home, but no guns. And I have not seen any report that a “firearm restraining order,” which would have barred the killer from purchasing a gun, was issued.

In December, 2019, two months after the police call, the killer’s father (no, I won’t use his name) co-signed a gun license application, which is required in Illinois, and a sponsor is required for applicants under 21 years old. The state police found no reason to deny the application. That’s a problem right there.

According to the family’s attorney, the father claims he was unaware of the threats when he signed the application, because his son lived with another relative at the time. That’s some good lawyering to get out in front of a civil liability suit or potential manslaughter charge.

The AP obtained a statement from the state police, that “there was insufficient basis to establish a clear and present danger” to deny the application. There’s a huge disconnect between requiring a father to sign, and the state doing its due diligence. That’s why the law failed, and why all the other state laws fail.

It’s obvious that the killer’s father should not have signed the application. He took a huge risk, and knew it, although he’s now trying to minimize his liability or criminal culpability. It won’t work. But it’s too late for the victims. The laws need to work, and this is a data problem.

I have previously written that the only way to make a Red Flag law stick was to make it national. The House and Senate recently passed a bipartisan gun safety bill, that President Biden signed in late June. The bill allocates funds to states to implement Red Flag laws, and includes enhanced background checks for buyers under the age of 21 to include (normally sealed) juvenile criminal and mental health records. I say the bill doesn’t go far enough, though the politically suspect NRA still opposed it.

The NRA is scared the bill would be abused to infringe on ordinary citizens. It’s a stupid argument, given that the Supreme Court has consistently, for a decade, upheld the rights of individual citizens to assert their Second Amendment rights. The latest ruling struck down a New York law that was on the books for over 100 years, forcing states to abandon “may issue” policies for gun permits and adopt “must issue.” Half of the states now have “constitutional carry” laws that permit open (and some, concealed) carry of firearms without any permit. Opposing a law that restricts the purchase of guns by potentially dangerous people is unreasonable. The NRA used to be about gun safety, and it’s sad that now it’s about protecting rights that the courts already protect, in order to grant killers the ability to freely purchase guns.

Red Flag laws must be national, and must define exactly the kinds of data that state-run organizations, the military, mental health providers, law enforcement, and, yes, citizens, should report, and what ends up in the NICS, which determines who can buy a gun legally.

If the police are called to a home because someone threatened the lives of their family, yes, that person should have to explain, in front of a judge, why they should be allowed to purchase firearms in the future. I know it could be abused, but that’s why we pay judges, to make tough decisions. I am convinced that there’s no way a punk like the Highland Park killer could convince a judge he is competent to own a gun after his erratic behavior (I doubt he could convince a judge he’s even sane).

Sure, a law like that, which puts a “no-go” in someone’s file for the NICS background check, would be abused by ex-wives, ex-husbands, ex-girlfriends, etc. Again, there’s procedures for dealing with that. Some people might have to delay their gun purchase. There’s little evidence that Illinois’ Red Flag law has been abused, however.

The AP reported that there were only five filings for firearm restraining orders made by family members in all of 2019, out of 34 filed, and not all the ones filed were granted. In all of 2020, there were only 19 filed. The NRA’s fear of a spate of revenge filings is a ghost story. I am pretty sure that in all the granted restraining orders, the people who filed them slept a whole lot better.

The way to make Red Flag laws stick is to make them national, define exactly what goes into them, and make it easier to file them (though family complaints should be done through law enforcement, except in an emergency). It’s easier to report Medicare/Medicaid fraud than it is to report a family member who should not purchase a gun. That needs to change.

Only when we have integrated mental health and Red Flag laws into our NICS background checks, fully, nationally, and consistently, will we have effective laws. Otherwise, it’s all window dressing, and the spree shootings will continue, with shooters buying their weapons months, days, or hours before committing their crimes. We will all sleep better knowing it’s much less likely to happen.