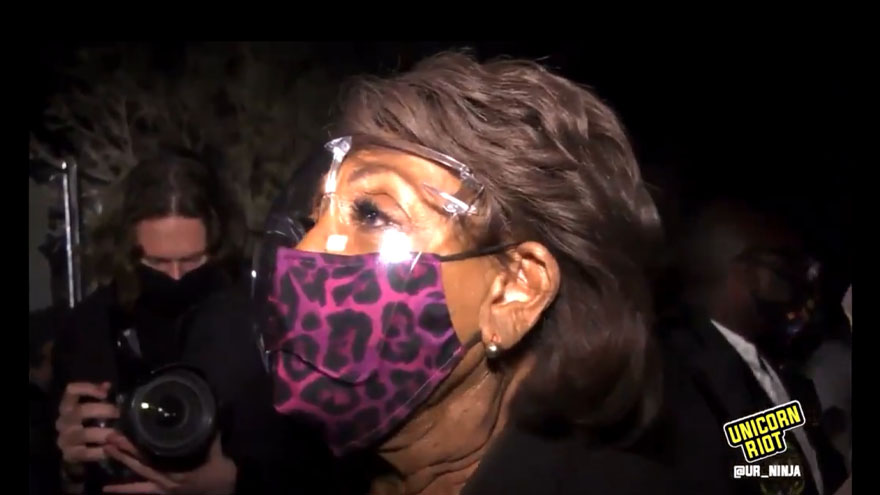 Congresswoman Maxine Waters issued a strange directive to a massive crowd of homeless people in Los Angeles this week; telling the angry protesters to “go home.”

From the LA TIMES:

“Maxine Waters was here, and she said to come back Tuesday with our paperwork filled out,” Burnett said. “I have it, everything they asked for. But every time we get near the front of the line, they shut the door. They opened the door about 20 minutes ago and said they’re not servicing anyone else today.”

Waters told the gathering of mostly homeless people Friday that “you cannot get Section 8 vouchers here.” And later, “I want everybody to go home.”

The response was fast and angry, a voice from the crowd yelling, “We don’t got no home, that’s why we’re here. What home we gonna go to?”

Waters currently resides in a $4.3 million mansion while her district remains plagued with high crime, homelessness, and drug abuse.