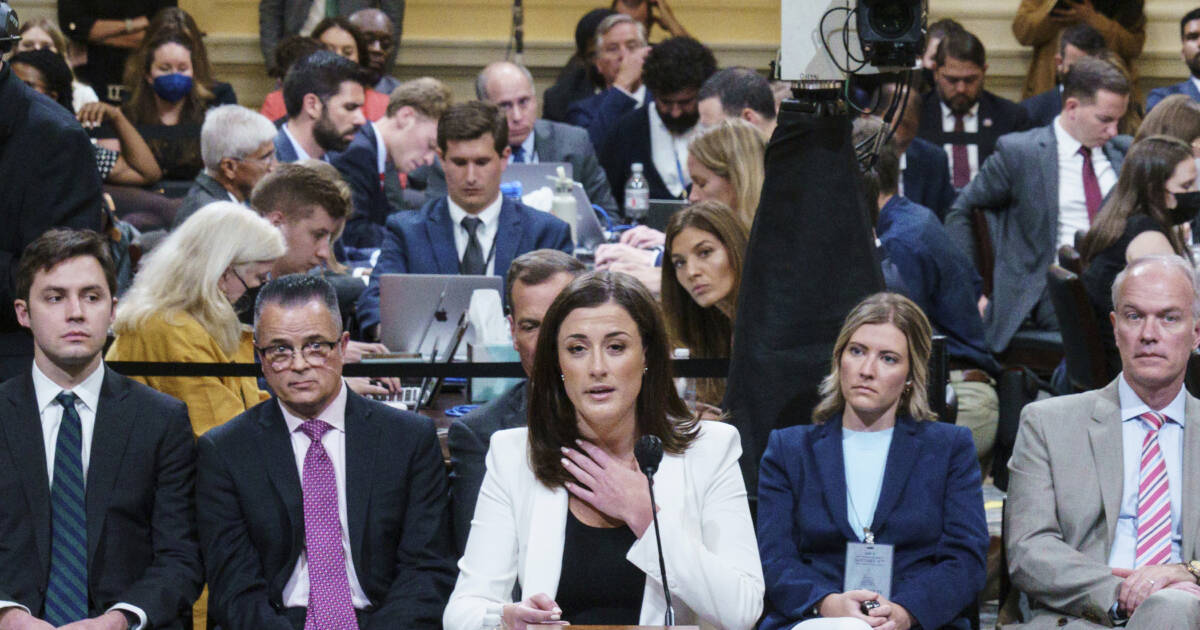 Former White House aide Cassidy Hutchinson dropped some bombshell allegations during Tuesday’s Jan. 6 Committee hearing —but they may not be exactly true.

According to NBC News Chief White House Correspondent Peter Alexander, Secret Service Agents involved in the incidents described by Hutchinson are ready to refute the claims.

“A source close to the Secret Service tells me both Bobby Engel, the lead agent, and the presidential limousine/SUV driver are prepared to testify under oath that neither man was assaulted and that Mr. Trump never lunged for the steering wheel,” Alexander tweeted.

Additionally, according to WaPo reporter Josh Dawsey, the committee has Secret Service testimony that could quickly clear this up —but it wasn’t played for the public.

“Here’s the thing. The committee has Secret Service testimony that would seemingly corroborate or dispute what Cassidy Hutchinson said today, but it wasn’t played. Unclear why.”