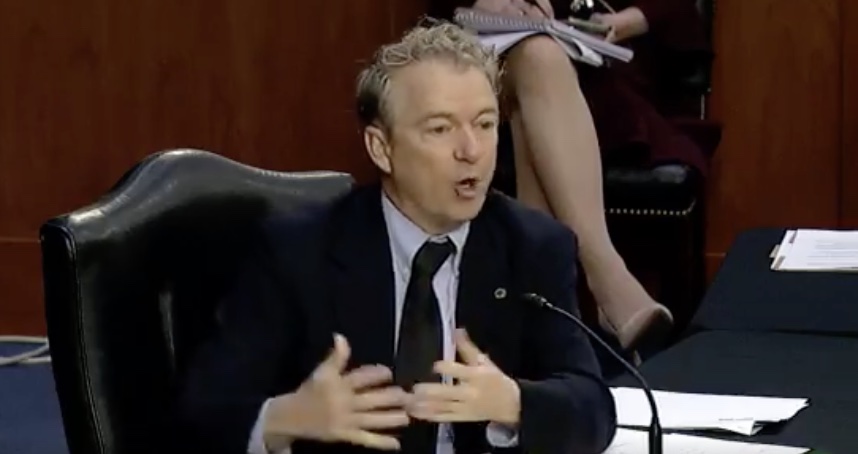 Rand Paul and Dr. Anthony Fauci had it out during a hearing on Capitol Hill on Thursday after Paul called the doctor out for wearing two masks despite already being vaccinated.

“You have the vaccine and you’re wearing two masks, isn’t that theater?” Paul asked Fauci, who many on the left have lionized. The question came after Paul demanded scientific evidence that people who either have gotten the vaccine or the coronavirus can still spread it.

“Here we go again with the theater. Let’s get down to the facts,” Fauci shot back. He then admitted that people who have had COVID would have protection “for at least six months” from the original type, but said masks could help from getting a different variant of the virus.

Paul wasn’t having it.

“There is no evidence there there is significant reinfections after vaccine,” he said, slightly agitated. “In fact, I don’t think we have a hospitalization in the United States after the two week period after the second vaccination.”

Watch the fireworks below: