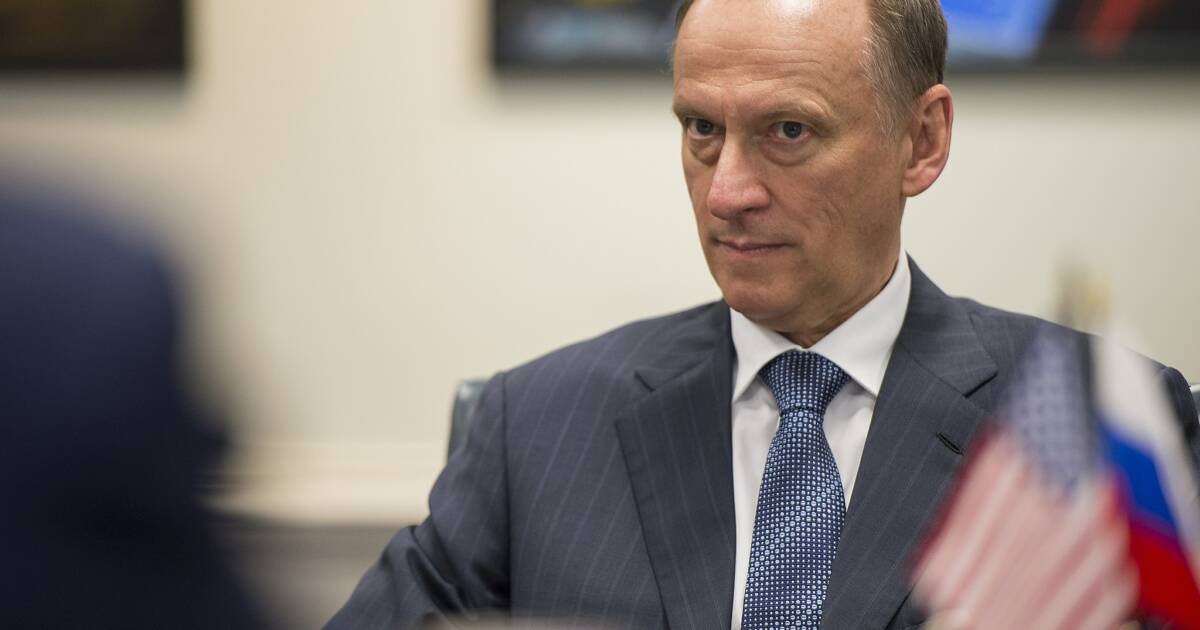 Russian disinformation shill the New York Post published a story that Tsar Vladimir Putin is about to undergo cancer surgery. Now we have to take these reports with a giant grain of salt, considering the source also published the highly suspect Hunter Biden laptop report that has been widely debunked. Okay, I am being sarcastic. The Post was right about Hunter Biden, and the left’s disinformation police lied their shiny heinies off. But I wasn’t kidding about the part about the cancer report, though we don’t know how reliable it is.

Putin will transfer control of Russia’s government to Nikolai Patrushev, head of the Russian federal police’s Security Council, while he is incapacitated during and after the procedure, according to a video from the mysterious Telegram channel “General SVR” on Saturday.

The channel — which is purportedly run by a former Russian Foreign Intelligence Service lieutenant general known by the pseudonym “Viktor Mikhailovich” — reported that Putin has been told by doctors that he must undergo an operation.

What do we know about Nikolai Patrushev? He served with Putin at the KGB. He succeeded Putin as director of the FSB in 1999, put there by Boris Yeltsin months before Putin took his place at Russia’s helm. Patrushev’s Wikipedia page is stunningly bare, but it does note that he is one of Putin’s most trusted advisors, part of the “silovik” inner circle. It appears Patrushev is a co-believer with Putin in the greatness of the Soviet Union, in whatever form, with or without communism.

Russian Quora poster Misha Firer, who is one of the most prolific writers I’ve ever seen on the platform, compared Patrushev with the evil antagonist in Stephen King’s “It” who we know as Pennywise.

Petrushev [sic] is much, much worse that Putin, Mr. King. It’s fair to says that he’s the worst possible successor to the throne of all the options available.

It’s like IT coming back to terrorise the town of Derry’s children and your readers for an extra 5,000 pages in tiny font.

Where Putin was a KGB colonel, Mr. Patrushev is a KGB general. A much tougher, merciless man and Putin’s superior, he was taught to fight the West till the last Soviet citizen.

Where Putin just used nuclear sabre rattling to scare you, Mr. Patrushev has already ordered to build bunkers throughout the south, and secretly across the country because he won’t cry wolf, and will quietly do what you all fear the most.

Surprised, Mr. King? You didn’t think that evil exists only in your books, did you? Russian leaders will keep on waving around nukes until they are taken away from them.

It is no surprise to people who watch the Kremlin that if Putin were very ill and about to undergo surgery, his stand-in would be Patrushev. As much as we’d like to see Putin gone, when the Tsar is gone, there will just be another Tsar. The question is whether the new Tsar will embrace the West’s international order, or double down hard on brutality. At least one Russian believes Patrushev would do the latter.

He’s not the only one. Moscow Times correspondent Mark Galeotti called Patrushev “the most dangerous man in Russia” in 2020 in his podcast “In Moscow’s Shadows.” In a recent Moscow Times piece, Galeotti used the term “the hawk’s hawk.”

Patrushev’s claims that this has become a proxy war against NATO is the hard-liners’ attempt to construct a narrative that presents this reframing of the conflict not as the product of defeat, but as a response to the West’s own escalation.

Likewise, when the war started, many siloviki advocated in effect nationalizing and militarizing the economy. The technocrats dominant in cabinet pushed back successfully, and at present are still largely calling the shotson the economy.

Patrushev, though, is reopening this front, arguing that Russia should stop putting its faith in “market mechanisms alone, without taking into account the specifics of our country.” He is arguing instead that Russia can somehow create its own economics, driven by the needs of the state and enforced by “tighten[ing] the discipline of implementation.” This all sounds very reminiscent of the Soviet economy, it has to be said.

Indeed, just as the Soviet system was always really a wartime economy, even during times of ostensible peace, this is the essence of the silovik manifesto: a Russia committed to a cultural, political and sometimes military Forever War with the West, demanding absolute discipline and the mobilization of society and economy alike.

One way or another, Putin could face the end of his rule, or even his life. Far from opening a window for the West to engage, the ascendance of Patrushev seems likely to close the window and plunge Russia further into a deep, dark cave of hermits, purges and secret police.

If there’s a “worse than Putin” option, I think Russia might be better off with the Tsar it has.