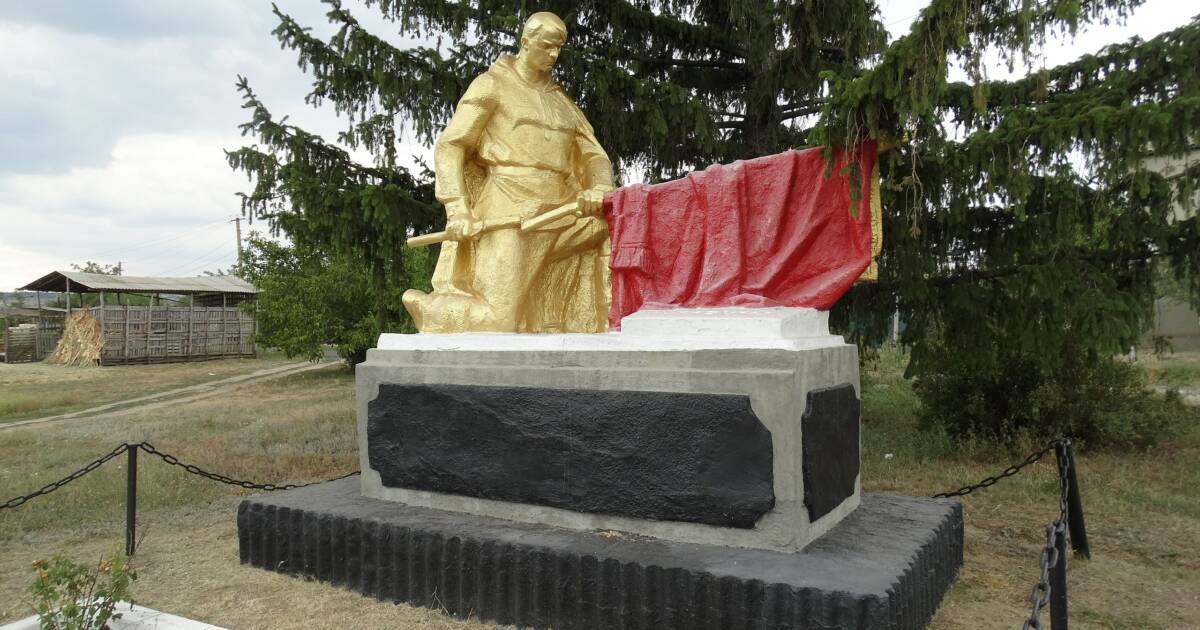 Let’s be clear: Russia wants Ukraine more than NATO wants it. Also, Russia’s border Ukraine is a hundred miles longer than the Florida’s coastline. Plus, Russia designed the technology and software which runs most of its power infrastructure. Oh, and Russia has about 100,000 troops sitting on the border of east Ukraine.

Finally, there’s hundreds of years of history, going back to the Tsars, and forward past World War II. Hundreds of monuments like the one above dot the landscape in Ukraine, which bore the brunt of the Nazi assault into the Soviet Union. Ukraine lost around seven million in civilian and military deaths, to Germany’s six and a half million.

NATO has slow-walked Ukraine’s bid to join the alliance for decades. If NATO wanted Ukraine in, they would have done more between 1992 and 2008, when Ukraine’s formal Membership Action Plan (MAP) application was received. Instead, the western alliance treated Ukraine like a disfavored stepchild, or actually a foster child foisted upon it by the authorities.

The U.S. has been complicit in this condescending, abusive treatment. In 2014, when Putin snatched Crimea because he needed a naval base, President Obama recognized the futility of opposing Russia on its Ukrainian goals. All we could do was limit the degree by diplomatic means, and stay out, unless we wanted another war, which in 2014 wasn’t possible.

Now, there’s lots of pageantry going on, in a peacock-like fanning its military feathers. A few F-16s here, an F-35 there, a couple of ships, a few thousand troops. It’s laughable, because if Putin did in fact move 100,000 troops into an attack formation, he’s be in Kyiv before we could deploy anything more than a speed bump in his way. Yes, we could do damage, and make some spectacular video clips of “blowing s**t up,” but we could not stop the invasion, or the eventual installation of a Moscow-puppet regime in Ukraine. The main thing that’s keeping the Russian army on its own side of the border is that Ukraine is already falling without a shot or a sound.

War, you see, is bad for business, if you’re Vladimir Putin. Russian weapons don’t do well against modern NATO gear. If you only read cynical Russophiles like Matt Taibbi, you’d think America’s failure to win in Vietnam, Afghanistan, Iraq and Syria was the result of military ineffectiveness, incompetence, or misuse. It’s none of the above. Where and when the U.S. military chose to apply its power, we always won in every case. Our failure has always been political, not military; since the fall of the Soviet Union, NATO has always been the strongest tribe.

NATO doesn’t want Ukraine, and Vladimir Putin does. Putin doesn’t want the world to see badly maintained, aging Russian weapons get chewed up by superior NATO technology. So whatever Russia does, it’s going to be done quietly, with precision, and definitely not in front of cameras. America and NATO are very dangerous when we decide to fight. Putin won’t risk that, but he doesn’t need to. He can win without a single real battle, though I’m sure people will die. Russian methods don’t subscribe to military rules of engagement like the U.S. Army and its JAGs. There’s no line between going after a military target, and the family of the political leaders, where there’s no embedded reporters, or news reports, but the victory is just as effective.

If Russia decides to go further than Kyiv, and try for the Baltic states, they will find NATO to be a determined and violent foe. Putin knows this. If Article Five is invoked, the Russians lose, or NATO is finished. Putin will stay out of the Baltics, except to influence in other ways. Ukraine is not in NATO, though. If you want to see what’s really important to NATO, don’t watch the U.S., watch the Germans.

The Germans know all of this. They also know that they have to deal with Russia. Germans are torn between their war guilt over Russian dead in WWII, their commitment to honor the blood they spilled while occupying Ukraine, and the cold fact that Russia is their main source of natural gas and an ever-present trading partner. The U.S. can play footsie, expelling diplomats tit-for-tat, while Germany can’t afford that kind of detachment.

There is no way Germany, Turkey, France or the U.K. are going to sign a mutual military defense pact with Ukraine. Not in 1992, and not ever. Imagine if Russia signed a mutual defense pact with Mexico. We almost had a nuclear war over Cuba; we simply wouldn’t have it—America has marched into Mexico City before, and I think we’d do it again in a heartbeat if it meant avoiding a larger war with Russia.

I don’t think we’ll have a war. I don’t think it’s in Putin’s interest to have one, though I do agree that the American defense industrial complex and its political puppets would love to expend some ordnance and sell some more weapons. I don’t think we will do it. Without a doubt, Russia will have Ukraine. By the application of political, military, economic, diplomatic and pure power pressure, and the passage of time, Ukraine will fall. In fact, it’s falling right now. You could hear it, if it made any sound at all.