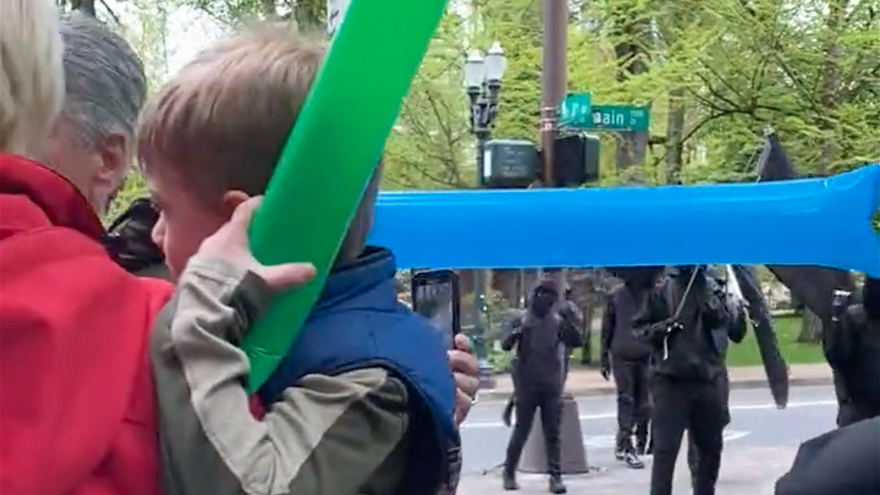 A mob affiliated with Antifa “wreaked havoc” in downtown Portland over the weekend after the group attacked a GOP candidate’s rally.

The Portland police reportedly took 20 minutes to respond to the situation.

Sandy, Oregon mayor and Republican gubernatorial candidate Stan Pulliam is devastated after an alleged Antifa group disrupted his “Fund the Police” rally in Portland on Saturday.

Prepared to throw firecrackers at attendees and deface campaign materials, the group brought a reminder of its “anti-fascist” message that often finds itself on the opposing end of free speech supporters.

“The city of Portland – from roses to riots. As a statewide candidate for governor, we should be able to go to the largest metropolitan community of our state and have a peaceful campaign rally,” he said.

“Of course, less than 15 minutes in, we’re greeted by Antifa, showing up with firecrackers that they’re throwing at us, paint, feces all over our campaign [signs], our campaign bus completely destroyed…”