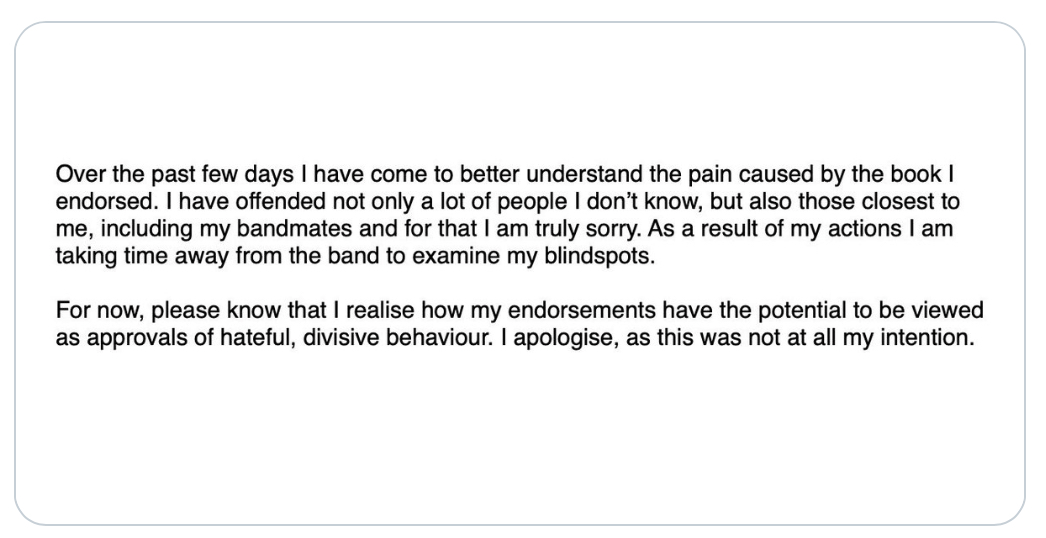 The banjoist for the popular band Mumford & Sons has become the latest victim of wokeism and cancel culture. Winston Marshall is taking an indefinite leave of absence from the group after daring to support conservative writer and journalist Andy Ngo on Twitter.

“Over the past few days, I have come to better understand the pain caused by the book I endorsed,” Marshall tweeted Tuesday, just days after congratulating Ngo as being “brave” for writing a book standing up to Antifa. (The book is called “Unmasked: Inside Antifa’s Radical Plan to Destroy America.”)

“I have offended not only a lot of people I don’t know but also those closest to me, including my bandmates and for that, I am truly sorry,” he added. “As a result of my actions I am taking time away from the band to examine my blindspots. For now please know that I realize how my endorsements have the potential to be viewed as approvals of hateful, divisive behavior.”

“I apologize, as this was not at all my intention.”

That’s a far cry from what he said on March 6, when he tweeted, “Congratulations @MrAndyNgo. Finally had to time read your important book. You’re a brave man.”

“I grieve for those who are made to suffer because they dare to read my work or talk to me,” Ngo said. “The danger of Antifa & their allies is not only their willingness to carry out or support maiming, killing & terrorism—but also how they close curious minds from independent thought.”

It seems Marshall didn’t have the same bravery to stand up to the mob he once so admired in Ngo.