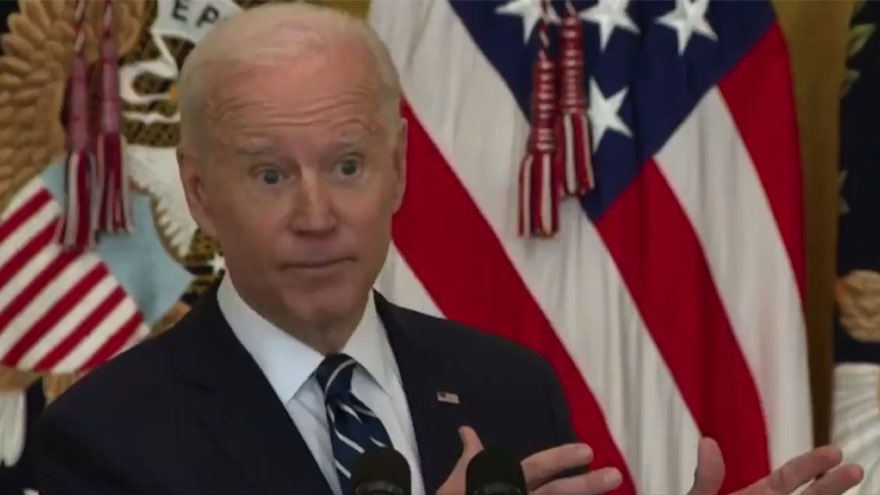 Joe Biden this week continued repeating an outright lie that even The Washington Post has debunked. It all centers on the new voting law in Georgia.

During an interview with ESPN, in which Biden said he would support moving the MLB All-Star Game out of Georgia, Biden said that

“This is Jim Crow on steroids what they’re doing in Georgia,” he said. “Imagine passing a law saying you cannot provide water or food for someone standing in line to vote. Can’t do that? Come on! Or you’re going to close a polling place at 5 o’clock when working people just get off. This is all about keeping working folks and ordinary folks that I grew up with from being able to vote.”

The Post’s fact checker, though, sets the record straight:

On Election Day in Georgia, polling places are open from 7 a.m. to 7 p.m., and if you are in line by 7 p.m., you are allowed to cast your ballot. Nothing in the new law changes those rules.

However, the law did make some changes to early voting. But experts say the net effect was to expand the opportunities to vote for most Georgians, not limit them.ADADVERTISING

“You can criticize the bill for many things, but I don’t think you can criticize it for reducing the hours you can vote,” said University of Georgia political scientist Charles S. Bullock III. He speculated that Biden may have been briefed on an early version of the bill — “there were 25 versions floating around” — and he did not get an update on the final version.

And what about the food and water part? That’s a complete mischaracterization. The law only makes it so that people passing out food and water have to be set up outside the 150ft distance that all people engaging in electioneering have to abide by. In fact, they can get even closer:

That makes sense, because people touting a certain candidate could easily skirt the rules under the guise of “helping” those in line.