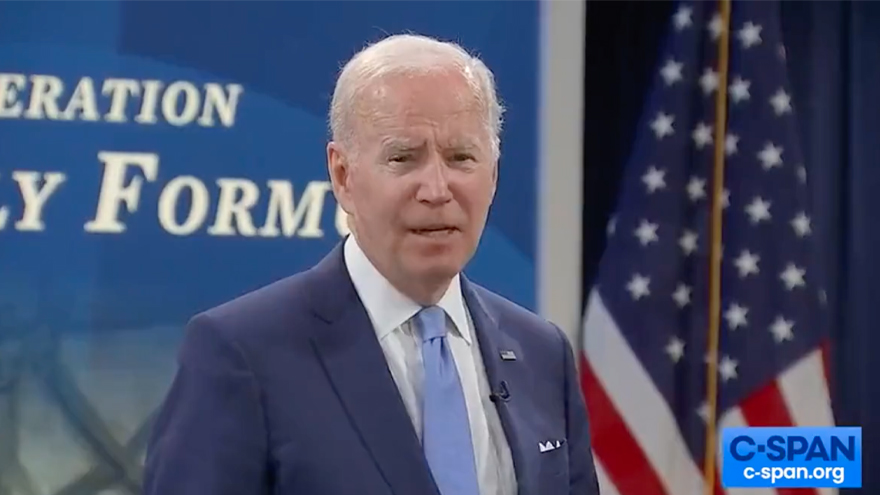 President Biden continued to cause more confusion regarding the US economy this week when he bizarrely admitted that a drop in food and fuel prices is “not likely in the near term.”

“The idea we’re going to be able to click a switch, bring down the cost of gasoline, is not likely in the near term. Nor is it with regard to food,” admitted Biden.

Today, I am proud to say that because of these flights, high-quality formula is already on the way to American shelves.  We’ve already conducted two flights with 1.5 million 8-ounce bottles of Nestlé and Gerber’s hydro- — excuse me, hypoallergenic formulas for children with severe allergies.

Without Operation Fly Formula, we wouldn’t have take — it would’ve take — we’ve — taken three weeks to get this product to the United States.  Because of our actions, it took three days.  And it’s heeded the request that people had, and it’s headed to American shelves.

And I want to thank the Department of Agriculture for helping fund and support Operation Fly Formula.  And today, I’m announcing plans for a third flight with Bubs Australia.  And — and the CEO of Bubs, Kristy Carr, is with us today — virtually today.

Third, the Food and Drug Administration is reviewing applications for another new, high-quality imports to increase our supply.

In addition to getting Bubs formula through the process, on Friday, the FDA announced that — that Kendal Nutricare would be able to import formula from the UK.