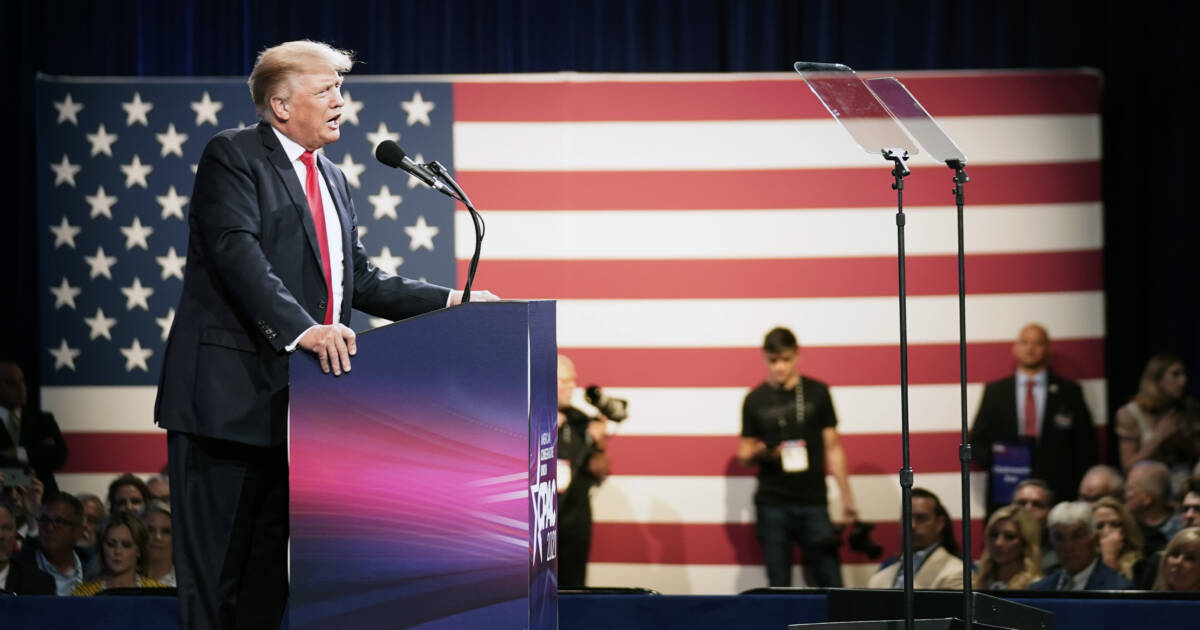 Former President Donald Trump says he’s surprised that Attorney General Merrick Garland would weaponize the DOJ and go after parents who oppose the teaching of CRT in schools.

In an interview with The Spectator World, Trump was asked about Garland’s recent decision.

“I’d love to get your reaction to Attorney General Merrick Garland mobilizing the FBI against parents who oppose CRT at local school board meetings,” asked Amber Athey, writer for the Spectator World.

“Well, I’m very surprised that he’d do it,” said Trump. “The local boards have gone out of their way to really take over the school system and to do things that a lot of the parents disagree with — I would say almost all of the parents disagree with. It’s shocking what they’re doing. So I was surprised to see it. The school boards have really been changing. They first, they changed for the worse. Now they’re changing for the better because parents are really up in arms about all of the things their children are being taught and they don’t want that. They want to have a more traditional, more, let’s say, more American form of education. And that’s not what’s happening. So I was a little bit surprised by it.”

Earlier this week, AG Garland announced he would have the FBI investigate a “disturbing spike” in school harassment against school administrators.

“In recent months, there has been a disturbing spike in harassment, intimidation, and threats of violence against school administrators, board members, teachers, and staff who participate in the vital work of running our nation’s public schools. While spirited debate about policy matters is protected under our Constitution, that protection does not extend to threats of violence or efforts to intimidate individuals based on their views,” Garland said in a memo.

“The Department takes these incidents seriously and is committed to using its authority and resources to discourage these threats, identify them when they occur, and prosecute them when appropriate,” Garland added.