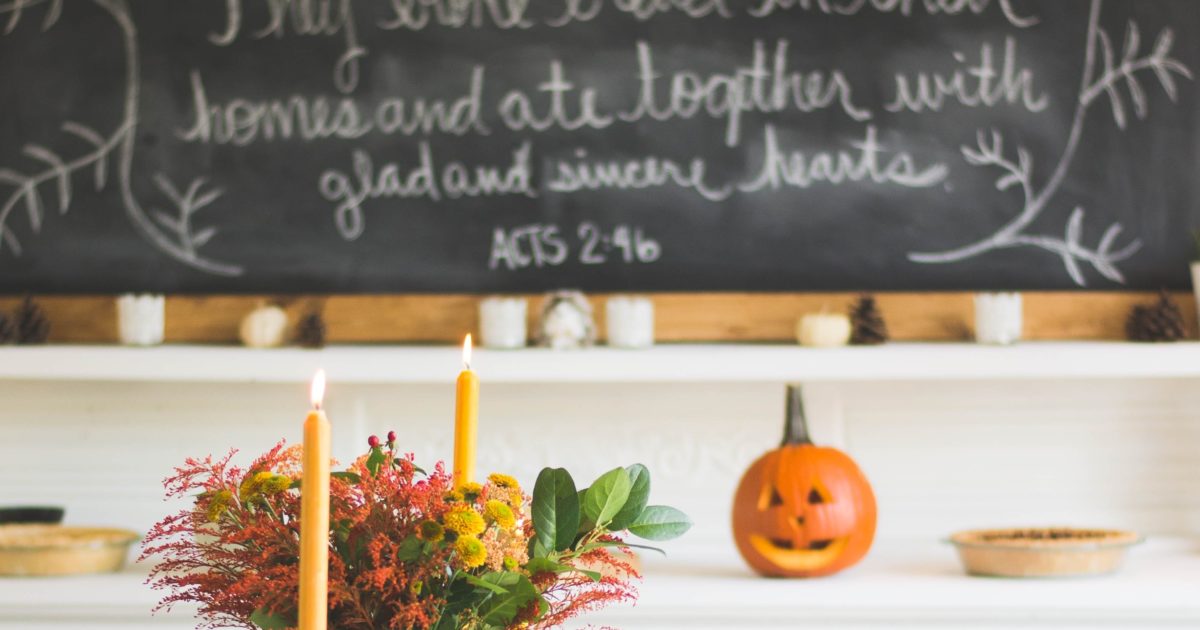 America is unique among developed nations in that (1) our sense of community is not derived from religious or racial homogeneity; (2) our government is structured to defend the minority from the unrestrained will of the majority; (3) we practice thankfulness without mandating worship. One of the gems–even the linchpin–in this bond is our national holiday of Thanksgiving.

Alexis de Tocqueville, a Frenchman, wrote in his two-volume deep dive into American community, titled “Democracy in America,” that our “associations” promote a strong bond that can survive even the most turbulent political upheavals. In fact, within 25 years of publication, our nation would be locked in the bloodiest war in the history of this continent. We survived it, not because the North defeated the South, or because slavery, as an institution, was removed from our laws, but because the humanity of our common bonds of association allowed General Grant to parole men who were up to that point, the enemy, to return to their homes free and undivided American citizens.

I’m fascinated by how many other nations celebrate this holiday, in imitation of America. In 2018, Voice of America looked at Canada, Grenada, Liberia, Japan, and Germany. As for Canada, it’s our neighbor to the north, and many of our own cultural proclivities are shared with fellow North Americans. They just do it earlier (in October) because, well, it gets cold in November up there (I assume that’s the reason, plus it’s a harvest holiday).

If you look at the other nations, they have one thing in common. Grenada celebrates Thanksgiving on October 25: The day American Marines, ordered by President Ronald Reagan, liberated them in 1983. Liberia was established by freed slaves, and retains many symbols of American culture, including our Thanksgiving Day. Japan and Germany were liberated–their fascist and militaristic Bushido imperial governments utterly defeated–and rebuilt by American investment and philanthropy.

America has defended liberty around the world, and nations display their gratitude by adopting our Thanksgiving. This in itself demonstrates the power of the holiday.

In America, we generally associate Thanksgiving with the arrival of the Pilgrims, who were religious refugees from England, which had (and has) a state religion. In the past, even publishing a Bible translation earned a death sentence (see Jan Hus or John Wycliffe), and practicing a more fundamentalist, or “pure” (as they were called “Puritans”) faith earned persecution. The pilgrims arrived in the New World, where there was no infrastructure to support them.

In that first winter, over 40% of the pilgrims died, and the community was in danger. In what our kids learned, until radical “critical race” theory made it impossible to teach, the friendly Wampanoag heard the settlers gunshots as they hunted, and their chief Massasoit took 90 warriors to see if this was preparation for war.

When he realized they were just hunting, he joined them and they feasted together for three days.

This did happen regardless of those who try to prove it’s a myth, and for several years afterward, the annual feasts continued. Nothing lasts forever, and eventually, Native American and European colonist culture clashed, resulting in some bloody and terrible times in our history. Though I’m not proud of those, Thanksgiving has endured, and should endure as a symbol of our common humanity and our belief in a divine order.

Divine order is really the reason Thanksgiving is necessary, and why it’s the vaccine for tyranny. America doesn’t have a king to tell us who or what to worship. We don’t have a state religion. But knowledge and gratitude to the divine, and the Creator, is inculcated into our heritage, our ideals, and our founding documents.

George Washington realized that when fog rolled into the East River, which allowed him to finish evacuating his 9,000 troops from Brooklyn Heights to Manhattan in daylight, with General Howe’s men poised to capture him and end the War of Independence in August, 1776, less than three months after the Declaration was signed, it was not coincidence, or chance. It was divine providence.

I could go on about the “arc of history” and all its platitudes, but in fact there can be no “arc of history” or even a real sense of justice, charity, or common love of our fellow Americans without a sense of gratitude to the Creator who made us all equally blessed with His divine nature.

Thanksgiving Day is a day when Americans look at our families, our homes, our blessings, and even our adversity, and give thanks to God (as however we see God, or worship the divine) for our common bonds of affection. These transcend politics, government, and cultural origin. In fact, immigrant Americans are more ardent in celebrating Thanksgiving than many who were born and raised here.

The government may try to tell us not to gather, not to eat together, not to celebrate each other, because of a pandemic. But we don’t have to listen to that. We should take precautions, but in love, not tyranny.

While other nations imitate American Thanksgiving, and many of those nations have governments that tell their subjects what to worship, how to worship, and how community is to be celebrated, America doesn’t need to imitate anyone.

For those who think it’s about Native Americans and myths of Pilgrims, you can keep your tyrannical dreams in check, because Americans are thankful people, and our gratitude doesn’t leave room for your cancel culture.

Thanksgiving is ours, and as long as we have it, we will not suffer tyranny. We will be thankful and trust God to give us opportunity, courage, and conviction to throw it off like a moldy blanket.

God bless you and have a wonderful Thanksgiving tomorrow. Celebrate it with your loved ones.