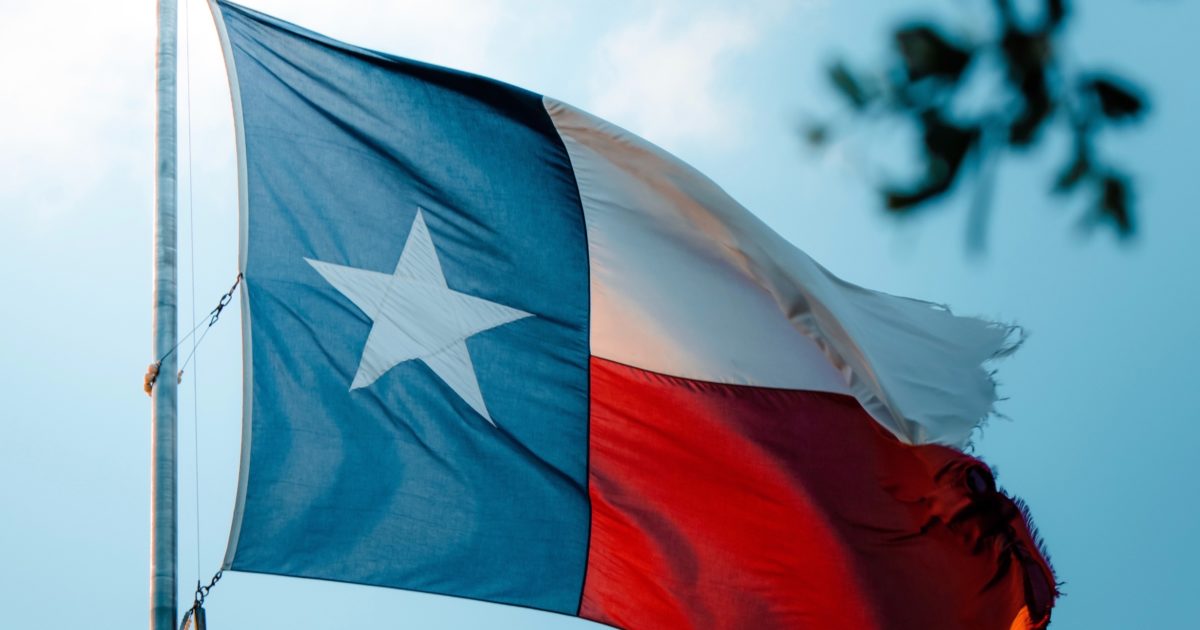 Texas Attorney General Ken Paxton has filed a 41-page motion with the U.S. Supreme Court seeking permission to file a lawsuit against Pennsylvania, Georgia, Michigan, and Wisconsin, for violating their own state laws and therefore invalidating their ability to select electors according to Article III, Section 2 of the Constitution.

The motion contends that the flaws in those states’ elections are sufficient to “cumulatively preclude knowing who legitimately won the 2020 election and threaten to cloud all future elections.”

Taken together, these flaws affect an outcome- determinative numbers of popular votes in a group of States that cast outcome-determinative numbers of electoral votes. This Court should grant leave to file the complaint and, ultimately, enjoin the use of unlawful election results without review andratification by the Defendant States’ legislatures and remand to the Defendant States’ respective legislatures to appoint Presidential Electors in a manner consistent with the Electors Clause and pursuant to 3 U.S.C. § 2.

This motion ratchets the “stolen election” argument up several notches, and elevates it to a simple question for the Court. Is there sufficient doubt cast on the electoral results of the presidential election, now and in the future, to warrant one state’s complaint to see it “done right?”

Though the specific complaints raised by the Trump legal team, and frivolous or even silly (false allegations and using the wrong state’s registration data) lawsuits at the state level, we can’t undo the uneven playing ground, given the pandemic, and the attitude of Democrats and pundits that the 2016 election was “rigged.” Dana Milbank even wrote in the Washington Post that “The election really was rigged.” He wrote:

Both distract from the real scandal, which is happening in plain sight. Millions of would-be voters didn’t participate because of obstacles designed to discourage them. The hurdles were, thanks to a 2013 Supreme Court ruling invalidating key parts of the Voting Rights Act, largely legal. And they arguably suppressed enough minority voters to cost Clinton the election.

Now we have an election where millions of would-be voters did participate, and the hurdles were dismantled by federal and state judges, working with elected and unelected election officials, without the imprimatur of the state legislatures, and in some cases, counter to the legislature’s wishes.

I’ve been writing for months that this endless tinkering, in Georgia, in Pennsylvania, and in other states, was going to introduce an unacceptable level of uncertainty into the race. Georgia, for instance, had no legislative mandate to accept ballots delivered after Election Day, or look at postmarks. Neither did Wisconsin. But judges and election officials in both states had to develop, ad hoc, those procedures to sequester ballots and determine eligibility based on standards not set out in law, but ordered by a judge.

It’s not wrong to question the authority and ability of elected officials like Georgia Secretary of State Brad Raffensperger to negotiate and comply with a consent decree approved by a federal judge dealing with claims made during the 2016 and 2018 elections. I wouldn’t go so far as to say Raffensperger was complicit in some conspiracy because he did that–he saw it as part of his job.

The claims made by Democrats like Stacey Abrams still resonate, that Republicans have acted, in a conspiratorial manner, to set up a Jim Crow-like system of suppression. Here, I searched, just now, Google for “Republican voter suppression” and got these results.

Even with an electoral victory, leftist media is still pressing the story that Republicans suppress Democrat votes.

Paxton’s proposed suit correctly argues that the only forum left to cure “a taint of impropriety threatening the perceived legitimacy of their election” is the Supreme Court, because the Electoral College will vote on December 14 (emphasis mine on “perceived.”) It goes on to ask: “Did Defendant States violate the Electors Clause (or, in the alternative, the Fourteenth Amendment) by taking—or allowing—non-legislative actions to change the election rules that would govern the appointment of presidential electors?”

The suit is about perception. Democrats put up months of messaging telling their voters to vote by mail, and that on election night, there would be a “red mirage” that would fade as the mail-in results are tabulated. That indeed happened. But Trump’s message overwhelmed his own voters, who never got the “red mirage” message. And the statistics, cited in Paxton’s propose complaint, look bad, because truly, they are bad.

Of course, we can’t compare 2016 to 2020, because of the pandemic, and because of all the structural changes made, some in the last 60 days of the election cycle, that governed how votes would be received, vetted and tabulated. But perception is the key to the argument here.

If the only way Trump supporters can swallow the actual race results is to believe that a 1 in 1,000,000,000,000,000 (one in a quadrillion) event happened, giving a close election to Joe Biden over Donald Trump, even in the face of overwhelming evidence that every rule was followed, every jot and tittle was accounted for, and every legal ballot was tabulated and illegal ballots were discarded, that’s one tough pill to swallow.

Paxton’s lawsuit argues that the pill is too difficult to go down, and should not have been allowed in the first place. I agree.

But the solution–a do-over–is probably too much for the Supreme Court to bear. I doubt they will grant even a hearing, though they should.

This isn’t the end, and we’ll be hearing about it for the next four years or even further on down the road, if SCOTUS kicks the can. Again, it’s not about the actual results–it seems clear Biden won–it’s about the system that brought that result about, and the massive uncertainty injected into that system by non-legislative means.

Millions of Americans will never accept Biden’s victory, and they are not wrong to question it. But regardless of how right Paxton’s lawsuit is, it’s going to be too little, too late. Trump should have conceded and let this go, then we can go about solving the problem. I’m afraid that when SCOTUS rejects the Texas suit, the only argument anyone will hear will be the one heard on April 19, 1775 from Lexington Green.