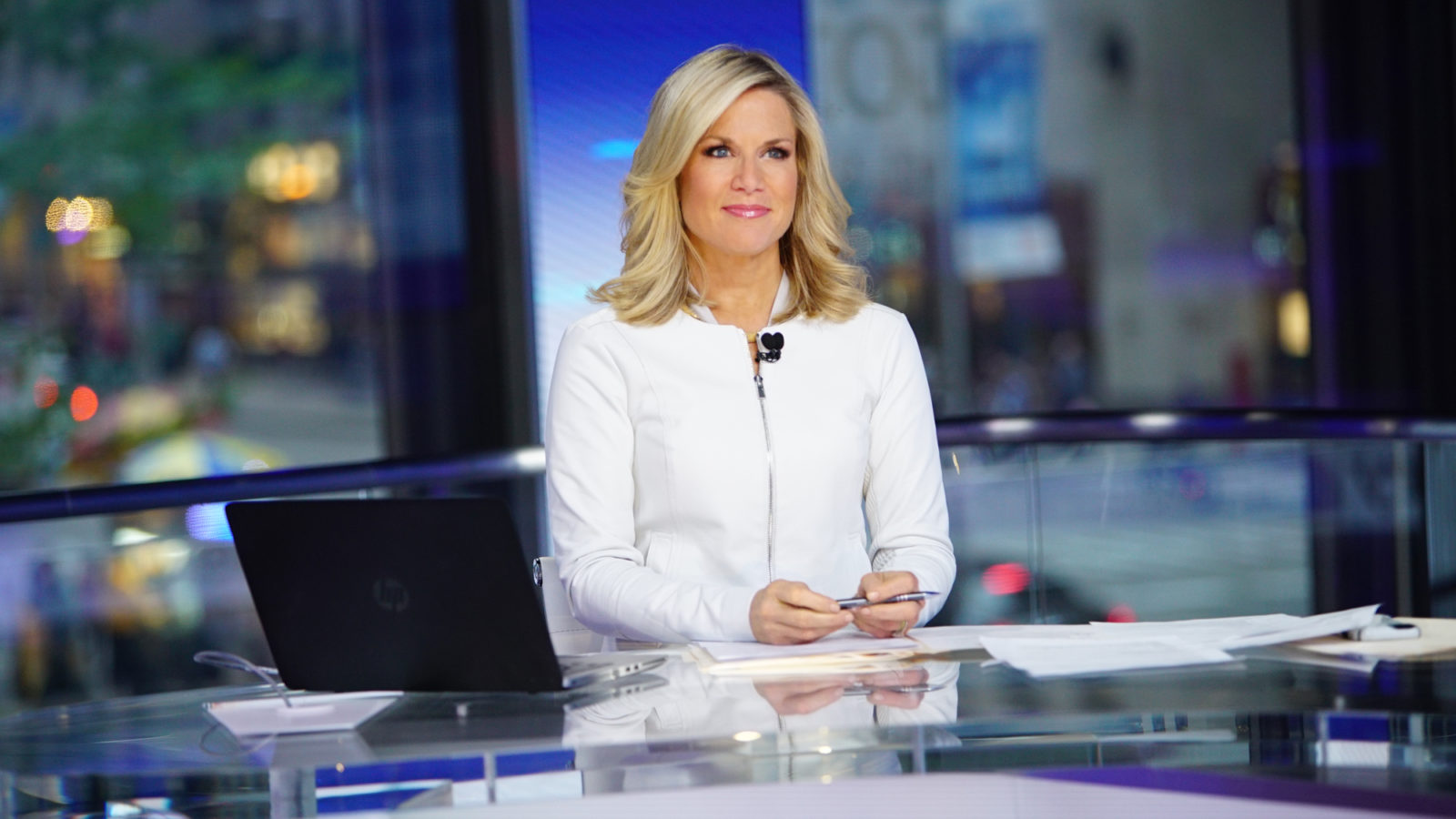 For this week’s “BCC” interview, I emailed with Fox News host Martha MacCallum. MacCallum has been with Fox since 2004, and now hosts the 7pm ET show “The Story.”

Below is the full email exchange between myself and MacCallum – where we talk coverage of Flynn unmasking, Tara Reade, how Fox News has changed, pros and cons of Twitter, podcast suggestions (including from the left and the right) and much more. For some past interviews, click here for my “BCC Interview” with Fox News’ Greg Gutfeld, or here for my “BCC Interview” with the New York Times’ Ben Smith. And click here to subscribe to the Fourth Watch newsletter.

Thanks for doing this, and hope you and the family are doing well in this crazy time…

I wanted to start with the coronavirus crisis which has become ubiquitous across all elements of the media now. You recently co-anchored the town hall with President Trump, and have seen from viewers just how hungry they are for answers and information. How has covering this crisis been different than past wall-to-wall stories? Also, as you continue interviewing governors across the country as state’s begin strategic easing of lockdown restrictions, what do you think of the lack of nuance in many places of the media – this sort of fear-driven, anti-lockdown coverage? Are they missing the story?

I’m also curious about the Biden sexual assault allegations. You’ve been covering the MeToo movement – particularly the Weinstein story – quite a bit over the years. You recently said these allegations by Reade put some on the left in a very precarious position as they wrestle with supporting Biden and believing women. How do you think this story will continue to evolve in the media? And did you see Megyn Kelly’s 40-minute sit-down with Reade last week? What do you think comes next now that Reade is on record in a comprehensive way?

Thanks, and feel free to throw any questions my direction…

In some ways, this is unlike any story I’ve ever covered.  Our job is to go TO the story, wherever it is.  But in this case, America is hunkered down, isolated, even journalists, reporters and anchors who would much rather be in the field and on the ‘frontlines.’

This is a tragic time for our country, but I think we must also heed the words of President Franklin Roosevelt as well.  Often the “fear itself” can be paralyzing.  We have learned a great deal about this virus, but there is quite a bit more to learn, about symptoms and lingering effects.  However, as devastating as it is to lose so many Americans, and we mourn each loss with their families, we are making strides on treatments and we all hope and pray that a vaccine is around the corner.  We must however not let our fear get the better of us, the vast majority of these cases have been in three states- New York, New Jersey (my home state) and Massachusetts.  More than 98% of patients, thankfully, recover.

One area my show has focused our coverage is on the long term care facilities — where many states have seen more than half the deaths.  I fear that too many of these older people, many of them Veterans who served our country, have been in some cases cast off has vulnerable, casualties of this crisis.  Now the federal government is ‘surging’ testing to these facilities – given that we knew before COVID-19 reached our shores that this population was in danger, why was this action not taken months ago?

Regarding the Tara Reade allegations – I have always felt that ‘believe all women’ was a dangerous posture.  I believe in due process for both sides. Years ago I did a documentary about what was happening on college campuses.  The Obama/Biden administration sent colleges a “Dear colleague” letter urging a tougher stance on sexual harassment or assault cases on campuses.  This led to quasi-judicial college panels composed or one or a handful of professors tasked with judging guilt or innocence in these cases.  Everyone wants to live in a world where the guilty and the innocent see justice.  This format did not always provide that justice.   Now Secretary DeVos is seeking to bring more due process to these cases and the former Vice President is already promising to overturn it.  Now that Joe Biden is dealing with his own accusation,  and Tara Reade spoke forcefully in the interview with Megyn Kelly, one might think he would see the need for due process and fairness even more clearly.  I hope to get the opportunity to ask him to expand on his thoughts on this important topic.

You mention the Obama administration, so let me ask about a recent development concerning the former administration – the Flynn unmaskings. Fox News has covered this quite a bit, whereas very few other media organizations (outside of former Fox Newser Catherine Herridge at CBS) have given it much attention. What do you think of the story – and the coverage of it? What do you think it says that a media so interested in “Russia collusion” for years has suddenly gotten silent?

I also wanted to ask about your time at Fox News. You’ve risen through the ranks at Fox, having been there going on 16 years now. What has changed since you came in 2004? I briefly worked at Fox, as an intern and then as a PA out of college, and still have many friends there. Like much of the media, Fox News has gone through leadership changes that have brought in an entirely new “administration” now. But unlike other media outlets, for so long, it was singularly the Roger Ailes vision. Change is inevitable, but what has stayed the same from that era, and what do you see as different?

It is amazing the lack of interest in this story by so many reporters who covered the Russia collusion narrative so closely. Unmasking in and of itself is not unusual, the current administration has made copious similar requests, the real issue comes in after the unmasking — when General Flynn’s name was leaked to the press.  The FBI found no ‘derogatory information’ against Flynn.  That’s just the fact of the matter. All Americans should be interested in questions of abuse of power.  As reporters, that’s what we are here for, and it must be reported.

On working at Fox: I think what has ‘stayed’ and what I hope always ‘stays’ is our scrappy quality.  Fox News is the number one news channel in the US, but our roots are lean, hard-working and contrarian.  We don’t toe the line. When others fall in line, we go outside the lines.  America wants the hard questions asked and the buttons pushed — and we must always remember that we filled a void of ‘unasked questions’ and we asked them.  We are not perfect, so when we make mistakes we own up to them and move on — but it’s those principles that made us who we are, and we need to stick to those roots.

I’m curious also about the news environment in 2020. It feels like Twitter has become such a programming mechanism now for media – and also a platform that has, perhaps, outsized importance compared to the amount of weight it actually has. What do you think of the role of Twitter, and other social platforms, on what you do on a regular basis?

Let’s close on an optimistic note – who is a person or people you find compelling in the media that may surprise people? Who are you a fan of? And what up and coming people or media entities can you point to that are doing interesting things in the landscape?

Thanks for doing this!

That’s a great point about Twitter, Steve. There are roughly 50 million Twitter users in the US, likely less than half are active each day.  Most Americans never go on or tweet, but many see what the President and others have tweeted when they watch cable news. For us, it has become “the wires” – the constant update by news sources, for that it’s now indispensable, I would say. But the Twitter sniping and threads that consume many in our business, don’t register in a meaningful way outside that circle.  Social media is part of our lives, and is here to stay, but what I worry about is when it takes over too big a chunk of people’s lives. I believe in taking good long breaks from it when you can. Especially for kids. The longer you can go without letting your kids near it, the better off they will be!

I love sports and history and politics of course. I listen to podcasts by Ben Shapiro, David Axelrod, The Daily. Dana Perino and Chris Stirewalt. I get a kick out of Dave Portnoy.  I like to mix it up. I love doing my podcast, The Untold Story. Podcasts to me are like old radio shows, slower and more deliberate. When you bounce around them it’s like going up and down the dial. I also love to read. I am reading a great book about The Blitz and Churchill called, The Splendid and the Vile, by Eric Larsen. I started it after my book tour for my book, Unknown Valor: A Story of Family, Courage and Sacrifice from Pearl Harbor to Iwo Jima, was cut short by the virus.  I can’t wait to get back on the road to finish our events and get back to 2020 Election coverage, soon I hope.

Great talking with you, Steve. Be well!

The courts aren’t a winning campaign issue for the left

Though you wouldn’t know it if you watched the final presidential debate of 2020 Thursday night, one of the major closing issues in the campaign is the one over court packing. After weeks of bizarre stonewalling over the fairly straightforward question whether he supports the far-left’s proposed plan to increase the number of justices on …

The fear-based manipulation of the anti-Trump media | Mike Slater

“You can be a normal, loving, joyful human and support our president.”