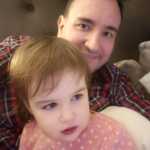 Sign up below for Fourth Watch, the media newsletter with a new perspective, brought to you by veteran media insider, Steve Krakauer.

Let’s survey the political and cultural landscape in 2020. Many of our most celebrated media outlets believe they are in an existential fight with a guy who hosted a reality show in which Lil’ Jon competed with Meat Loaf to see who could more successfully run a pizza shop. There is one social media outlet – Twitter – which amplifies an echo chamber to unparalleled proportions, while another social media outlet – Facebook – attracts a bipartisan vitriol at least in part because of the notion it has failed to provide the business model it promised. There are billionaire tech moguls buying up historic media outlets like the Washington Post and Time Magazine as vanity projects, while the relevance and staying power of marquee digital media outlets are being seriously questioned.

All this while we are in the middle of a seemingly-endless pandemic that, in theory, should unify the country around facts, but instead has pushed the fringes to the forefront and increased the divisiveness in the media.

We are in a strange and interesting moment. Let’s step back, and dig in.

The media and culture brand Fourth Watch is a 3-times-per-week newsletter, documenting what’s most interesting and important in this current media landscape we’re inhabiting.

There are a few important principles, which I often return back to with Fourth Watch. First and foremost, this is not an “I hate the media” newsletter. I love the media. I want it to be better. For 10 years, I was in the media – with stops at CNN, Fox News, NBC, TheBlaze, Mediaite and TVNewser. It is because I love the media that it so pains me to see what it has become, particularly in the past 4 years. The introspection-free, self-serious, geographically-insulated apparatus that feeds most of what counts as “the media” these days has sadly lost its way. Trust in the media has always been low. But as many in the media on both sides of the political spectrum become more polarized – and polarizing – trust in the media is now at historical lows.

On the independence part, some basic “full disclosure” elements about me – I voted for Bush in 2004, Obama in 2008, no one in 2012 because my job was so closely tied to the election for CNN I felt uncomfortable casting a ballot, and in 2016 I couldn’t bring myself to stomach voting for either candidate so I went with who I felt best embodied the type of candidate I’d like to see in the Oval Office (I wrote in Judge Judy). I am a registered independent, and, while Fourth Watch is not overtly political, this will likely veer into political territory, and I can truly say my mind is fully open now, in 2020 and beyond.

Newsletters are also, by definition, a “long read.” Like the media, I love Twitter, but Twitter is so counterproductive to actual discussion. (Like some in the media, I have tried to consciously uncouple from the platform, only to return again, many times. It’s a rough breakup.) This is an opportunity to go long, and deep, rather than shallow and context-free. Nuance over nonsense.

If Fourth Watch was about me, it would truly be a failure. This is a reflection of the audience – an interactive conversation. The newsletter is full of breaking news nuggets, exclusive interviews and other features – in addition to the commentary.

So, why “Fourth Watch”? A few reasons. “Fourth Watch” refers first and foremost to the “Fourth Estate” or fourth power. The Fourth Estate refers to the press, or news media, or journalism in general. In America, the reference to the Fourth Estate is often contrasted with the three branches of government, with the press playing a watchdog role. However dating back earlier to Europe, the Fourth Estate was a separate entity from the nobility, the clergy and the commoners. In a way, there were the two spectrums of elites, and the people – and the press, to be the conduit, the distiller. But “Fourth Watch” also connotes a more detailed analysis – not just giving something a first look, but a series of interrogations. What you find on a fourth watch of a TV show, a fourth read of a book, a fourth examination of a particularly insane cultural moment – it’ll be far more substantive than what you’ve got on watch one.

So join me? Let’s build a better media together.

Nothing like the last election cycle and this one highlight the fact that America’s national motto of “e pluribus unum” should be “e pluribus duo.” Instead of “out of many, one,” in practical operation, we live under “out of many, two.”

The courts aren’t a winning campaign issue for the left

Though you wouldn’t know it if you watched the final presidential debate of 2020 Thursday night, one of the major closing issues in the campaign is the one over court packing. After weeks of bizarre stonewalling over the fairly straightforward question whether he supports the far-left’s proposed plan to increase the number of justices on …

The fear-based manipulation of the anti-Trump media | Mike Slater

“You can be a normal, loving, joyful human and support our president.”