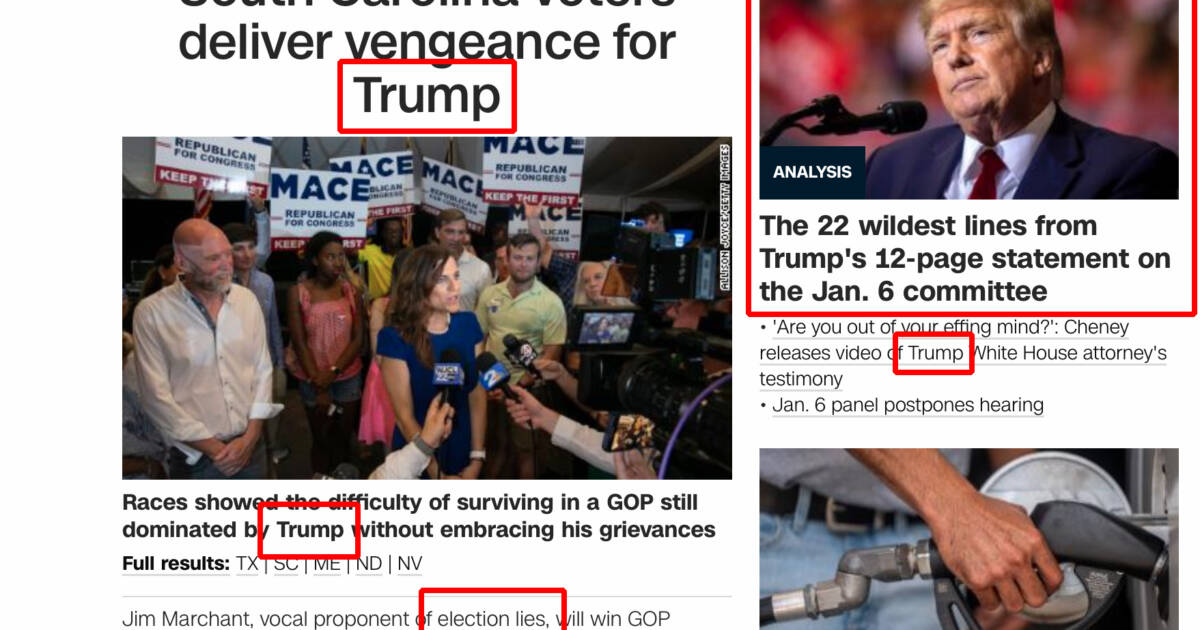 CNN continued their all-out obsession with Donald Trump Wednesday, with their homepage filled with references to the former President, the 2020 election, and alleged conspiracy theories.

From Joe Biden’s address to the Democratic Party:

And that’s why I went to Adam and the leadership in the House and Senate and passed — we passed an infrastructure bill — road, highways.  But not only that — and bridges and airports — but also the whole idea of an Internet that is affordable for everyone.  We’re going to spend over a trillion dollars — a trillion 200 billion dollars to make sure we become the leading country in the world in terms of the modernization of infrastructure.

The point I’m trying to make is that the — you know, the idea is we also have had a few other things land on our plate, like — like Putin.  (Laughter.)  You know, the idea that we can stand by and let Vladimir Putin not only invade a country, the country of Ukraine — which, by the way, nothing like this has happened since World War Two.  This is an incredibly consequential initiative.  Over 100,000 Russians invading a country in the middle of Europe at a time when we thought those days were over.

But this is a guy who I had been meeting with in Geneva, trying to put together around Christmastime last, and — to talk about dealing with a strategic compromise relating to nuclear weapons and space and the like.

And here he goes ahead and he decides he’s going to take over.  He doesn’t want to just invade Ukraine, he wants to obliterate the Ukrainian culture, because he believes there’s no such thing as an independent Ukrainian culture.

Look what he’s doing.  He is not only dealing with wiping, trying to go after what’s left — what was a small military to begin with in Ukraine.  He’s knocking out all their cultural centers — their museums, their schools, their historic landmarks.  He’s trying to obliterate the culture.