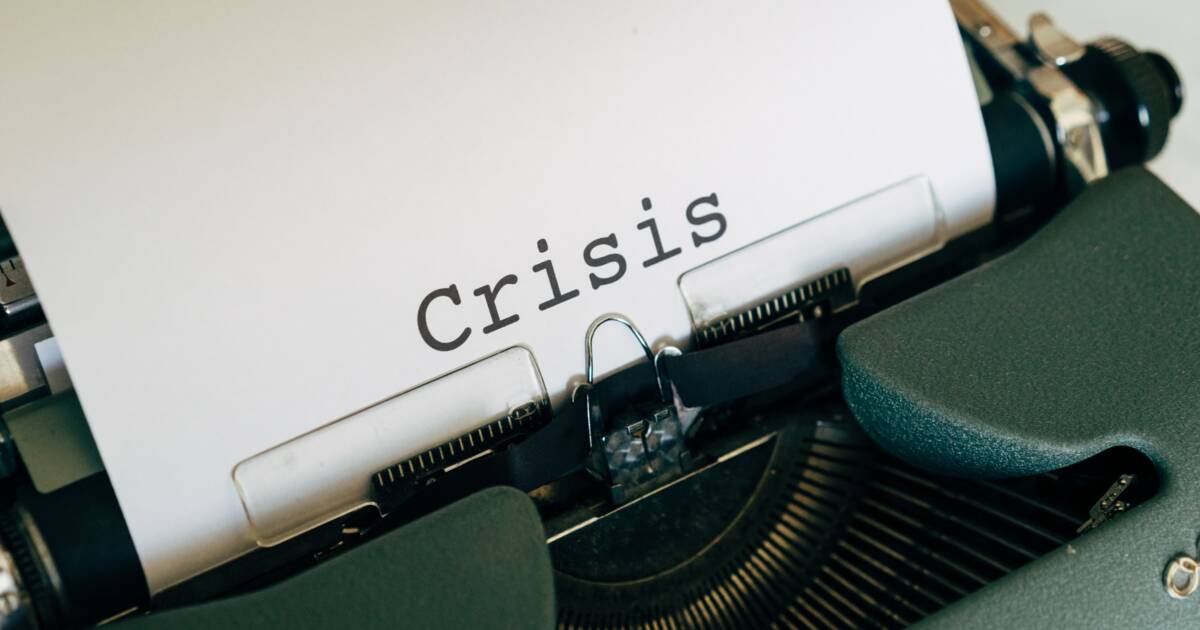 The far-left had high hopes for President Biden. He and his running mate Kamala Harris were supposed to return a quiet calm to the nation, while turning every crisis left behind in the wake of the Trump presidency into an opportunity to advance the liberal agenda. It hasn’t quite worked out that way, and it’s not likely to work out at all for them.

Words like “wounded” and “failing” are bandied about in Democratic circles. They can’t understand why Biden keeps making “baffling mistakes” in foreign relations, and in the domestic agenda, “I wish that we could all be more on the same page,” said Sen. Mazie Hirono from Hawaii, referring to the American Families Plan which is getting slaughtered by both moderates and the extreme left in Congress.

Biden’s crises are piling up like dead woodchucks under the porch (that’s a line I cribbed from my brother Jay), and they’re beginning to really stink. He’s being driven like a rowboat sans oars by the winds of the progressive mantra, “never let a crisis go to waste,” but the Biden administration is wasting all of them.

This may be because Biden is a basically decent guy, who believes many things that moderates and even Republican-leaning centrists believe. He comes off really pasty and fake when he talks about packing the courts, or doing a national vaccination mandate. His anger seems to be misplaced, like a badly-coached actor in a B-movie. Barack Obama was much more skillful at this kind of theater of the crisis, and managed to bait Republicans like Sen. Ted Cruz into disastrous (for the GOP) showdowns.

Biden, on the other hand, has slid down to Trumpian approval levels. It’s not just Biden, either.

Fifty-five percent of those surveyed say that Mike Pence was a better vice president than his successor, current Vice President Harris. Secretary of State Antony Blinken performs even worse, with 63 percent of respondents saying that his predecessor, Mike Pompeo, was the better secretary of State.

Meanwhile, the crises aren’t going away, and the far-left cabal in Congress is unable to use them to advance its agenda. They act like Biden gave progressives a mandate to do things in Obama-esque fashion, when in reality the only thing that’s really changed in our federal government is the absence of Donald Trump in the White House.

Sens. Joe Manchin and Krysten Sinema are beyond annoying to people like Sen. Bernie Sanders, along with Reps like Alexandria Ocasio-Cortez and Jamaal Bowman. The more upset they act, and the more they threaten to kill Biden’s agenda, the more I can respect Senate Minority Leader Mitch McConnell for smugly sitting by and watching them twist in the wind. Mitch had to suffer the same fate during the Obama years, and now he gets to see revenge served cold. This kind of flip-flopping by McConnell is ultimately bad for the country, but on the Hill, what’s good for politics has supplanted national interest.

The far-left blogosphere is apoplectic that Biden negotiated a pact with Australia—Australia!—and the U.K. to sell the Aussies nuclear submarines to counter China’s growing sphere of influence. It’s bad enough that the word “nuclear” is in the pact, but the fact that Biden is consorting with Boris Johnson and Scott Morrison is almost unforgivable in liberal circles. Here’s a sample from “umair haque” writing in Medium.

Biden has signed this pact — AUKUS — to please Boris Johnson and Scott Morrison. These are two fanatically ultra conservative leaders. One a climate change denier, the other who behaves as if Covid is “just a flu.” They could care less about Biden or liberal progress at all. Why appease them? At the cost of Europe? This ain’t just bad policy. It’s terrible, amateur hour politics.

This is a bad, bad look for America. It reeks, to the rest of the world, of both paranoia, racism, and American empire. Three white nations…making nuclear weapons…to fight against…the largest non white nation. For no good reason. Unprovoked.

The head of the U.N. rebuked Biden and China President Xi Jinping for their “totally dysfunctional” relationship. Secretary-General Antonio Gutteres treated the President of the United States like a wayward child, something he hadn’t done since getting on Trump’s case for his travel ban in 2017.

Nothing will spook markets like a cold war between China and the U.S., especially one that Biden blunders into by inaction and paralysis, while China boldly plots its strategy for global influence.

Liberals are also really steamed about how Biden has mishandled the COVID-19 crisis. Mixed messaging, masking wars, and stupid blaming of red-staters is so ham-fisted that even the Jacobin-loving cabal driving the Biden White House to react to every idiotic celebrity like they were Kim Jong-un threatening to unleash hell finds to be childish and counterproductive.

As the U.N. delegates gather in New York, Biden is expected to focus his remarks on COVID-19, global warming, and China. These are the crises he wanted to leverage, and they are the ones the president is failing to address.

Then, there’s the border. Biden has directed the State Department to raise the refugee admissions cap from 62,500 to 125,000 in fiscal year 2022. Again, muddled, mixed messages, as federal Border Patrol agents began rounding up Haitian refugees at the Del Rio, Texas border camp, and loading them on to planes back to Haiti. More than 3,000 migrants have been shipped back to the place they fled.

“There’s no safety in Haiti and there’s no work,” said Rolin Petit Homme, a 35-year old Haitian who had camped out under the bridge, but says he’ll now try to eke out a living in Mexico rather than go back home.

The border crisis has finally bubbled to the surface in the mainstream media, which has used practically any other news item to push it down off the front page.

There are so many people there now, in fact, that the area has become what The Washington Post’s Nick Miroff described as a small city, one with its own emerging economy — centered, often, on food. Migrants who had arrived on the U.S. side were using a low dam just west of the bridge to head back into Mexico to get supplies, food and items such as mattresses or ice cream that could be shared or sold in the camp. In a phone call with The Post, Ratje described a lack of food and water as a common complaint among the migrants. So the international flow of commerce moved from on top of the bridge to the river beneath it.

The Biden administration has not been able to “use” this crisis because they tried to cave to the far-left cabal and admit every undocumented alien to our country. But COVID-19, federal judges, and the sheer logistics of taking care of tens of thousands of immigrants have overwhelmed them.

Now Biden is finally sending 400 agents to Del Rio, after months of dithering around and doing nothing.

Finally, we haven’t forgotten about Afghanistan. Secretary of State Anthony Blinken defended the botched withdrawal to Congress last week. It was a nothing event because there is no defense. “We will respond with force and precision at our time, at the place we choose, and the moment of our choosing,” Biden said after the vicious suicide bomb attacks in Kabul. He fulfilled neither precision nor the right moment or even the right target.

How did Biden feel after finding out our drone strike killed an aid worker who was trying to get people out of Afghanistan instead of ISIS-K terrorists?

“As a human being, as a president, as someone who has overseen loss in a variety of scenarios, both as a leader and personally, his reaction is it’s a tragedy and every loss is a tragedy and he supports the effort to move this forward as quickly as possible and to have a thorough investigation,” Press Secretary Jen Psaki told the media.

The crises keep piling up, and America, far from being “back,” is fumbling around with an ineffective chief executive who reads his cue cards and teleprompter speeches written by the far-left, who tailored them for another Obama crisis president. But Joe Biden has no appetite for crisis. He just wants to rest.