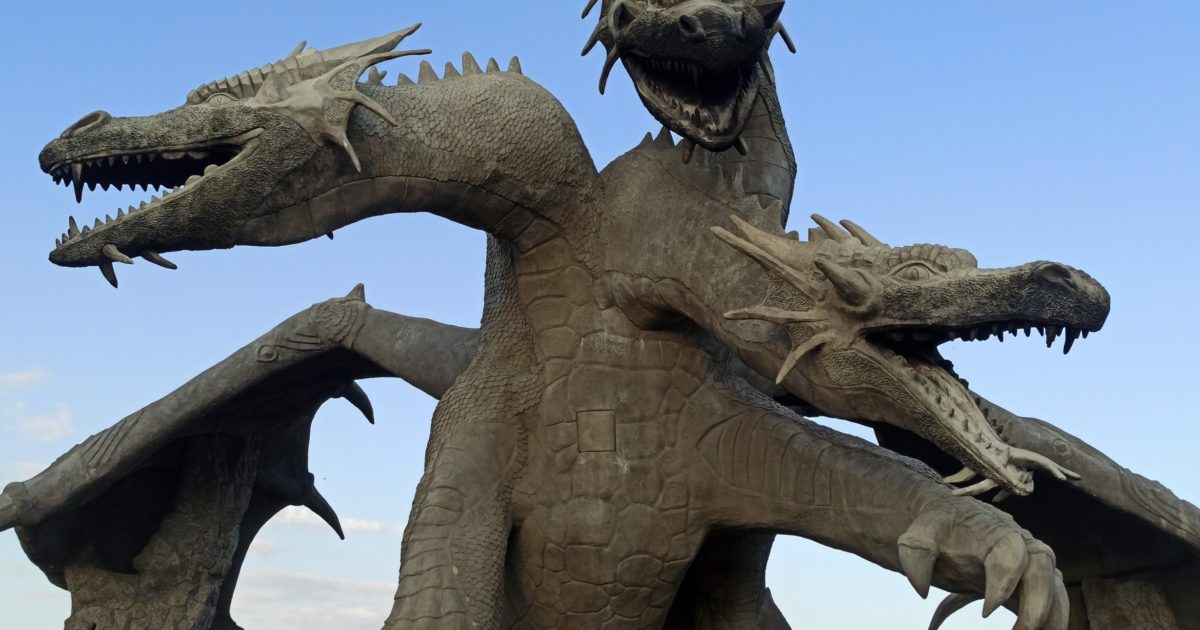 Sixty years ago, or 15 days in measured time outside the accretion disk of the Trump post-election black hole, President Trump asserted that Democrats “stole the election,” to which I and about a thousand other writers, journalists and bloggers replied, okay, show us the evidence.

Since then, we’ve seen an avalanche of lawsuits centered around lack of access for election observers to counting rooms, sharpie markers, and, most amazingly, the software used to power voting systems. I postulated that if there was any “there” there, you’d see some high-powered attorney join the Trump team.

Now most of these suits have dried up and blown away, including as I write this, CNN reported that a federal judge has dismissed the entire Pennsylvania lawsuit by the Trump campaign.

“Plaintiffs ask this Court to disenfranchise almost seven million voters. This Court has been unable to find any case in which a plaintiff has sought such a drastic remedy in the contest of an election, in terms of the sheer volume of votes asked to be invalidated,” US District Court Judge Matthew Brann wrote Saturday.

Sidney Powell is the attorney who represented Gen. Mike Flynn in the Obama DOJ’s botched perjury trap. She told Fox Business host Lou Dobbs that in two weeks, she was going to “release the kraken” that Dominion Voting Systems and Venezuelan hackers rigged the election for Joe Biden.

Trump’s faithful lawyer Rudy Giuliani said in a press conference that his legal team found “more than double the number of votes needed to overturn the election, in terms of provable, illegal ballots.”

Let’s take this at face value, as a thought experiment. Seriously, let’s do this by the promised evidence and the implications and logical requirements to support this evidence.

Let’s say that there was a massive fraud perpetrated on behalf of the Biden campaign, run by agents of Nicolás Maduro, to plant a hack into Dominion Voting Systems software, that changed a certain number of scanned votes from Donald Trump to Joe Biden.

First, let’s examine what that would require. In Georgia, Dominion Voting Systems was selected as the new vendor because it provided a paper ballot trail. The system works by voters making their ballot selections on a touch screen, then printing a ballot on a laser printer, on special stock, marked with a “QR” type 3D barcode. The ballot selections are also clearly marked on the paper. The voter has the opportunity to see the printed ballot that indicates the selections.

The voter then takes the paper, by hand, and inserts it into a ballot scanner, or hands it to a poll worker who, in the presence of the voter, inserts it. The scanner scans the QR code and records the ballot, and displays a message that the vote was cast.

In order for Powell’s assertion to be correct, in Georgia at least, the software would have to change a certain number of ballots from Donald Trump to Joe Biden. That would require marking the circle for Joe Biden and encoding the associated data embedded in the QR code to match that change. Fair enough.

The problem here is that for the scheme to work, all the votes changed would have to be votes cast using the touchscreen voting system. The scanner can also scan absentee mail-in ballots, but those don’t have the 2D barcode, since they were completed by hand. Those ballots could not be affected by the touchscreen software hack.

I voted in Georgia. I verified my printed ballot was exactly what I had selected on the touch screen. For me, the system worked exactly as it was presented. For Powell’s allegations to be true, there would have to be thousands of affidavits from voters who saw their votes change from Trump to Biden, or at least never checked the ballots. That would mean Trump’s legal team spoke to tens of thousands of voters to find the “pattern” and uncover the evidence they need.

Did they? Let’s say they did. They didn’t talk to me, though.

They would have to have done a similar canvass in all the other states they allege where there was funny business. But the evidence in the lawsuits, in the form of affidavits, have major defects, including a whopper Erick Erickson reported on, where reportedly over 100 percent of registered voters turned out on election day. Except they used the wrong state data: They reported on Minnesota’s data, not Michigan’s, in what Powerline Blog called “a catastrophic error.”

Let’s say those lawsuits are just cover, a delay tactic to make room for Powell’s releasing the kraken. Just a thought experiment here, right? Like Johnny Cochran and Robert Shapiro in the O.J. Simpson trial. The “real” evidence is coming.

Somehow, thousands of votes were changed, or the scanners managed to change just the right number of Trump votes, without voters complaining in person, and without the hand re-tally discovering the discrepancy in Georgia.

Perhaps there will be enough in the kraken evidence to indict Dominion Voting Systems and other companies, along with the federal agency that certifies these systems, in an enormous deep-state operation to subvert the will of the people.

Wouldn’t the President of the United States be under an oath of obligation to turn this evidence over to the Department of Justice for Attorney General Bill Barr to take action? Or is the FBI also involved? I don’t know–the FBI was certainly involved in the bungled Russiagate frame-up, so perhaps they can’t be trusted by our president either. But that was a different FBI, wasn’t it?

Is President Trump so paranoid of his own government–the government he is chief executive of–that he cannot trust evidence of the greatest conspiracy to suborn the duly elected POTUS to the arms of justice he commands?

Let’s say he is, and let’s say, for the sake of argument, that he’s right, and it’s all going to come out.

Is this–the kraken–the way to do it? Is it really going to be, by the thinnest of margins, the arm-twisting of election boards and threatening of election officials by Trump supporters, handing President Trump his rightful second term, under the greatest cloud of malfeasance in the history of American elections?

Is that how Trump wants to win? Was his always his plan?

Jonah Goldberg angrily paints the picture of what happens should Trump somehow get state legislatures to overturn the election and appoint electors to propel him to a second term, or do it by delaying certification and voting of the Electoral College, denying Biden 270 EVs, then having Congress–by state delegation–cast the vote for Trump.

What would the country look like in Trump’s purloined second term?

Look, I think “What if this were Obama?” is one of the lowest forms of punditry. But if Barack Obama tried something like this, after losing fair and square to Mitt Romney, we’d be hearing lots of conservatives talking about “Second Amendment remedies.” And as loath as I am to hint, even for rhetorical purposes, that violence is justified, they’d have a point.

If Obama actually succeeded in stealing the election in 2012, there would be riots. There would very likely be open rebellion in the military. And when the dust settled, Congress would likely vote to impeach and remove him (or at least I hope it would). What is your principled argument for why it should be any different with Trump?

Why would this be any different for Joe Biden? If Biden were sworn in, then the kraken evidence came out and was shown to be true, the House of Representatives would be forced to impeach him by a simple majority, and the Republican-led Senate would remove Biden with enough Democrats crossing the aisle to make the message stick. Then they’d do it all over again with Kamala Harris.

Besides that, as Andrew McCarthy, who has vigorously defended the president at times, wrote in National Review, state legislatures may not change the results of elections. “At this point, there are reasons to worry,” he chimed in. “Undeniably.”

We should worry. Because if Trump somehow prevailed, and the evidence wasn’t as advertised, our nation would be forever and irreparably damaged. Either Trump doesn’t care, which doesn’t paint him in a very favorable light, even for those who voted for him or enjoyed the results of some of his accomplishments; or he’s playing a very dangerous game.

I won’t mince words. I don’t think there’s a kraken at all. I think this is just a tactic for Trump to send out emails for two more weeks to raise cash to pay down his campaign debt. I think it’s a tactic to set up his “next thing” when he transitions seamlessly out of the White House and into something else.

The something else will be exactly what Trump has been doing the last four years, but without the bill signing, Rose Garden press conferences, and boring cabinet meetings. In other words, Trump will get to be his pure self again, without all the silly demands of being president.

I’m being honest in my opinion, and I might be wrong. I’d rather not be wrong, because if I am, either there’s a massive conspiracy by Democrats, the deep state, foreign agents, and an American voting systems company to steal an election, or there’s an attempt by a sitting president to retain power by the most nefarious and evil means possible. Neither of those possibilities is appealing in any way.

Even if Trump is right (which is beyond my imagination to believe given the lack of evidence so far), the kraken is not the way to win.

It’s time for reasonable people to stand up and refuse to participate in this dance any longer.