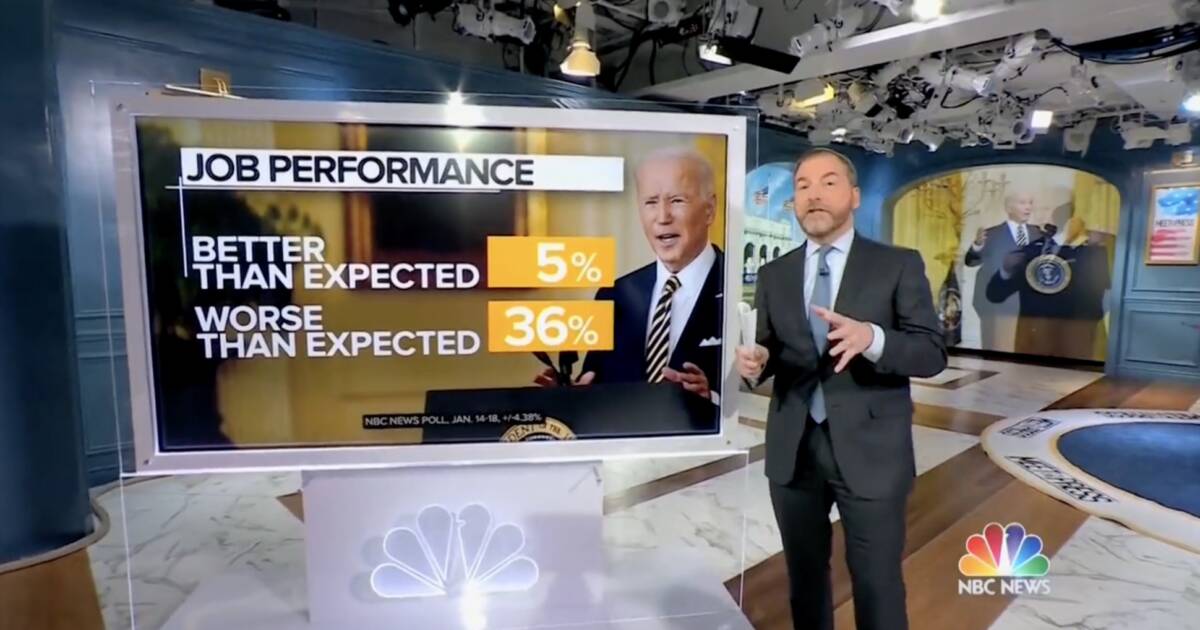 The left can no longer defend the Biden administration —it’s an objective failure. Even MSNBC’s Chuck Todd can’t put a positive spin on the first year of Joe’s time in the Oval.

According to Fox News, “During the opening segment on ‘Meet the Press,’ Todd, citing the poll, declared Biden’s 43% approval rating showed he’d ‘lost his identity,’ and was ‘no longer seen as competent and effective’ in the eyes of voters, spelling a potential “shellacking” for Democrats in November.”

“President Biden’s news conference on Wednesday was designed to kick off a second year reset of his presidency, recapture his political identity, if you will, but our new NBC News poll suggests Mr. Biden does need a reset because he’s lost his identity a bit,” Todd said, referring to Biden’s disastrous press conference last week that lasted nearly two hours.

“He’s no longer seen as competent and effective, no longer seen as a good commander-in-chief, or perhaps most damaging, as easy-going and likable. In fact, just 5% of adults say Mr. Biden has performed better than expected as president, one of the many lowest firsts and fewest in our poll,” he added.