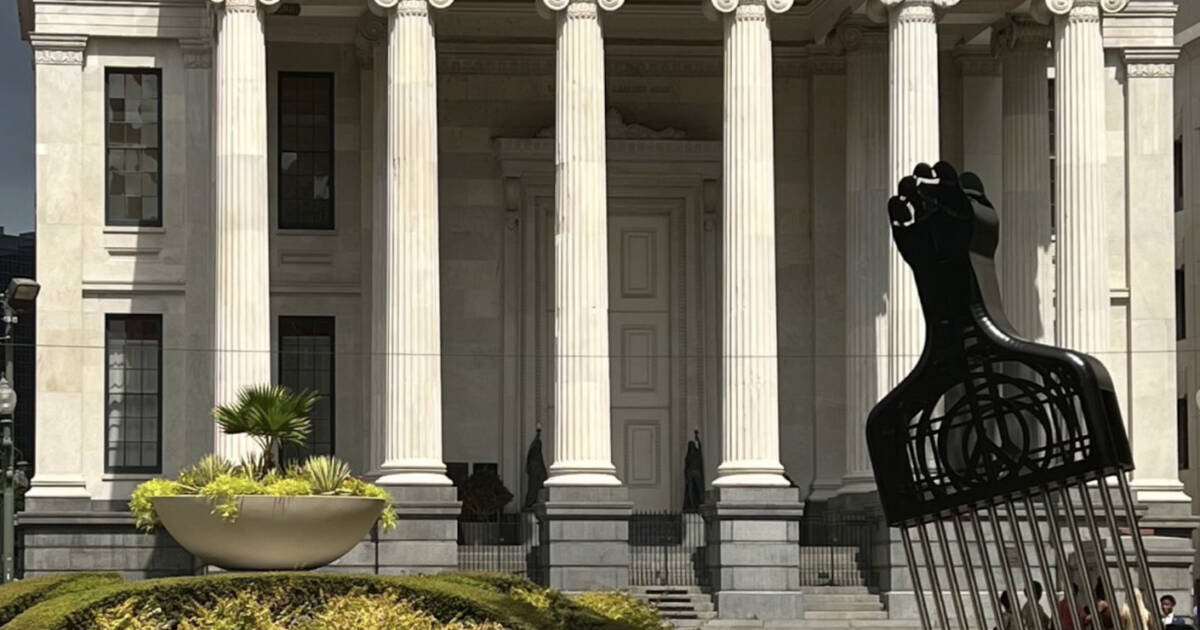 Barrington Martin II, the host of The Barrington Report, called the artwork “a joke” and “pathetic” in a tweet.

“Public monuments have a higher charge now. They can celebrate a specific individual, or a group of people, but they should also invite a broader conversation about how a memorial can connect to the rest of the world and represent its people,” Thomas said in a statement.