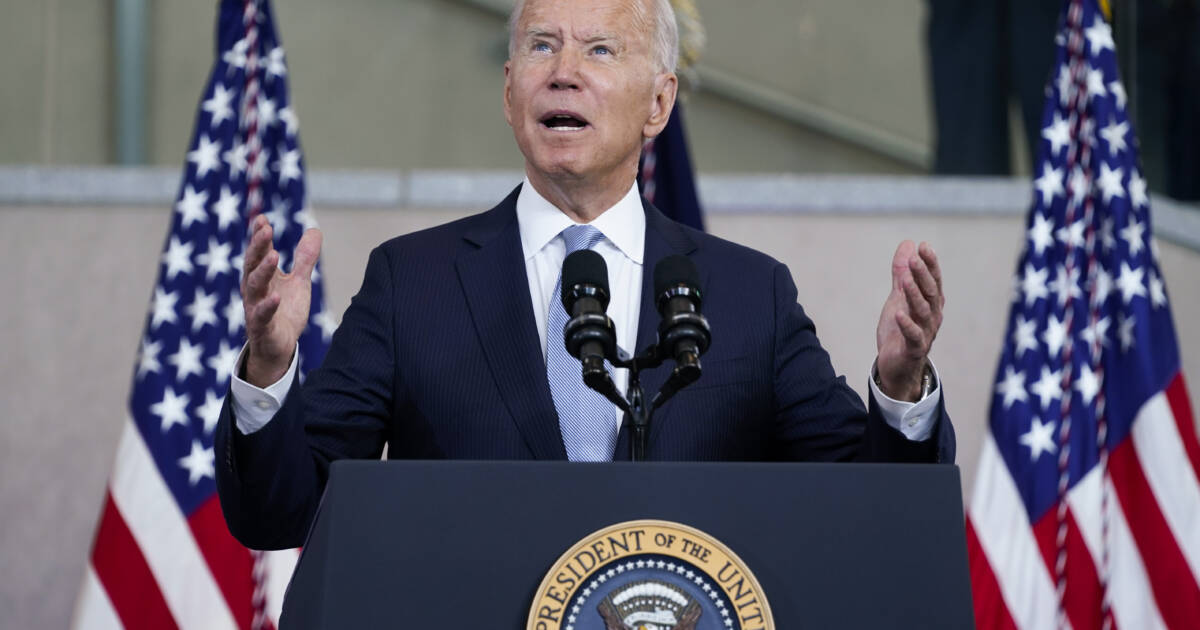 A new poll from Rasmussen Reports dropped Monday and it’s not looking good for President Joe Biden —50% of likely voters think Joe should be impeached.

According to Rasmussen, 1,000 likely voters were polled between January 26-27, 2022. The question? “Some Republicans in Congress have endorsed articles of impeachment against President Joe Biden, citing his immigration policy and his failure in Afghanistan, among other reasons. Do you support or oppose impeaching President Biden?”

74% of Republicans, 34% of Democrats, and 42 percent of Independents supported impeachment.

Tough numbers for Joe —but not his worst. In the aftermath of his botched Afghanistan withdrawal, 60% of likely voters supported his impeachment.

“After the botched withdrawal from Afghanistan in August, 60% of voters agreed with South Carolina Republican Sen. Lindsey Graham that Biden deserved to be impeached. If the GOP wins a majority in the House of Representatives in the November midterms, 45% of voters believe it is likely Republicans will impeach Biden, including 22% who think impeachment is Very Likely. Forty-two percent (42%) don’t think Republicans are likely to impeach Biden, including 10% who say it’s Not At All Likely, while another 12% are not sure,” the firm noted.