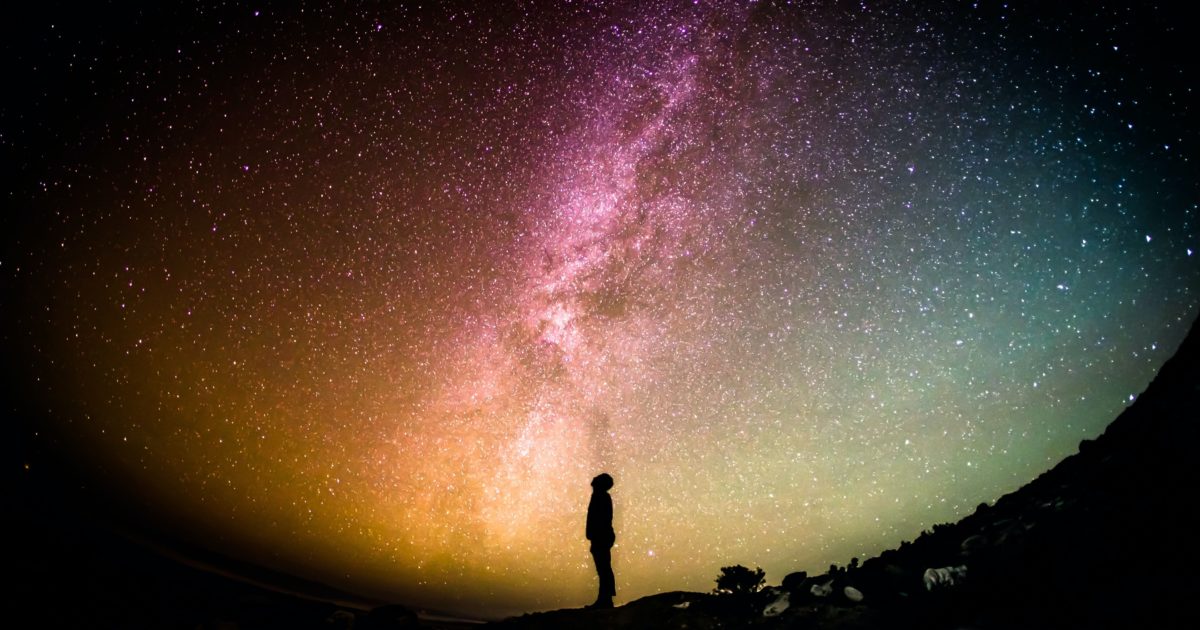 “Good” and “bad” people are really mental constructs and very dependent on one’s point of view, but “bad things” are pretty well established fact around the world. Dying is generally accepted as a bad thing, for instance. Being homeless, hungry, cold, lonely, and poor are objectively bad things.

We, in political high dudgeon, tend to get caught up in the “other side” rhetoric of who is “good” and “bad” yet ignore the objectively bad things that happen to people regardless of their status or what team they root for. This might be good for politics, but it’s horribly destructive to our spiritual health.

If you study the book of Job, thought to be the oldest text in the Bible, you see this played out wonderfully, with logic and rational reasoning between Job, who considers himself a good man, and his friends, who believe Job has something hidden in his character to provoke God to cause such a hurricane of bad in Job’s life. In Chapter 21, Job’s complaint to God and the wicked is clearly laid out.

4“Is my complaint directed to a human being?
Why should I not be impatient?
5 Look at me and be appalled;
clap your hand over your mouth.
6 When I think about this, I am terrified;
trembling seizes my body.
7 Why do the wicked live on,
growing old and increasing in power?
8 They see their children established around them,
their offspring before their eyes.
9 Their homes are safe and free from fear;
the rod of God is not on them.
10 Their bulls never fail to breed;
their cows calve and do not miscarry.
11 They send forth their children as a flock;
their little ones dance about.
12 They sing to the music of timbrel and lyre;
they make merry to the sound of the pipe.
13 They spend their years in prosperity
and go down to the grave in peace.
14 Yet they say to God, ‘Leave us alone!
We have no desire to know your ways.
15 Who is the Almighty, that we should serve him?
What would we gain by praying to him?’
16 But their prosperity is not in their own hands,
so I stand aloof from the plans of the wicked.

Let’s translate this to today’s language. A Catholic man who spent his whole life in politics, who at one time was a pro-life Democrat but has now set aside the cause of innocent unborn life, who has himself suffered many of the tragedies of Job, is going to be president. He aligns himself with many people who are like the ones Job described, who say to God, “Leave us alone! We have no desire to know your ways.”

This man replaces a man who has sided with Christian definitions of “good” causes like the sacredness of unborn life, the freedom to pray and teach our children to pray, and offering political blessings to other nations that support things American (mostly white) evangelicals value. But this man himself has said to God that he’s good enough, and doesn’t need to observe God’s ways–that somehow supporting others who do observe is enough to gain him God’s favor.

Obviously, the results here are not “good” from the (white, evangelical) Christian’s perspective of getting what we want. Perhaps it’s good to change our perspective instead of going further and further down a cave filled with conspiracy, ill feelings and curses against fellow humans on the “other side” of our political desires.

2 “Who is this that obscures my plans
with words without knowledge?
3 Brace yourself like a man;
I will question you,
and you shall answer me.

4 “Where were you when I laid the earth’s foundation?
Tell me, if you understand.
5 Who marked off its dimensions? Surely you know!
Who stretched a measuring line across it?
6 On what were its footings set,
or who laid its cornerstone—
7 while the morning stars sang together
and all the angels shouted for joy?

Indulge me a side trip into objective truth here if you would.

The Lord is invoking cosmic history as the foundation of His answer. The Bible repeatedly reminds us that God’s love, and His power, are limitless, infinite, higher than the highest mountain, deeper than the lowest valley, wider than the widest ocean, and so on, in simile that we mere mortals can comprehend.

I suppose God could say that His love is more real and as infinite as the value of Pi (𝝅), which is an irrational number that stretches on to infinity. Yet without 𝝅 we cannot describe a circle. Or maybe God can say he created Euler’s number (e), another irrational constant, without which we cannot mathematically express light waves, quantum physics or many other properties that we know to represent the truth of our universe and our reality. God’s answer to Job is that God created objective truth, because God created reality, which we can never perfectly represent with our limited perspective.

God’s love is reality, and is also irrational. From a rational perspective, we cannot fathom why good things happen to bad people–why the wicked prosper. We cannot understand why couples who want a child are struck with miscarriages and stillbirths and children with severe disabilities. We can’t understand why people who “shout their abortion” go through life without a care, having money, comfort and political power.

But we are not God.

There is no “good” and “bad” in terms of people, because God created us all equally imbued with His spirit, and with moral free agency. The angels do not possess this–they have great power in our reality, but limited to what God allows them to do. Angels who rebelled against God’s ways are excluded from His plan. Men who rebel against God’s ways are blessed and welcome to join Him if they merely accept His Lordship over their lives. Angels cannot repent, nor can they return from their prodigal ways. They either serve God or oppose Him, and therefore oppose us, as their jealousy of our blessings consumes them.

Even the most demented and depraved human is not “bad” enough to be rejected by God if they repent and turn to Him with a tender heart.

When we pray that God would grant us power and comfort because of our own “good” intentions, and that He would punish the “other side” for their wickedness, we are not really working in God’s plan. His plan is to redeem us all.

The truly wicked, those whose lives end without redemption, gain their full reward. They are forever separated from God. This one fact, if held to the standard of our political beliefs, should overwhelm all other discussion. In fact, the mere possibility of eternity in Hell should be the only discussion worth having in this life.

My complaint about the other side is that they are not loved enough, not cherished enough, not valued enough by many who say they are on the Lord’s side, to show them, through objective good works, kindness, gentleness, patience, long-suffering, joy, and above all, love, the infinite and irrational riches of God’s reality.

God bless ye merry gentleman, and enjoy the next few weeks as we approach Christmas, the celebration of the birth of Joy in the world, that shows us how we are to live each day.