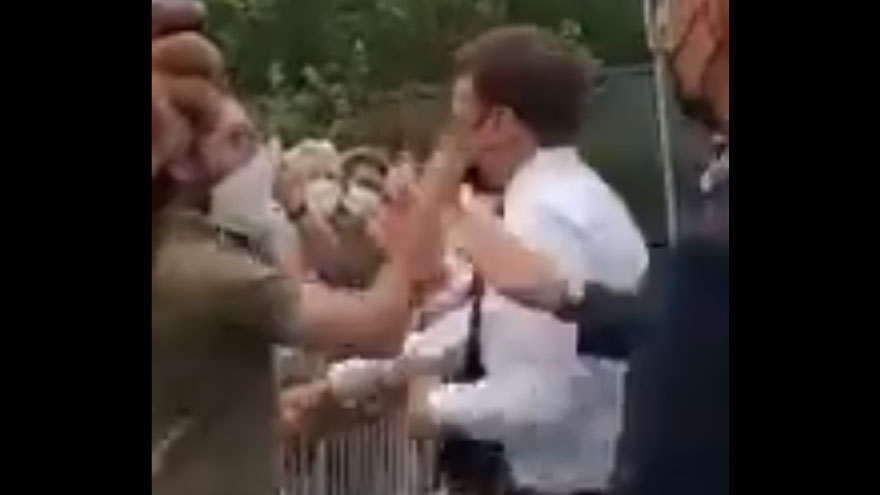 According to Reuters, French President Emmanuel Macron was slapped in the face on Tuesday while on a walkabout in southern France. Watch the video below:

The Slapper can be heard saying “Down with Macronia” (“A Bas La Macronie”) and then he delivers a five-finger wake-up call straight to Macron’s face.

Prime Minister Jean Castex was outraged, saying the incident was an affront to democracy.

Democracy will be fine; Macron is just a little red in the face.