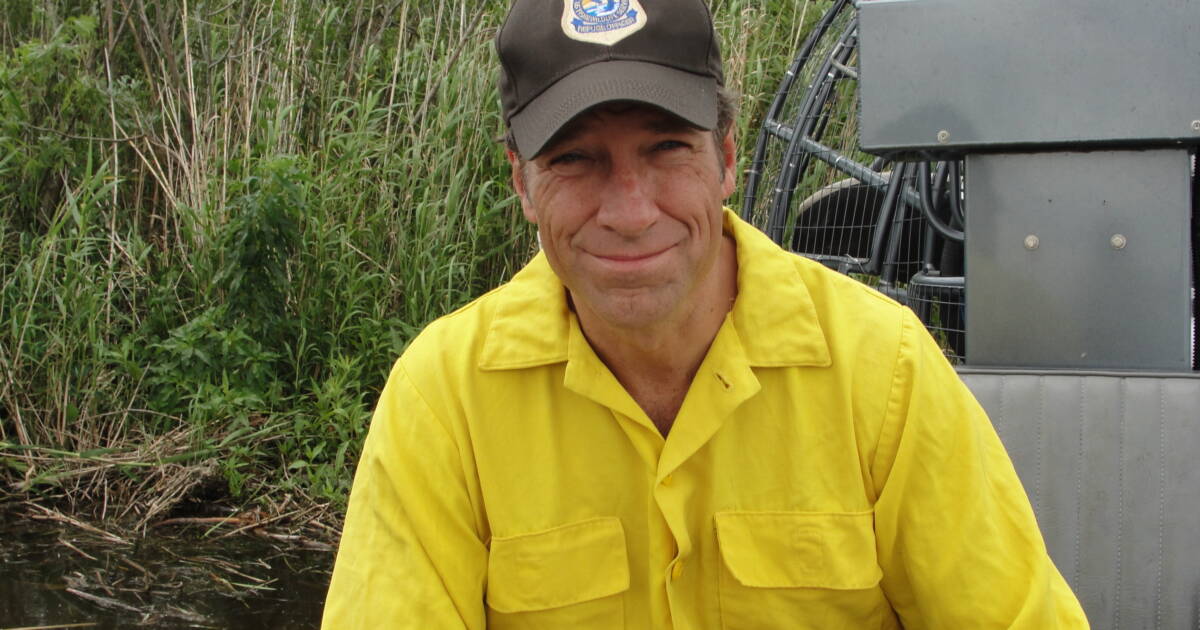 Mike Rowe has COVID-19. He got it from his neighbor, after a year of traveling, producing television, staying in hotels, taking airline flights, and getting his jabs. His neighbor barely has a sniffle, and Mike is also exhibiting no worse symptoms than a mild cold. But the fact that the “Dirty Jobs” star hasn’t lived petrified by fear has many angry with him.

Whenever I posted an update about where I was, the reaction on this page was mixed. Many were pleased to see me back out in the world. But many others were not. Here’s a post from a fan named Darlene Gabon, shortly after I shared some photos from a Dirty Jobs shoot back in July of 2020.

“Mike. Is it really so important to film a television show in the midst of pandemic? Is it responsible of you to encourage this kind of behavior when infection rates are spiking? With so many new cases every day, aren’t you concerned?”

My response to Darlene began with, “Of course I’m concerned, I’m just not petrified.” https://bit.ly/3z0Gk5o. I then went on to explain that I was comfortable working in the age of Covid, because, after a lot of reading and a lot of research, I had come to accept three very simple truths about this disease.

1) COVID will always be with us, in some way, shape or form.

A great many people are arriving at Mike Rowe’s conclusion. Here’s a thread that gained lots of negative attention on Twitter:

“One can don an FFP2, FFP3, N95 mask, or a hazmat suit, or whatnot, but at this stage, all this may achieve is to delay the time until some of us will get infected, and thereby marginally prolong the pandemic,” tweeeted Professor Francois Balloux, director of the London-based UCL Genetics Institute.

“Vaccine protection against infection is meh, though protection against severe symptoms, hospitalisation and death remains stellar (~20x), including against Omicron. There’s also no moral failing in catching a respiratory virus. It’s OK; it’s life, which sucks at times.

”It gives me no joy to announce the inevitability of SARS-CoV-2 becoming endemic, and in an ideal world I wished we could have avoided yet another respiratory virus circulating in the community (there are already ~200 including 4 HCoVs), but the world is just not always ideal.”

While the unvaccinated continue to receive the lion’s share of sickness, it’s becoming clear that omicron is not being stopped by what was considered “full vaccination” just a month ago. We were sold on the basis of effective vaccines giving us 90% or better protection from infection, but the way pandemics tend to run flies in the face of that expectation.

In fact, for individuals who received two shots of Pfizer-BioNTech, the vaccine is only around 40 to 50 percent effective, which rises to 70 to 75 percent with a booster. The CEO of BioNTech, Ugur Sahin, said “It is obvious we are far from 95 percent effectiveness that we obtained against the initial virus,” according to Euro News.

Moderna reported its 50-mcg booster shot boosts antibodies 37-fold, while a full 100-mcg dose boosts 83-fold, which, according to the company, “appears to be protective against omicron.”

What we can see from these numbers is that COVID-19 is mutating faster than vaccines can adapt, staying longer than antibodies can protect, and the variants that “break out” are the ones that spread far faster, and are most resistant to current vaccinations. This only makes sense, as that’s how nature selects mutations that replicate versus ones that don’t. It’s math.

Early in the pandemic, people like Mike Rowe realized that we will always have COVID-19 with us, and that eventually, we will need to learn to live with it. But a significant portion of our population was sold, and bought, a story that we will be able to defeat COVID-19 and go back to “the way things were,” the alternative being that we have to live in pandemic-land forever. They were given a false choice, coupled with the false hope of “COVID-zero,” where we stop all spread and let the virus die out. Hey, I believed it too.

Unfortunately, SARS viruses are not measles or polio. Those viruses are fairly stable, though contagious. One vaccine can achieve full herd immunity for measles, and the original IPV polio vaccine is potentially just as effective today as the new versions that have been refined for easier production. Not so with SARS, and the folks who study SARS knew it all along because they’ve been studying it for decades.

That means Dr. Anthony Fauci, the voice of reason and friend of health reporters for four decades, in his role as Director of the National Institute of Allergy and Infectious Diseases, knew that once the COVID-19 pandemic started, that it would likely end with the disease becoming endemic, as a seasonal virus like the flu. They all knew that there would have to be an infrastructure of coronavirus surveillance, reporting, contact tracing, analysis, vaccine development and boosters, effectively forever. They always knew.

But instead of selling that to the public, Fauci told us what we wanted to hear, and first played the public to not use masks because he decided medical professionals needed them more. Now, after telling many versions of the “story,” Fauci is recommending that we should consider a permanent vaccination requirement for air travel, according to the New York Times.

While I don’t wish COVID-19 on anyone (I got it before vaccines came out; it sucks), I also don’t wish the flu, being hit by a drunk driver, getting food poisoning, being bitten by a tick with Lyme disease, or contracting MRSA during a routine surgical procedure. The risk of dying from many of these afflictions is as great as dying from COVID-19 if you’re vaccinated. However, the risk of one day contracting COVID-19, versus never getting it at all, is very high. The vaccines don’t protect for very long—months—and the virus will continue to mutate because once it’s in the entire world population, there’s just too much diversity to completely kill it.

We’re entering the endemic phase, where the pandemic is over, and now we must learn to live with COVID-19. But the people who bought the original story won’t accept buyer’s remorse. They are angry that anyone would not be petrified of living with COVID-19, an example being Mike Rowe.

Politicians take out their frustration, not on the people who sold the story (including themselves), but on the public. They blame red staters, Trumpists, anti-vaccine activists, and ignorant celebrities who don’t want to get their shots. But the people who don’t get vaccinated are largely harming themselves. Our vaccine effectiveness is high enough, and omicron is mild enough, that practically none of the vaccinated cases require hospital care. They are not effective enough, however, to stop the spread worldwide. They will probably never be.

Among the unvaccinated, yes, some will require hospital care, and some will die from their own pride, intransigence and fear. That’s sad and concerning. But the fear that our hospital systems will be overrun with them is not being borne out by other countries’ experiences.

China is considering moving away from “COVID-zero,” as have New Zealand and Australia. New Zealand at one point declared victory over the virus, but those heady days are over. China isn’t yet ready to declare the virus “endemic,” but it’s really inevitable at some point. There’s no option to go any other way.

COVID-19 will never go away, and will become endemic. There’s no “beating” COVID-19 in the way that we were sold back in 2020. Blame Donald Trump if you wish—he’s the one who said it would be gone by Easter. But our entire healthcare establishment which exists to deal with pandemics, including the CDC and NIAID, knew pretty much from the start that they were selling false, or at least very shaky, hope.

That’s not to say we’re stuck with a deadly virus forever. There’s been amazing progress on therapeutic treatments for those who contract COVID-19, even the unvaccinated. There will continue to be progress on better vaccines, like the one developed by the U.S. Army which is said to be effective against all variants. We will continue to make great strides in fighting COVID-19, and eventually, I believe we will learn to live with it in the sense that “normal” is what we considered normal before the pandemic, or with the seasonal flu.

Except we weren’t promised “progress” and “therapeutics” and more vaccines and boosters forever. We were promised an end. They didn’t deliver. As Mick Jagger wrote, “you can’t always get what you want.”

I know that’s not good enough for those angry at unvaccinated people who still refuse to get the shots. It’s not good enough for people who believe we should all be masked all the time, and that schools should be ready to shut down and go virtual again at a moment’s notice. They are reacting to their anger that not everyone is petrified, or believes that “COVID-zero” is possible anymore.

“COVID-zero” was always a fantasy. I know that now and many others are coming to that conclusion. There never was a choice. Eventually, practically everyone will get COVID-19, and the only choice we have in getting vaccinated is how severe our symptoms will be. If you want to continue being angry at people who accept this, and angry at people scared of the vaccines, then that’s on you. I’d rather be angry at the people who knew better but sold us something else.