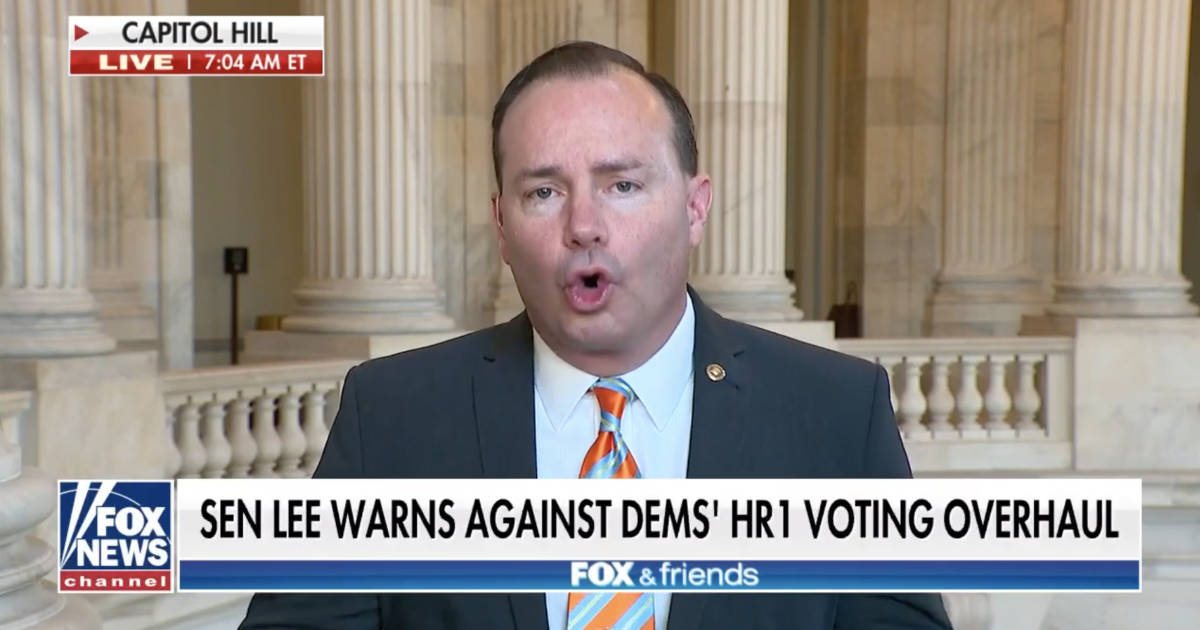 Sen. Mike Lee (R-UT) appeared on Fox & Friends Wednesday and delivered an absolutely blistering explanation of the Democrats’ so-called “For the People Act,” which takes aim at elections.

What does Lee think? “This is a bill as if written in hell by the devil himself,” he said.

“I think I disagree with every single word in HR1, including the words ‘but,’ ‘and,’ and ‘the,'” the Senator said. “Everything about this bill is rotten to the core. This is a bill as if written in hell by the devil himself. This takes all sorts of decisions that the federal government really has no business making. It takes them away from the states, makes them right here in Washington D.C. by Congress.”

Here’s what’s in the bill, according to Fox News:

The bill removes a multitude of restrictions created within the U.S. voting system and proposes to expand voting rights to felons, allow people to vote with a sworn written statement as opposed to a valid ID, and institutes automatic voter registration nationwide.

Besides calling it a bill from hell, Lee had some other choice words. Watch them below: